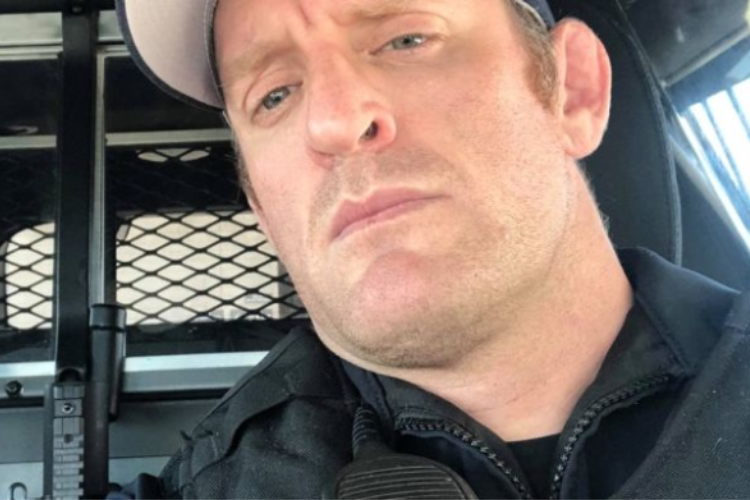 A police officer with the Port of Seattle Police Department is being fired because he refused to remove a video in which he urged other police officers to “do what is right” and “follow the Constitution.”

Watch the video below.

Anderson expressed his displeasure at the fact that police officers are being asked to trample the Constitutional rights of the people for whom they are expected to serve. He points out that examples like this are just one of the reasons why there’s so much public mistrust for police officers.

It wasn’t long before Anderson was ordered by the police department to remove the video. Unsurprisingly, his refusal resulted in his imminent termination. He wrote on Instagram, “I’ve received tons of questions regarding my termination from the Port of Seattle Police. So I figured I should explain. I have been placed on administrative leave (still being paid) pending investigation. I was told by both the agency and my union that this will result in termination due to it being an insubordination charge for refusing to take down the video. I’m not sure what the timeline looks like. I walk un-intimidated into the fray.”

Anderson has maintained his refusal to remove the video. A GoFundMe has been created to support Anderson and you can donate here.

If you think about it, how terrible is it that a police officer who encourages other cops to do the right thing is fired for it? This says nothing about Anderson and everything about the Port of Seattle Police Department.

Anderson isn’t the only cop who has complained about being asked to police social distancing.

Greg Anderson isn’t the only person who believes that police officers should not be enforcing social distancing requirements. In New York City, there has been a spate of unpleasant interactions. Time reports:

he New York City police department (NYPD) is conducting an internal investigation into a May 2 incident in the East Village involving the violent arrests of multiple individuals, allegedly members of a group of people who were not social distancing. Video footage of the arrests has been widely circulated, leading to criticism of what has been viewed as both excessive and inconsistent enforcement of public health mandates amid the coronavirus pandemic…

…The incident is far from a one-off: In Brownsville Brooklyn, a video posted on Twitter on May 3 showed police aggressively engaging with groups of people as observers watch. In East New York on May 3, three NYPD officers were filmed engaged in a violent arrest, allegedly as a result of a social distancing infraction. And on May 6, footage showed police punching two men filming another social distancing arrest. (source)

Police departments in New York City have been drafted by Governor Cuomo to enforce social distancing policies as the weather warms up and more and more people want to be outside. Experts say that officers should not be put in this position.

“We need to move away from using the police and the law enforcement system to respond to social and health problems,” Gangi says. He points instead to public health professionals and experts as a preferred source of guidance and interventions.

The NYPD’s main union, the Police Benevolent Association of New York City (NYC PBA), has also called for an end to the NYPD’s oversight of social distancing, describing the situation as “untenable.” (source)

Isn’t it fascinating that we have one officer, Greg Anderson of Seattle, who does the right thing and gets fired, while we have other officers who display violence toward people who are not out there committing felonies and that’s just fine by police departments in New York City?

People aren’t thinking about the ramifications of snitching on their neighbors.

There have been numerous calls to law enforcement with people snitching on their neighbors for not “social distancing” enough. One officer and author, Greg Ellifritz, wrote about this phenomenon on his excellent blog and explained the true potential ramifications of calling the cops about your neighbors’ kids riding their bikes together.

…I believe that people should be staying home and distancing themselves from others.  Despite these beliefs, I do not think that it’s productive to call police to report violations of the stay at home order.

Think about this.  If your goal is to stop the virus from spreading, you are failing miserably by calling the police. Do you really want those kids to be contacted by a police officer?

We cops are running around everywhere, arresting people with the virus, going into sick people’s houses, and dealing with literally every dead body in town. Undoubtedly some of us are contagious right now and not showing symptoms. Are you sure you want one of us to go talk to the kids playing too closely on the playground? The chance of a cop infecting a kid (or vice/versa) in that scenario is far greater than a child infecting another child.

In addition to exposing the violators to the cops (and the cops to the violators), we must also understand that all of these orders are ultimately enforced at the point of a gun.  If people refuse to comply, they will be arrested.  If they resist the arrest, they may be killed.  That’s something that few people consider.  Do we want the penalty for failing to stay six feet away from someone else to be death?  If people resist arrest, that may be the result.

Even if they comply with the arrest process, they may be dramatically increasing their risk of death from the virus.  In my state, a violation of the quarantine order is a second-degree misdemeanor punishable by a $750 fine and/or up to 90 days in jail.  (source)

Think about that – it really could end up being the death penalty. Do you really want “social distancing” to be enforced to that extent?

This will end badly. I’ve written before about watching out for violence and civil unrest. We’re already seeing it to a certain degree, such as the examples I cited in NYC. How long before the people say, “Enough is enough?” That’s the day that all hell breaks loose and it won’t be unjustified if it’s because people are responding to their rights being violently taken away.

Should police officers be the enforcement wing of the health department? Should they be out there harassing, arresting, or beating people for not staying six feet away from one another or not wearing masks? Is not social distancing a criminal act? Share your thoughts in the comments.