Poison Apples: “Organic” Fruit can be Tainted by Antibiotics until Fall 2014 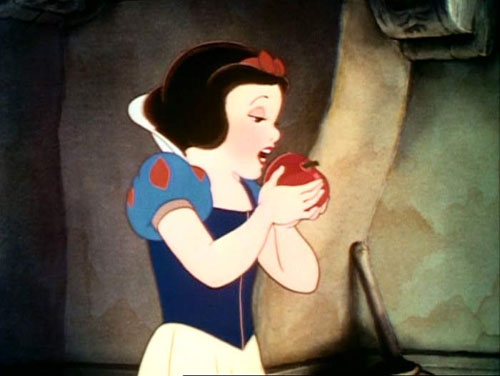 There’s a dirty little secret in some organic fruit orchards.

That juicy apple or pear that you just paid triple the price for may have been sprayed with antibiotics.

The National Organic Program published a final rule today that addresses the use of three substances in organic agriculture with specific limitations that would support production and processing of organic products.

Effective August 3, the allowance for the use of tetracycline in organic apple and pear production will be extended until Oct. 21, 2014, providing two years for the development of alternatives for fire blight control. Additionally, producers will have the option of using formic acid as a means of controlling varroa and tracheal mites in organic honey bee operations, while processors will have the option of using attapulgite, a nonsynthetic processing aid, for purification of plant and animal oils.

So those outrageously expensive organic products may have been treated with tetracycline, formic acid, and attapulgite, none of which really sound that organic to me.  (Formic acid and attapulgite will be discussed in upcoming articles).

The tetracycline came into use as a disease called “fire blight” has swept through the nation’s orchards. It has been allowed to be used in  orchards bearing organic certifications since 2002.  I thought that avoiding conventionally farmed meats would be enough to protect us from random doses of antibiotics, never considering that the fruit I purchased would have been treated with them.  In a world that is hurtling towards an antibiotic apocalypse, this is an outrage.  Lizzie Bennett wrote:

The message the article contains is blunt, unequivocal and terrifying. Professor Sally Davies, the Chief Medical Officer for England said:
It is clear we might never see global warming. The apocalyptic scenario is that when I need a new hip in 20 years I’ll die from a routine infection because we’ve run out of antibiotics”20 years. Two decades. Our lifetime.The World Health Organisation has also issue a warning saying that the world is moving towards a ‘post antibiotic era’ unless urgent action is taken.

According to the Organic Consumers Association, the practice of spraying fruit with antibiotics is a real concern.  “Use of antibiotics on fruit trees may not play as important a role in antibiotic resistance as the rampant use of non-therapeutic antibiotics in livestock, but it does have an impact on the pool of antibiotic-resistant bacteria – something organic agriculture should not be a part of…Every time you eat an organic apple or pear, you risk exposing your gut flora to measureable levels of streptomycin and tetracycline. This increases your chances of developing resistance to these important antibiotics, both of which are essential to treating human disease.”

Tetracycline is the weapon of choice against fire blight, a serious disease that can wipe out entire orchards in one season. It has proven effective in treating the trees.  However, according to a report by the Cornucopia Institute, “Medical experts testified that environmental contamination, by using air blast sprayers to apply the same antibiotics as humans depend on, over wide acreage, is a significant danger in developing antibiotic resistant bacteria.”

According to Wikipedia, ” Tetracycline is a broad-spectrum polyketide antibiotic produced by the Streptomyces genus of Actinobacteria, indicated for use against many bacterial infections.”  WebMD discusses some of the problematic side effects of tetracycline:

This medication may rarely cause a severe intestinal condition (Clostridium difficile-associated diarrhea) due to a resistant bacteria. This condition may occur during treatment or weeks to months after treatment has stopped.. Do not use anti-diarrhea products or narcotic pain medications if you have the following symptoms because these products may make them worse. Tell your doctor immediately if you develop: persistent diarrhea, abdominal or stomach pain/cramping, blood/mucus in your stool..

Use of this medication for prolonged or repeated periods may result in oral thrush or a new yeast infection (oral or vaginal fungal infection). Contact your doctor if you notice white patches in your mouth, a change in vaginal discharge or other new symptoms.

This is not a complete list of possible side effects. If you notice other effects not listed above, contact your doctor or pharmacist.

As someone who grows food for my own family, I certainly can’t argue with the fact that a farmer would not want to lose an entire orchard.  In the same situation, I would probably treat my fruit trees, albeit grudgingly.  BUT I WOULD NOT CALL THE HARVEST “ORGANIC” and therein lies my issue with the treatment of organic fruit.

So how is it that these fruits still bear an organic label?  The USDA explains it:

While organic principles require the use of biological, physical or mechanical methods or natural controls to prevent or control crop pests, weeds, and diseases, the organic regulations permit use of carefully evaluated inputs when natural methods are insufficient to address critical issues of production.

Not only do we have to worry about our own antibiotic resistance when consuming fruit, the blights themselves are becoming resistant to the antibiotics.  Initially they were treated with a different antibiotic, streptomycin.  Fire blight is now resistant to that drug and that’s why farmers are using tetracycline.  Clearly there’s a pattern developing, and they will have to step up to an even stronger antibiotic in the future.  “To the degree that fire blight is becoming resistant to these antibiotics, it’s their own race to the bottom,” says Consumers Union’s Urvashi Rangan, director of consumer safety and sustainability.

A survey undertaken by the Cornucopia Institute points towards the conclusion that the application of antibiotics is NOT essential in apple production:

The Cornucopia Institute surveyed all certified organic apple and pear growers in the United States. Of the apple producers who responded to the survey (a strong 11% response rate), The majority, 56%, reported that they have never used oxytetracycline or streptomycin in their orchards. Even in the giant apple producing state of Washington, 54% had never used antibiotics on their trees/fruit.

Obviously, the majority of farmers have proven, by using more conservative cultural practices (not crowding trees, using resistant cultivars and rootstock, etc.) and naturally-based remedies, that the use of antibiotics is not essential in apple production.

As well, growers who produce fruit for export to Europe do not use antibiotics because the application is banned from use under international organic regulations.  You can learn more about the use of antibiotics in organic fruit production HERE.

Consumers have two more seasons to contend with this issue.  The National Organics Standards Board has just voted that the spraying will be allowed to continue past October 2014. Until then, however, that organic apple you’re biting into might not be as organic as you think it is.

The industry has scoffed at concerns of consumers, producing reams of statistics that say a person would have to consume 1000 apples per day to ingest a dangerous, or even therapeutic, amount of antibiotics. What these scientists don’t really understand is that the problem with the use of antibiotics in organic fruit production is greater than simply concerns about antibiotic resistance. The issue is trust.

I am willing to pay the extra money to purchase food that is free of chemicals and genetic modification – I do so without complaint because I believe that is what’s best for my family.  But I’m complaining now.  It’s not reasonable to me that these foods can still bear the organic label.  I already lost all faith in the FDA and the grocery industry, and now, I’m starting to lose faith in the organic industry too.

If you don’t grow it, you don’t know it, even if the label says “organic”. 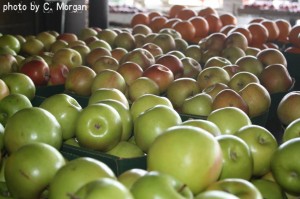