Philosopher Solves “Problem” of Open-Carry: Terrified Patrons Should Dine and Dash Because “lives could be on the line” 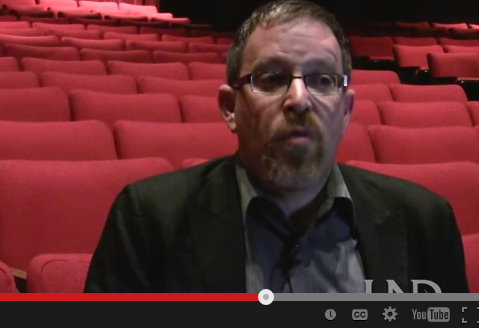 Do you ever read something that defies logic to such a vast extent that you have to read it twice to make certain you understood it correctly? Or you have to look it up because you think (hope) it’s satire, because it’s just so ridiculous it couldn’t be serious?

If faced with a person open-carrying a legal firearm, you should STEAL to express your disapproval.

That is precisely what philosophy professor Jack Russell Weinstein of the University of North Dakota is recommending. For real.

Weinstein, clearly, is not a fan of the Second Amendment. So greatly does he abhor the right to bear arms that he has come up with a “solution” to solve the “problem” of people who legally open-carry a firearm into businesses, and the “problem” of businesses that allow people to exercise their Constitutional rights.

If you’re enjoying a nice meal at a restaurant with your family and you see a man carrying an assault rifle walk in, it could be one of two things: either he’s a crazy person intent on killing someone or he’s a crazy person intent on showing his gun off in public and daring someone to ask him to leave it at home. While the NRA would say just give him the benefit of the doubt, the possibility that you could be the victim of a shooting might make you lose your appetite.

You would think that businesses wouldn’t want that kind of scenario being played out in their establishments – people afraid of dying don’t usually stay for dessert – but instead they are more concerned with upsetting the guys with guns. (source)

Yes, those inanimate objects can certainly be hell on the digestive system, can’t they?  Why, the mere thought of those big scary weapons….how could anyone possibly continue consuming a meal in the presence of such a thing?

Thankfully, a brilliant philosophical mind has solved this issue for us so that we can turn the tides on these pantywaist businesses who…um…you know… support Constitutional rights. Hold on to your halos, because this is officially the most idiotic thing I have read in a while:

My proposal is as follows: we should all leave. Immediately. Leave the food on the table in the restaurant. Leave the groceries in the cart, in the aisle. Stop talking or engaging in the exchange. Just leave, unceremoniously, and fast.

That’s right – you are risking your life, ladies and gentlemen, by being in the mere presence of a weapon.  Heaven only knows when the gun carrier will completely lose control and open fire!

But wait – it gets even more absurd.

The author of the article wholeheartedly supports Weinstein’s “solution”, reinforcing that gunless patrons are indeed living on the edge of catastrophe by continuing to eat their meals if a gun-toting, liberty-loving American happens to also enjoy the cuisine at that establishment:

It may seem rude or embarrassing to simply walk out, but is the alternative any better? In a very real sense, lives could be on the line and putting yourself at risk in order to not offend is not a smart move. It also hurts businesses where it matters most: their profits. If you leave without paying, you just cost the business a sale. If they want you to pay, they should do a better job of making you feel positive that you aren’t about to get shot. If businesses don’t like that then they have to go through the awkward motions of explaining why they are more concerned about a bill then they are about their customers’ safety. (source)

If you need more evidence that over-educated Liberals really are from another planet, look no further.  You can hear it right from the philosopher’s lips in the video below:

Yeah – this respects everyone’s rights…except the business owner’s. Despite Weinstein’s assertion to the contrary, partaking in a good or service without paying for it is, theft, plain and simple. What an absolute crock.  His argument that it is not discrimination is ridiculously flimsy. He says that it is wrong for people leave a business with an unpaid bill because they are racist or anti-gay, because the person of the race or orientation that offends you is not a threat. This flawed argument assumes that every single gun owner in America is a threat, despite the fact that most gun owners have never actually fired their weapons at another human being outside of military service.  This does nothing but further a gutless culture of fear, the very culture of gun-phobia that the liberal folks are nurturing in our school systems, entertainment, and media.

I have a solution which is perfectly legal and doesn’t include theft: If you are too terrified to be around completely innocent people in public, you should STAY HOME.  You should not go out and then think you are justified in stealing.

Thankfully, there are still real men around, because if all we had left in America were these quivering chihuahuas with large vocabularies, liberty, already endangered, would become completely extinct.