Omen for Americans: Malnutrition Doubles in the UK as the Economy Falters

A report in the UK Daily Mail says that hospitalization cases for treatment of malnutrition have doubled over the past 5 years. The increase is linked to Britain’s crippling economic downturn.

Easington MP Grahame Morris, who sits on the House of Commons health select committee, told the Chronicle that the figures should be an alarm bell.

He said: ‘I certainly think the Government’s policies on austerity with cuts in public services and welfare benefits have been a contributory factor.

‘I suspect, with increasing fuel bills, many low-income households in the North East, especially older people, are having to choose between heating and eating.’

Ministers have previously argued that a surge in demand has in part been fuelled by jobcentre staff being allowed to refer the unemployed to food banks for help.

Cuts to benefits, frozen or falling wages and rising living costs have been blamed in part for some people struggling to make ends meet.

The figures come as the Archbishop of Canterbury has urged Christmas shoppers to give money to Britain’s expanding network of food banks rather than splash out on expensive presents.

The Most Reverend Justin Welby made the appeal in reaction to news of a shocking increase in the number of impoverished Britons now relying on food handouts. (source)

Is this our future?

As the US economy continues to collapse and the processed food industry continues to churn out ever-cheaper, ever-more-toxic garbage, we are going to see malnutrition cases increase dramatically in our own country.  The poor are targeted by advertisers selling the most chemical-laden, GMO-filled substances masquerading as food, while simple, nutritious organic foods are out of reach for the average American.  Those of us who prioritize real food are painted as “snobs” and “elitists” while marketers try to make fast food and packaged food the first choice for lower-income consumers.

Of course, those of us in the know realize that looking after our health by filling our bodies with what was meant to nourish us is just good sense, and not an exercise in snobbery.

We can easily compare our own financial situation to that of the UK, who can compare their situation to that of Greece.  The pattern is the always the same when economies crumble, and we’d be wise to use the information trickling out of Europe to serve as a guide to our preparedness steps.

As a measure for the future, it is vital for the health of your family to stock up now on the most nutritious foods you can. Also purchase good quality vitamin supplements, heirloom seeds, and the necessary items from producing and preserving as much of your own food as possible. Keep in mind that the things no one can take for you are your knowledge and skills.

If we can’t learn from history, we’re doomed to make the same mistakes that others did. People who were formerly middle class are now in line at food banks and recipients of government benefits. As things collapse further, food bank donations will slow down and benefits will get slashed again and again until they are gone. Watch closely the situations in Europe and the UK, because as their events unfold, we can see our own future. 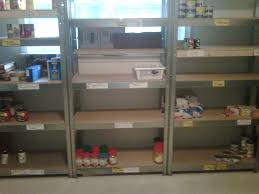 Survival Saturday: Ominous Economic Signs, an Asteroid, a Manifesto and some PC Woe