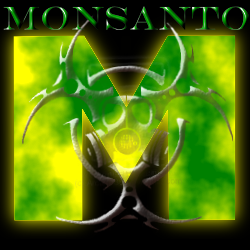 Of course, it’s hard to honestly expect President Barack Obama to do the right thing, but many people held out hope that he would veto the most dangerous food act ever to pass the US Congress.  After all, one of his campaign promises the first time around was to enforce the labeling of GMOs.  His wife has that famous organic garden on the White House lawn.  We can trust the Obamas, right?

Yesterday, that slender hope,  the hope that Obama might finally do something for the good of the people instead of the good of the special interest groups that donate heavily to his campaigns, was dashed.  Obama, once again, showed that he is for sale to the highest bidder – and this time that bidder is Monsanto.  Despite a petition that garnered over 250,000 signatures in just a few days, he signed the Monsanto Protection Act into law, completely ignoring the wishes of the people.  In fact, a press release has not even been issued by the White House to give the impression that the highly successful petition was considered.

Food Democracy Now has not given up the battle, however:

We regret to inform you that late last night President Barack Obama signed H.R. 933, which contained the Monsanto Protection Act into law. President Obama knowingly signed the Monsanto Protection Act over the urgent pleas of more than 250,000 Americans who asked that he use his executive authority to veto it. President Obama failed to live up to his oath to protect the American people and our constitution.

Today we’re calling on President Obama to issue an executive order to call for the mandatory labeling of genetically engineered foods.

Not only is GMO labeling a reasonable and common sense solution to the continued controversy that corporations like Monsanto, DuPont and Dow Chemical have created by subverting our basic democratic rights, but it is a basic right that citizens in 62 other countries around the world already enjoy, including Europe, Russia, China, India, South Africa and Saudi Arabia.

Join us in demanding mandatory labeling of GMO foods. Now’s the time!

Please take a moment to click the links above and get involved.  We’ve lost the battle, but not the war.   I’m personally pledging at least one article  per week about Monsanto, their incestuous relationship with the government and their toxic grip on agriculture.  I urge everyone to raise a deafening public outcry – every voice adds to the noise that we can create.  Let’s make a noise that cannot be ignored.

The Monsanto Protection Act was slipped quietly through the Congress, in the usual devious manner.  Officially called the  Farmer Assurance Provision, the resolution puts Monsanto, with all their toxins like the cheerfully dubbed Agent Orange and Round-up, as well as their genetically modified monstrosities, beyond the reach of the judicial system.  The courts cannot stop the death brokering company from growing crops deemed to be potentially dangerous.  (Ummm….that would be ALL OF THEM that have been produced by the Monsanto mad science club.)

If ever there was a company that embodied evil, it would be the Monsanto Company.  Last year I wrote about the company:

The combination of unfettered corporate greed, a eugenics agenda and corrupt political manipulation forms an unholy trinity that could make Monsanto the real Cyberdyne Systems.  In the Terminator movies, Cyberdyne Systems created the artificial intelligence computer system Skynet, which destroyed most life on earth and forced survivors to live underground.

Proving once again that fact is indeed as strange as fiction, the Monsanto Company could single handedly cause TEOTWAWKI (The End Of The World As We Know It).   Read more at  Monsanto: The Real Cyberdyne

Horrifyingly, this is just another step towards the science fictionesque predictions that I wrote about.

While most people are constrained by morals, that clearly doesn’t apply with Monsanto.  Now, they aren’t even limited by fear of prosecution.

Pandora’s Box is unlocked, Obama just propped open the lid, and there’s no way to cram the evil back in.

Who else is responsible for this disaster?  The senator who put the Monsanto rider on the bill…meet Sen. Roy Blunt: Monsanto’s Congressional Judas