Mysterious Deaths in Alabama: Could They Be Related to Monsanto’s Bt Cotton Crops? 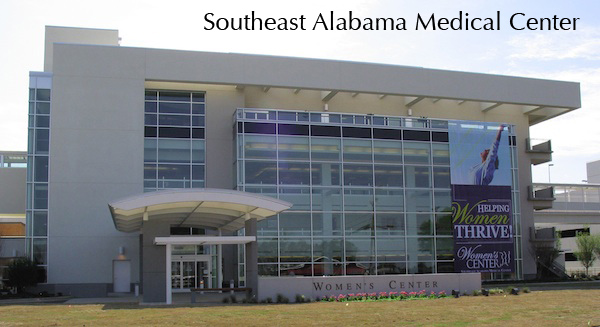 RT reported Wednesday on a bizarre spate of respiratory illnesses in Alabama, two resulting in death.

A mysterious respiratory illness has claimed the lives of two people in southeast Alabama, and caused five other hospitalizations. The illness has left health officials baffled, who have no idea what this disease is or where it originated.

The mysterious illness has sickened its victims with flu-like symptoms, including a shortness of breath, fever, and coughing. Of the seven people who were hospitalized with the new disease, two have died, Alabama Department of Public Health spokeswoman Mary McIntyre told AP.

While the cause is currently unknown, it’s interesting to note that Southeastern Alabama’s cotton fields are in full bloom this time of year – and that some of these crops are Bt cotton. Bt cotton is a genetically modified cotton that contains a Bacillus thuringiensis (or Bt) pesticide within the plant. There is no proof that this is related to the mysterious illnesses in Alabama, however, history shows us that serious illnesses occurred in India wherever Bt cotton was grown.

When Monsanto’s cotton was planted in India, two stories were presented.

The Institute for Responsible Technology reported :

1. After the cotton harvest in parts of India, sheep herds grazed continuously on Bt cotton plants.
2. Reports from four villages revealed that about 25% of the sheep died within a week.
3. Post mortem studies suggest a toxic reaction.

If you are to believe the Monsanto PR folks, however, their seeds and Indian farms were a match made in heaven. They even created a page on their website to celebrate ten years of partnership and to explain how Bt cotton improved the farmers’ standards of living:

Bollgard has been Indian farmers’ pragati ka saathi (partner in progress), as it has increasingly helped Bt cotton farmers enjoy a higher standard of living. With the combination of higher yields and reduced pesticide costs, India’s cotton farmers have increased their incomes. And with this additional money, they are able to purchase vehicles, provide education for their children, afford better housing for their families and purchase farm equipment. Additionally, because these farmers have additional income, they are able to put resources back into their villages’ economies.  Therefore, villages where farmers are planting Bt cotton have seen improvements in access to services, such as telephone systems, electricity, drinking water, better internet connectivity, banking services, and better access to markets – things many around the world take for granted.

Despite Monsanto’s glowing description of the partnership, cotton farmers in India began to commit suicide at a rate unheard of previously, as the crops failed and they could not pay their debts to Monsanto.  Anthony Gucciardi of Natural Society wrote:

According to the most recent figures (provided by the New York University School of Law), 17,638 Indian farmers committed suicide in 2009 — about one death every 30 minutes. In 2008, the Daily Mail labeled the continual and disturbing suicide spree as ‘The GM (genetically modified) Genocide’. Due to failing harvests and inflated prices that bankrupt the poor farmers, struggling Indian farmers began to kill themselves. Oftentimes, they would commit the act by drinking the very same insecticide that Monsanto supplied them with — a gruesome testament to the extent in which Monsanto has wrecked the lives of independent and traditional farmers.

To further add backing to the tragedy, the rate of Indian farmer suicides massively increased since the introduction of Monsanto’s Bt cotton in 2002. It is no wonder that a large percentage of farmers who take their own lives are cotton farmers, the demographic that is thought to be among the most impacted…

…Many families are now ruined thanks to the mass suicides, and are left to economic ruin and must struggle to fight off starvation. 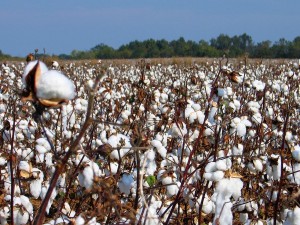 Regardless of PR efforts to debunk claims that the Indian farmer’s were suffering due to Monsanto’s practices, the Indian government last year cancelled the cotton license with Monsanto, citing unfair trading practices.  “We have given fair chance to the company and all charges of unfair trade practice have been proved,” says Sudam Adsule, the director of inputs and quality control for Maharashtra, India’s biggest industrial region, in the ENS article. “Hence, under the existing cotton seed act, we have taken action and it can’t be revoked.”

This year, Monsanto introduced 3 new varieties of “Deltapine” cotton, with 180 growers testing them out. This means that the communities around these growers are unwitting lab rats in Monsanto’s latest experiment.

Are the mystery illness victims casualties of this current experiment? If so, proving it will be difficult and because of the Monsanto Protection Act, it is unlikely that, even if proven,  any penalty or charges will ever be forthcoming against the company.