Are You Mentally Prepared for Self-Defense? 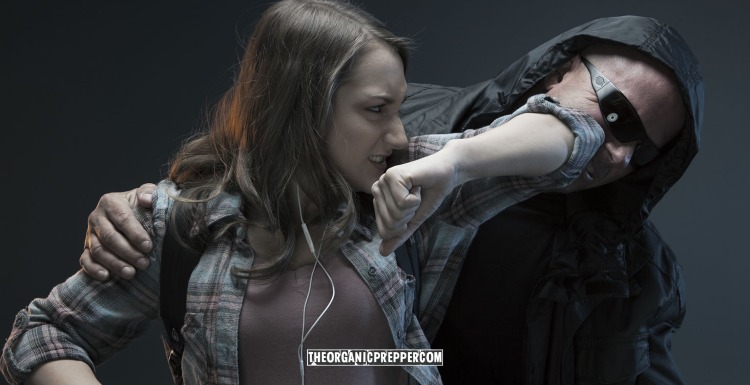 Editor’s Note: Part of prepping is becoming mentally prepared for whatever may come ahead. You need to know that you can handle tomorrow’s problems from a mental perspective. It is for this reason that card games such as Conflicted are so popular: they give the user the opportunity to think through what they would do in a particular situation now so that they can make a quicker (and better) decision in the future.

To help our readers to be better mentally prepared for an uncertain future, today we have an excerpt from Part 5 of self-defense instructor D.P. Friesen’s book, The Mind Sculpting Coach: Functional Mental Tools for High-Stress Performance.

Any scenario-training needs to have as close as possible a correlation to the actual potential event. We have personal anecdotes of surviving violence now, omnipresent on social-media, media, news articles, blogs, books, case-studies, and a host of other avenues we didn’t have years ago, at least not to the intricate extent we do currently. We also have unlimited numbers of violence videos on YouTube, Facebook, Instagram, TikTok, and others showing these events playing out in real-time and the results of varying decisions taken under duress, whether positive or negative. We have police reports and court documents released online at any given time. The volume of knowledge and education out there is never such that it is at this very point on the timeline, so the ability to “come as close as possible to the real thing” is more achievable now that at any other point.

One asterisk I’d put here is that far too often we tend to “victim-shame” in the self-defense industry. That is, spewing what the victim did wrong, what they’d do different, how someone could’ve survived “had they only” and this is utter garbage.

This also holds true to business. There are countless avenues, templates, books, blogs now that reveal unlimited business strategies and success stories. Regarding methods, they will always tell you how “their” method is the best as it´s yielded these particular results. Yet if we look elsewhere, a 5-minute Google search reveals multiple other methods that have yielded the exact same results. REMEMBER, there is NEVER one way to do a thing and do it successfully. That should limit a lot of your anxiety over “correct practices” and perfection being some kind of guide to success. We make errors, we adapt, we change gameplan mid-stream, we develop resilience. There IS often room for some error if your goal is to teach students, proteges, employees how to critically-think, improve snap decision-making, learn to adapt to dynamic-circumstance, and think outside the box. “The thinking fighter” can easily transition to “the thinking business-person” or “the thinking athlete.”

So, back to our replication of reality. Make the scenarios as close to the real thing as possible. Bring in outside actors who will authentically play the role required. Make the surrounding area a replica of the environment they´ll potentially and actually be present in when these events may take place. Place obstacles and barriers in whatever format – physical, emotional, mental, psychological – that challenge their perception. Here´s where distractions, always and forever present in real-life circumstance, that cover the gamut of senses can greatly benefit a student´s focus and attention.

Auditory distractions that drown-out sound, create split-attention, fog thinking. Visual distractions that prevent easier one-to-one solutions or focusing on the profile of a single person. Kinesthetic distractions that cause discomfort, spatial lack-of-preference, or connect to previous event-struggles. With a calm hand, this can be an incredible learning experience for the student which gets them out of in-the-box thinking from the one-dimensional solutions to always three-dimensional problems avenue most seem to peddle with their top-5, top-10, 3-things to global-success methodologies.

I can´t impart how important it is to give that post-exercise feedback, roundtable discussion, point-counterpoint, and detoxing-session that grounds the entire exercise and makes people willingly want to participate without fear of being chastised, judged, or critiqued by peers and superiors. Ask them how they felt, what they felt they would do differently the next round, what alternate strategies could have yielded success, what positives they exhibited, what their emotions and thoughts were doing and their physiological state during, and some strategies on how in the future that could be mitigated most effectively. If it becomes a macho dissection, mockery, with laughter and disrespect, it does more than just ruin the exercise, it runs the direct risk of countering the exact thing it was supposed to be building and create a very adverse-effect in the participant.

Remember, replicating reality can go as deep down the rabbit-hole as one wants to replicate actual sensations, sounds, event-specific elements, and collateral-effects. In martial arts, some have gone to great lengths to imitate the actual act during training so as to desensitize the mind to any negative or unplanned-for stimuli. While it is controversial and sometimes over-the-top, it really does depend on how far you want to take your realism, how much it´s actually needed and if you´ll come across it, and whether it has negative reverberating effects on one´s psyche by doing it when the odds – more so than the actual possibility of the act occurring. For example, some have resorted to practice biting and tearing on a piece of meat, knife-cutting on a meat-pole to replicate cutting flesh, breaking chicken-bones as they are the most replicable to human finger-bones, placing oranges around the eye area while gouging with fingers or thumbs into the orange as one´s partner screams, filling shoes with sand or material and practicing foot-stomps to replicate stomping on a human-foot, putting olive-oil or grease on the hands and arms to replicate blood while continuing close-range, putting earmuffs and neck-protectors on to attacks vitals safely without damaging one´s training-partner, placing a piece of beef on a dummy-body to practice things like fish-hooking, appendage-tearing, and orifice-penetration. While these are definitely a little on the extreme side (I tried all when younger and thinking erroneously that they were “necessary”), they do demonstrate a will to make training less casual and intention-less and put a focus on the severity and intensity of the actual act itself instead of solely paying lip-service to it and talking about it so flippantly on social-media.

Make sure to check out the book for more!

And, of course, don’t forget that food preparation is vitally important as well. Our free QUICKSTART GUIDE will help you to learn the steps you need to take to get your pantry in order.