6 Overlooked Pieces of Medical Equipment Preppers Should Have 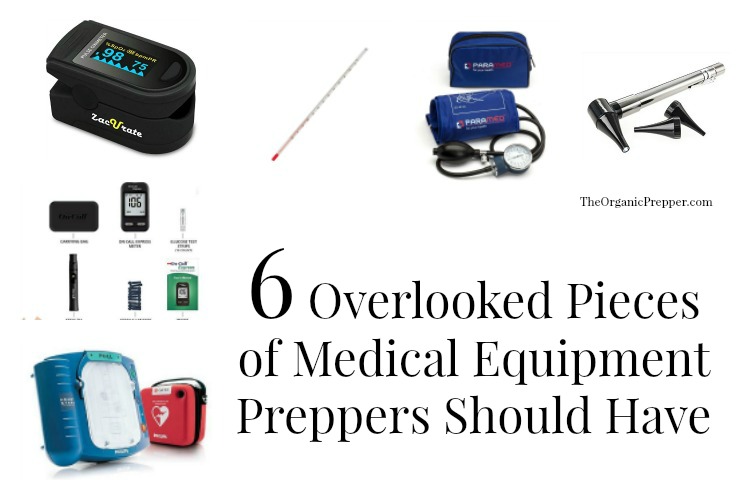 One of the problems with medicine is that there are lots of gadgets – everywhere you look there is a machine that wrrrr’s or goes ‘ping’. There are lots of useful gadgets which you could invest in, but most are horrendously expensive or require extensive servicing or very specific batteries to make them work.

There are 6 medical devices that may be useful when the SHTF.

In this list are some (mostly) cheap but potentially very useful pieces of medical equipment, whose usefulness can be glossed over or under-estimated.

In no particular order, these are some medical devices you should consider.

Having an AED on hand could save lives.

AEDs (Advisory external defibrillators) are what you see hanging on the walls of malls, gyms, train stations, and airports. When the heart finds itself in a chaotic rhythm a shock from the defibrillator stops the heart and hopefully when it restarts the rhythm is less chaotic and more organized. Education about when and how to use them is provided on entry-level first aid courses.

Heart attacks are common. In a post-SHTF situation, they will still be common. The two things which have been shown to save someone who has had a heart attack is taking aspirin immediately and then for at least a few weeks and having access to a defibrillator. Clot-busting drugs and having stents placed are life-saving but hard (impossible) to reproduce in an austere or grid-down environment. Fortunately, simple aspirin and treating shockable arrhythmias after a heart attack drops the chance of death from around 30% to around 10% – all the other interventions only further reduce the risk a few further percents. The big bang for the buck is in the simple things.

They retail for between $400 and $2000 USD – that’s a lot of money. It certainly isn’t something to buy before getting your other medical supplies sorted out. But if you can afford one it is a useful addition – given the frequency of heart disease and heart attacks. They have also become ubiquitous around public places – the chances of stumbling across one while foraging post-SHTF is high and worth grabbing if you do.

A pulse oximeter measures the % of oxygen in your blood. The closer to 100% the better, but anything below the low 90’s is bad. It requires some medical knowledge to use and interpret, and I will write a separate article on that. At its most basic level, it tells you how effectively the lungs and gas exchange are working in the body.

Reasonable quality devices can be found online for $20-100 – obviously, you get what you pay for – a $100 US device will likely be better quality than a $20 Chinese one. But even the cheap ones generally work well and at that price, there is potential to buy a back-up.

An otoscope can be used to examine ears.

You don’t realize you need a special device to look in someone’s ear until you need to and you don’t have one! Looking for signs of infection of the ear canal or middle part of the ear – both common and relatively simple problems to diagnose and treat – is almost impossible without one. Locating and removing a foreign body can be very difficult. It is within the scope of most beginning medics to develop the skills to examine an ear. You have to look at lots of normal ears to recognize abnormal ones and once you have an otoscope you can start looking!

A simple one with a bright focused LED, powered by a AAA battery and a 100 disposable ear pieces will only set you back $20-30 USD. The fancy ones run to hundreds of dollars – but simple, functional ones can be found for relatively small amounts of money. North American Rescue make a “corpsman’s ENT kit” which contains all you need to examine the ear and eye – it’s a bit pricey but is potentially useful. (This similar one is available on Amazon.) But simply buying an otoscope and learning to examine ears is not rocket science and useful skill.

Knowing a patient’s glucose level isn’t something that diabetics alone need to know – it is important to know a blood glucose level in anyone who is seriously ill, especially in children. Like several these devices they are not prohibitively expensive and in most areas, do not require a prescription. Because of the number of diabetics needing to check their blood sugars, they are common and easily available.

Go for a simple device – there are some very complicated computer linked glucometers out there on the market now and they are best avoided for our purposes.

Blood pressure can be monitored with a manual cuff.

Automatic or partial automatic blood pressure cuffs are useful and relatively cheap and should form part of your medical kit when it expands beyond just first aid. However, they don’t last forever and from a technological point of view are hard to repair. A slightly older fashioned manual blood pressure cuff has the potential to be useful especially in a longer-term disaster.

They are still widely commercially available and run between $20 to $100. Manual cuffs do need to be occasionally calibrated and technically, that can be a bit of a challenge but is doable if you prepare in advance. Even if not perfectly calibrated, it will still provide consistent measurements.

Get an old-fashioned mercury thermometer for your kit.

These have largely gone due to the risk of the mercury in them, but they can still be found online and in some antique shops. Many can be found in old family first aid kits. If you can get hold of a few they are worth having. They don’t require batteries and are accurate. They can be put under the tongue and a couple of minutes later you have an accurate core temperature.

They are slim and made of glass so there is a risk of them breaking. But provided you are careful with them they can last (literally) a lifetime. Remember the rule of redundancy – one is none – you need to try and store a few of them.

Are there any pieces of equipment you have or recommend that aren’t included in this list? Let us know if you agree or disagree with this list in the comments section.

BCE is a Critical Care doctor who has 25 years’ experience in pre-hospital, remote and austere medicine. He has been a prepper/survivalist for even longer and pessimistically thinks a grid-down long-term collapse is not far away. He is passionate about improving medical knowledge within the prepper community and he is currently working on a book about truly primitive medicine and improvisation. He lives somewhere south of the equator on a Doomstead in a (hopefully) quiet isolated part of the world.

He helped write and edit the book “Survival and Austere Medicine” which is available for free download at https://www.ausprep.org/manuals and from a number of other sites and for purchase (at cost) from Lulu at http://www.lulu.com/shop/search.ep?contributorId=1550817

Questions, comments, and criticisms are welcome – post here and he will respond. 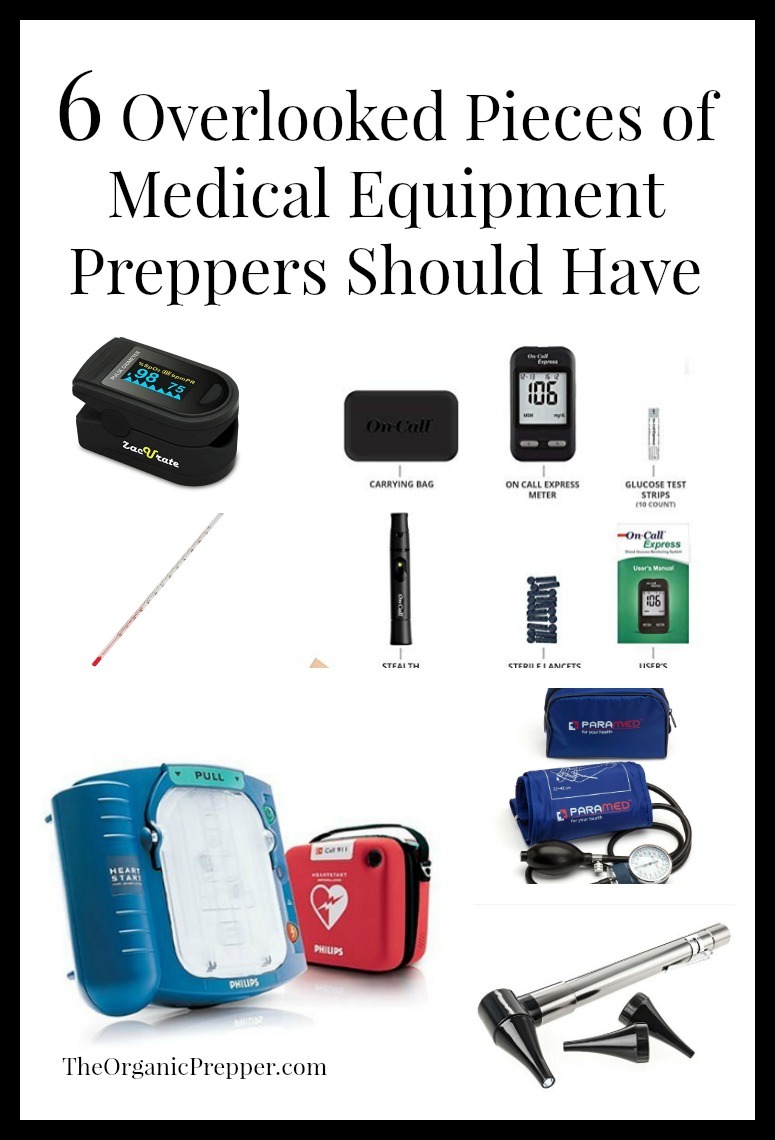