Getting Professional Medical Care After an Economic or Societal Collapse 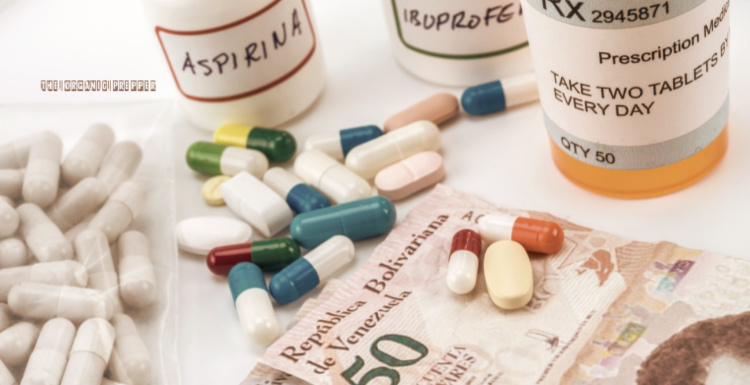 One of the main concerns of the responsible caregiver/parent is to protect the health and well-being of our loved ones. And a large part of our ability to do that derives from our ability to get proper medical attention. In a SHTF situation, this is even more important. Do you know how to get professional medical after an economic collapse? Do you know what to do?

If not, you’re not alone. This is a very thorny problem to work through. But we are not without a historical guide here.

There are lessons to glean from the collapse of Venezuela.

Please allow me to describe how the healthcare has been in my country the last 3 decades.

The healthcare industry started to become overwhelmed in the 1980s. Even though the percentage of doctors per 100,000 inhabitants was growing steadily (see Table 1, pag. 15), the economic happenings did not have a meaningful positive role in the world of healthcare.

Mind you, there is no recent data within the last 10 years that could be considered reliable enough to provide clear data on this issue.

This said, it would be unfair to not acknowledge the huge effort and money which was poured into the restructuring of the healthcare system. This was done with oil price over $100 per barrel, of course. Then things changed, and we’re still feeling the consequences of the ransacking. Previously, we had infirmaries all over the country, called “CDI”. These were announced with great fanfare and propaganda as one of the “achievements of the revolution.” Many of them now closed or almost empty.

Brain drain hit our country hard, and a large segment of the healthcare professionals decided to get out of dodge. This created a pressing need for trained clinicians, and now, those who decided to stay are making more money than ever.

This profession is one of the better paid ones down here, and not just in Venezuela (where an independent MD can make over $4000/year – enough to live like a king), but it is a very good salary in any country in South America. Even with outrageously high living expenses of $1500 (and I don’t even know anyone with such high life expenses), an MD here can live without lack of anything.

According to these 2008 statistics, the main death in Venezuela causes were heart strokes…and homicides. At this moment I can’t quote a reliable source on this with statistics for this past year, but what I can do is to provide a description of the general scenario about the health care process.

Let’s analyze the case of a close friend who twisted an ankle recently.

Living in a socialist state most certainly qualifies as placing this friend in a position of needing medical attention after SHTF.

There is an infirmary center nearby run by the Cubans which specializes in these types of injuries. Whether or not these people are qualified to treat patients is debatable. They just work there, imposed by the ruling socialist party, and that’s it. The astute patient will be cautious with such, but the poor, countryside woman with an injured child doesn’t care. She just wants some level of treatment. And “some” level is what she will get.

My friend went to this clinic, where they decided to do an X-ray. This typically costs 20-25$, and is a service not available in the public healthcare center “because of technical problems.” I’d estimate that around 80+% of the country’s healthcare centers are public ones. These types of problems are rife there.

After taking the X-ray in the private center (where another $20 was spent because the clinic demanded a Venezuela-certified MD to issue the X-ray order) a diagnosis was given. Medicine was prescribed, though it was not “free” like the meds so many people received back in the early 2000s when the system was working and fueled by the oil revenues. (Even then, most of these “free” medicines were unbranded products from suspicious countries.)

What about a more severe situation though?

Many hospitals nowadays in Venezuela don’t have supplies. Patients without money for a private clinic, just go to the hospital mainly for a free diagnosis. For actual treatment of a condition, you only go to the hospital after you’ve purchased the needed medicines and supplies of your own accord on your own time.

This means that, after the SHTF, unless some sort of industry still remains (somewhere, somehow) producing things like antibiotics, antibacterials and painkillers, doctors won’t be able to do much.

Within the past 5 years period, there was a LOT of preventable deaths of children. The childhood mortality rate rose from 0,7% to 2%. Most of these deaths took place in rural towns, where the poor tried to beat some illness by treating it with “natural” remedies.

But please don’t misinterpret this! Natural medicine has been around for thousands of years, and much of modern medicine is derived from this ancient knowledge.

The thing is, desperation and lack of knowledge forced people to make poor choices. There are only vestiges of the ancient herbal knowledge of our indigenous ancestors. Many people thought these were harmless – something that is completely erroneous. Plants as common as chamomile and peppermint were named within those that the babies of the statistics mentioned ingested.

Again, it is not the plant itself: it was the high dose used that generated the unwanted effect.

Specialists will no longer exist post-SHTF.

MDs here go through a one-year specialization process. That’s it. One year. Those are the “specialists” we’re plagued with now. If you need a specialist on a consistent basis, things get rather thorny. And though this most certainly matters, it’s not this lack of specialists that makes receiving medical attention after SHTF the hardest.

It’s the lack of supplies that hurts us most.

Things as simple as an appendectomy could turn very bad post-SHTF if not treated fast. There will be general practitioners – people with knowledge – but the supplies and sophisticated kits won’t be there. Therefore, it’s much better to have some supplies, even if they’re not ideal, and a general doctor, than having someone who could find difficulties performing that surgery without specialized materials and instruments.

The catch is this: will you be able to afford them?

The tools, medicines, and the doctor’s services all sky-rocket in price post-SHTF. Do you have what it takes to barter/pay for this? Can you provide your doctor with the tools he needs to provide you medical attention after SHTF?

You need to think about this now. And after the crap hits the fan, you need to understand that emergencies must be avoided at all costs. I saw too many wounds become complicated which could have been avoided with basic precautions: wearing steel toes work boots, gloves or safety glasses, for instance.

What are the practical lessons I learned in the worst of the crisis?

From my experiences in Venezuela, I can summarize a few tips for the best preps based off of what people went through around here in the worst period: 2016-2021.

Above all, be careful!

Given the lack of access to proper medical attention after SHTF, extreme precautions must be taken. It’s all about safety now, and it’s much better to be labeled as someone fussy about security, than to have an accident which could lead to severe consequences.

I’ve been in workshops all my life. I haven’t had an accident because purposeful patience and all the precautions I’ve taken.

Recently, I had to cut a nail with a wire cutter to remove some rotten wood, and one piece hit my safety glasses like a bullet. Should I not have had these, I could have suffered a nasty injury, being home alone, broken, and in a country where getting proper medical attention in the public health system is almost impossible. So, my best advice is, try, as hard as you can, to avoid getting harmed.

This is just scratching the surface of medical attention after SHTF…

This article merely scratches the surface of the intricate subject of healthcare in a devastated world. However, using common sense we can deal with many emergencies as they come.

Thanks for your sponsoring. It really helps me to keep pumping out solid, boots-on-the-ground material, and always remember to make questions in the comments about what you need to know and learn about the situation down here to improve your preps.

For more information on prepping, check out our free OP QuickStart Guide to the 4 Levels of Disasters.

Have you seen these problems yet?

Have you seen any issues with medical care in your area? Are prescription meds readily available? Share your thoughts and experiences in the comments.​​​​