Why Should Preppers Care About Mass Formation Psychosis? 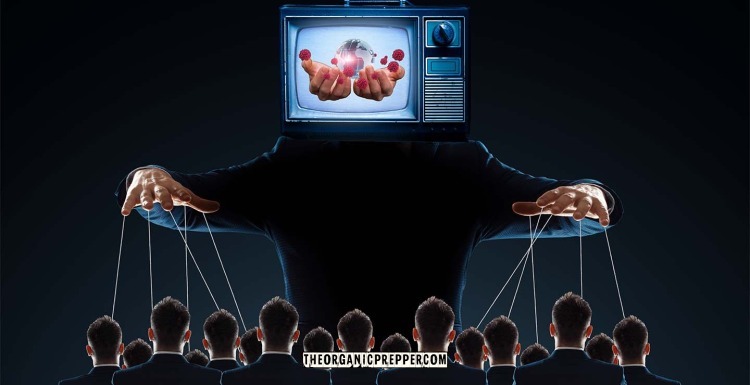 That’s the buzz phrase that has rocked the internet the past two days. This comes about after the inventor of mRNA vaccine technology, Dr. Robert Malone, used the phrase to describe the current state of society on Joe Rogan’s podcast.

Immediately, search engines began to alter their algorithms so that only those narratives which fit the great MSM, Silicon Valley, globalist/communist narrative were shown.

But let’s take a step back from the scientific jargon for a moment, if you will. Because the fact of the matter is that you’ve already a fundamental and inherent understanding of what mass formation psychosis is.

Daisy wrote about this when she described the “othering” taking place within society.

Americans can feel it. There’s no denying that there has been active discrimination, violence, in many cases “lawful” against the Americans who are pro-freedom/pro-Constitution/pro-human dignity. But perhaps I’m being redundant here, for a true American is all of those things.

And it’s getting worse.

You can feel it. Think about this. Have you ended up in an altercation with somebody over masks throughout the past two years? Or, have you been denied entry to a building because of your jab status or refusal to mask? Did cops use “trespassing” as the limp excuse for discriminating against you when you weren’t willing to wear the yellow star?

That’s what mass formation psychosis is. It’s a society-wide brainwashing.

Dr. Robert Malone actually says that this is what has been used against the global population throughout the past two years.

How do you end up with a “civilized” nation such as Germany turning into a state-run murder machine? Furthermore, how does a nation filled with the likes of Goethe, Mozart, and Bach turn into a world where those with wheelchairs are pushed out of third-story windows, where babies are swung by the feet to crack against the trees? How do the people who are renown for precision machinery turn to using that ability to hunt down women and pump Zyklon B into their lungs?

At what point do the doctors decide that sewing twins together is ok?

You use mass formation psychosis.

According to Dr. Malone, this is exactly what happened in Germany. And if we look at other genocides throughout history, we’ll likely see the same.

Just what is necessary for mass formation psychosis to take place though? Four separate variables which combine to create a monster. They are:

To be clear, the theory of mass formation psychosis was developed by Dr. Matias Desmet, a professor, psychologist, and statistician, at the University of Ghent in Belgium. [source]

Dr. Desmet has been shouting for the past two years that this is what he’s currently seeing (particularly on Daily Expose, which you should be reading), but it appears as if this recent podcast is what has served as the springboard for his theory becoming a part of the common vernacular.

But what do the four aspects of mass formation psychosis mean?

Returning to the four aspects though, each of them requires a sizeable segment of society. If only a small percentage of a population experiences these factors, mass formation cannot take place by definition. From Desmet’s research, it appears as if 30% is the magic number.

Once 30% of a nation’s population has fallen into the four factors of mass formation psychosis, very troubling times are on the horizon.

The lack of a social bond is one of the first factors which must be met. Individuals need to be severely isolated from one another, creating a feeling of loneliness. It appears that solitary confinement isn’t as healthy for people as one may initially think, huh?

Perhaps by robbing people of their faces, this isolation can even be forced upon one when they’re out in public. Why have so many ancient warriors utilized covering the face when they went into combat? Because it takes away the human aspect of the person right in front of one. Instead of a man – who could be killed – now standing in front of you with katana raised high, it was a bizarre looking monster.

Dehumanization bred fear. It was a form of psychological warfare.

The free-floating anxiety revolves around generating massive amounts of panic and fear over something that people really have a hard time of putting their finger on. Sure, people may be afraid of the typhus which are alleged to carry (as propaganda stated throughout 1930s Germany), but there’s something even deeper than that as well.

It’s the constant state of being unsure. Of not knowing when one is going to be potentially harmed. In the Cold War this would have been the daily pressure of a nuclear attack. Children are taught to shelter under their desk, bomb shelters are being built in the city hall, and the news is telling about some type of missile crisis out in Cuba.

In modern day, it’s the fear that walking down the grocery store is what’s going to be the death of you. You just touched a door. Was it clean? Have you touched your face lately? Did you hear about Sally? She tested positive. So-and-so is in the hospital.

All of this has created two solid years of mass panic as people have become afraid of the world around them.

The third variable is the need for 30% of the population to feel as if what they’re doing has no purpose or meaning. People are upset that what they’re doing doesn’t even seem to matter. There’s got to be more out there – a bigger purpose -but nobody can really figure out just what.

All of this combined churns a nation into what Malone states is a “constant state of hysterical anxiety.”

What happens when this succeeds?

For starters, those affected by the variables start to join together. They begin to feel as if they need to strive together to reach this common goal, of defeating that which is filling them with angst, and many times this pushes them against another sizeable segment of the population.

During the Holocaust, it was the need to create the “superman”, to rid the world of genetic disease, to get rid of the infirm and crippled which led to the extermination of millions at the likes of Dauchau, Auschwitz, and more.

Media can then be used to push this agenda even further

It can continue to fan the flames of fear while telling the affected what it is they need to do – who they need to push back against. The leaders of this movement “become revered – unable to do wrong.”

As Malone states, “one of the aspects of that phenomenon [mass formation psychosis] is that the people that they identify as their leaders, the ones typically that come in and say you have this pain and I can solve it for you. I and I alone….Then they will follow that person. It doesn’t matter whether they lied to them or whatever. The data is irrelevant.”

Anybody that speaks against Dear Leader is fought back against in unison by the affected. They are silenced, stripped of their jobs, or even acted against with violence.

This all takes place as those affected become almost hypnotized, in a sense. People will outright refuse any logic presented them. It doesn’t matter if the facts just don’t line up. Anything which counters the narrative which they’ve been hypnotized by is automatically rejected.

And when this happens, the seeds of totalitarianism, are sown. A despot can now spring forth, giving the brainwashed all the “righteous indignation” they need to commit atrocities they wouldn’t have even dreamed of participating in just years prior.

That is how you get a “civilized” society to engage in the heinous acts mentioned prior. Selco talks about this in his article about the media bombarding them with hate and fear.

(To learn how to become better prepared for this type of society, check out our free QUICKSTART Guide.)

But it’s not hopeless.

The interesting thing about this research is that Dr. Malone points out mass formation psychosis follows a general distribution. This means that 30% of a nation will be brainwashed. Approximately, 40% will be those who ride the fence – unable to really make up their minds as to what they want to do, or those who are too afraid to voice their opinions.

And then there are those who refuse to bow to evil. That is the remaining 30%.

As Dr. Mattias Desmet points out, this sane 30% is that which can turn the tide for good. By speaking out, they can embolden more of the 40% of the fence riders to find the courage to speak out against evil.

But this only happens when one uses their voice.

“Continue to speak out. If other voices are available in the public space, then the mass hypnosis will be disturbed.” – Professor Doctor Mattias Desmet. [source]

What are your thoughts about this?

Do you think that people are suffering from a mass delusion? Do you believe this is being done deliberately? Do you see the similarities in the historic examples? Or do you agree with the media coverage and steps being taken? Share your thoughts in the comments.