It’s Shocking How Fast Life Changes in an Economic Collapse

Just as I was beginning to feel comfortable and optimistic here at home, the Big Bad Wolf (aka the virus) kicked down my parents’ home door and attacked my mother and possibly my father.

Like many others, I have experienced job loss, a romantic relationship in as good of shape as the Titanic, and the loss of my beloved pets. I bugged out to another country, and then the pandemic swept across the globe. There I was, a foreigner in one of the most populated cities in the world, surrounded by people with different customs. Making psychological adjustments and learning new things to combat anxiety (meditation, gardening, natural remedies) has been crucial.

However, having the virus directly affect my family made me realize I need to consider just how quickly life can change. During times like these, there isn’t much time for making adjustments, only decisions.

We aren’t sure how Mom got sick

We don’t know how this happened—although being secluded for a year, with minimal exercise and no greenies, weakened Mom’s immune system. She never took vitamins. Mom is retired, and she watches T.V. and surfs the web quite a bit. Watering her plants and some house chores was the extent of Mom’s exercise.

We think maybe she got briefly exposed to the virus once or twice. One of her ATM cards was blocked, and she asked me to go with her to the bank. It is no longer possible to get assistance over the phone. At best, you will get put on hold and never hear from them again. (Seized banks, you know.) It’s my feeling she caught the bug there. Or, maybe in the brief meeting she attended to solve a community issue.

Good health starts in the kitchen

A healthy diet is crucial, as many of you know. As mentioned before, Mom’s diet lacked in greenies. My brother is the official cook, and he rarely prepares vegetables. However, his Caesar Salad is superb. Still, I knew some changes in their diet were needed.

I understand the importance of absorbing nutrients from all possible sources. While I love a good steak, I learned to prepare several vegetables that were pleasant to eat while in Lima. There I found organic greenies, like spinach and sprouts, and cooked them with herbs. Even kiddo found that spinach, with a few lime juice drops and salt, can be a great addition to a crispy chicken sandwich.

Here at my birth home, the diet consists of lots of red meat because it’s affordable, white cheese, and carbs—sometimes chicken. Also, tropical fruits, rice, and beans, for sure, but only a few times a week. As I’ve mentioned before, fish is expensive because we’re pretty far away from the sea. The mismanagement of fertilizers and pesticides, added to intensive deforestation, devastated the forest ahead of the river. Therefore, river fish is not an option.

You never know when you may need that old car

As I am writing this, I listen to my brother trying to start the car I gave to my dad in good shape. That car even had air conditioning so he could go to work, get groceries, and take my mom to the doctor in comfort. Now? It is a piece of junk rendered useless after years of neglect. I don’t like to acknowledge this, but it was a real mistake. I should have kept that car.

When Mom got sick she could not walk even a couple of blocks and the clinic is six blocks away, uphill. We had to borrow a car from a friend to get her to the clinic.

A collapse negatively affects income, which means it’s vital that you establish a solid budget and include in that budget vehicle maintenance. A vehicle is a valuable possession that could even save your life in times of crisis.

The importance of community

Mom and Dad needed medication, and my brother had to look for the meds over a vast network of acquaintances, friends, former girlfriends, school buddies, party-amigos, and of course, black market merchants. Without outside support, the ending of this story would have been quite different. By outside support, I mean an account in the pharmacy (which led to a massive debt).

Initially, we thought my father had vesicle issues. However, his doctor told us he might also have Covid. If we were in a larger city, it would not have been possible to have an account with the pharmacy. Everybody knows us here as it’s a pretty small town. With all of its advantages and disadvantages, community is vitally important.

My mother received Remdesivir. According to the very experienced pneumonologist in town (and the only one), Remdesivir is the best possible treatment. I asked the doctor about Chlorine Dioxide, and he said that if I were the patient, he would treat me with a horse-sized dose. But my mom is an elder, and that stuff is way too toxic, and he didn’t dare prescribe it.

Sometimes you just have to accept change and adjust accordingly

Before Mom and Dad getting sick, life was beginning to feel normal. Mom and I spoke of the need to procure some greenies, spices, and things like cherry tomatoes. Mom mentioned “washing” the white rice before cooking it with a strainer, collecting that water in a bowl, and adding it to the plants. It was a trick that she learned years ago, and it has some logic behind it.

Some planning was taking place, like traveling to the city I used to work where my house is and grabbing some of the gear I need the most. If it is still there: it seems the “friend” we left to take care of things was illegally selling my items online. That planning and other projects are now on hold.

So far, we’ve been able to put food on our table. But, my next move is to put together a system to bring in income and staples as independently as possible. Given the current state of the economy, it is going to be hard but not impossible. I descent from one of the most laborious and resilient people on Earth: the Dutchmen.

It’s incredible to see how my life changed with such a dramatic twist. Six years ago, I was an average middle-class guy with tons of responsibilities and the means to accomplish them. And now I’m filling up planters made from soda bottles with compost, pebbles, and seeding greenies to feed my kiddo a healthy meal.

Don’t get me wrong, please. It’s not a rant. It’s just an illustration of how life can rapidly change.

It’s an absolute miracle my mom and dad have both survived practically unharmed, being over 75 years old each. My mom is doing better, with only oral medication and oxygen (at home!), and my dad never needed medication.

Jose is an upper middle class professional. He is a former worker of the oil state company with a Bachelor’s degree from one of the best national Universities. Jose is a prepper and shares his eyewitness accounts and survival stories from the collapse of his beloved Venezuela. After trying to set up a new life in another country didn’t go well, Jose and his son are back home, in Venezuela, surrounded by family and friends. 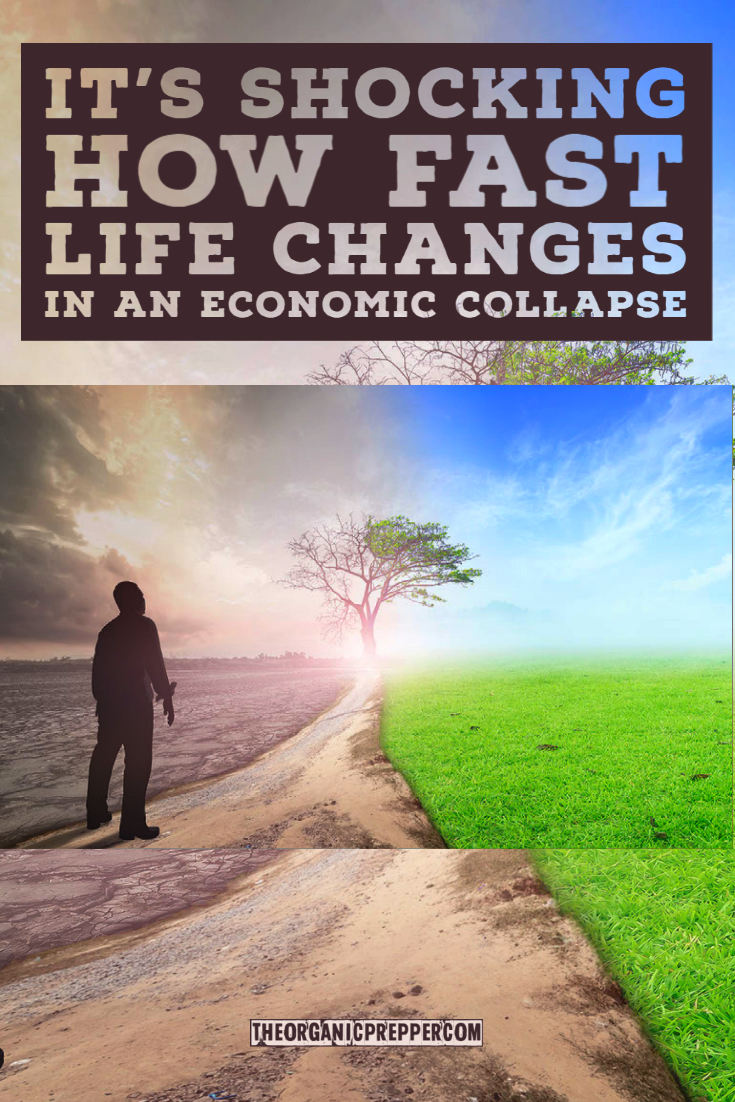