Why Do the Las Vegas Shooting Survivors Keep Dying?

Does it seem mysterious to anyone else that the Las Vegas shooting survivors just keep dropping dead in one way or another? Being a witness seems almost as deadly as being at that ill-fated concert.

While there’s no hard evidence that anything hinky is going on, it sure seems like the Grim Reaper – or someone – is after these folks.

I always hesitate to join the chorus of conspiracy about these horrific events, because what we must learn from these is how to survive if we ever have the misfortune to be present in such a catastrophe. But it’s impossible to deny that there certainly is a very strange series of coincidences.

Before we delve into these deaths, let’s recap some other strange facts:

I went into more detail about these oddities here.

And after all that, witnesses keep dying – five people now – two of whom were publicly challenging the one-shooter story.

First, Kymberley Suchomel, age 28, suddenly died in her sleep about a week after the attack. Now, Suchomel had a pituitary tumor, so it isn’t completely out of the question that she might die. What was so peculiar was the fact that she died after posting a compelling eyewitness report that digresses wildly from the official story. She also talked about forming a group for survivors to discuss what truly happened. But, then she died. You can read her first-hand report here. (It has since been removed from Facebook.) Suchomel left behind a husband and a 3-year-old little girl.

The Carvers also narrowly escaped the shooting with their lives, only to die shortly after the ill-fated concert. Two weeks after the massacre, they had a terrible car accident less than a mile from their home. Their Mercedes crashed into the metal gate and brick pillars that cordoned off their community. The car instantly erupted into a fireball that took more than an hour to contain. They left behind two daughters, Brook and Madison. Their youngest daughter was the one who discovered her parent’s car engulfed in flames.

A month after the shooting, another eyewitness who claimed there were multiple shooters was found dead in a vacant house in Las Vegas.

The day after the attack, Contreras said on a Twitter account (that has since been mysteriously suspended) that he had been chased from the concert by two men with guns.

Police said that Contreras had been shot multiple times. The report mentioned his “possible gang tattoos” but discerned “the killing likely was related to narcotics rather than gang activity.” (source)

Finally, a gentleman named Roy McClellan who escaped the shooting with his wife was killed this weekend in a hit-and-run accident. He was hitchhiking on State Route 160 in Pahrump, Nevada when he was struck by a Chevrolet Camaro that sped off. The Nevada highway patrol reported that he was illegally walking down the wrong side of the road when he was hit.

McClellan had a history of depression, according to one report, that was exacerbated by the horrific shooting in Las Vegas. After getting his wife to safety, he returned to the scene of the shooting to see if he could help. He had been in therapy after the doomed concert. This report states that the driver of the Camaro has been found and charges are pending, but I was unable to find any other details about the culprit, who is still unnamed by the media.

Coincidence or something darker?

So, after surviving a deadly massacre, 5 people have died.

These are the faces of the witnesses who have passed away since the shooting. If they were my family members, I’d want some answers. 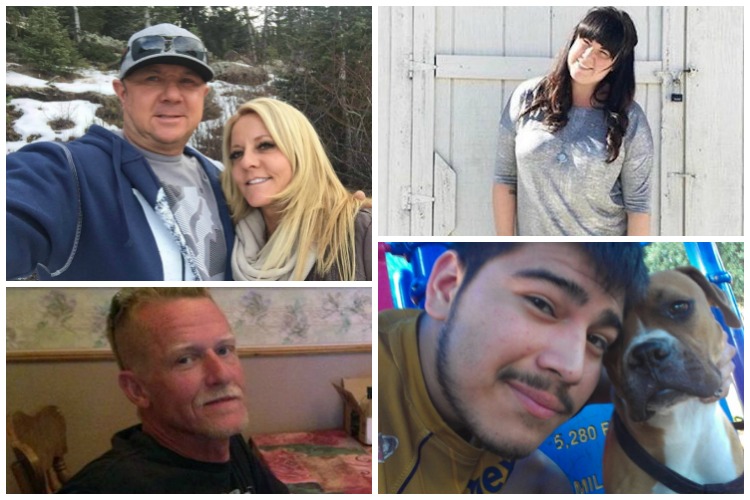 There is nothing that gives any proof of a coverup, but the sheer number of coincidences is certainly enough to make any critical thinker question the situation. It sure looks like there are things we aren’t being told, and if that is the case, there has to be a reason that the truth is being hidden.

What do you think? Share your theories in the comments section.