Real-Life Survival Story: What Happens When Your Situational Awareness Skills Are Insufficient? 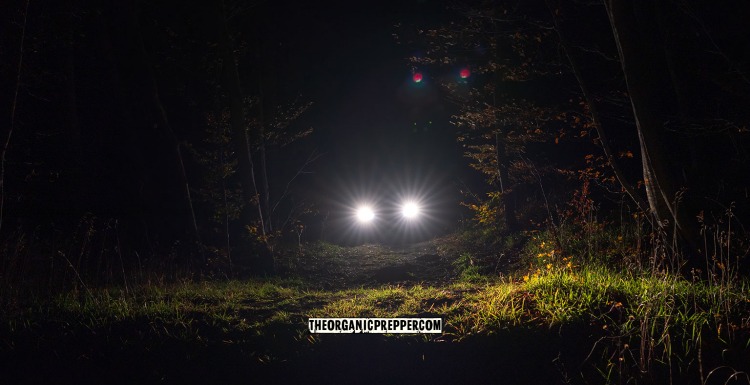 My wife and I have been campers for many years, running the gambit from backpacking to car camping to motorhome camping. The motorhome experience was incredibly unique. We ended up living full-time in the RV for nearly four years until circumstances forced us to come off the road.

We sold the motorhome, and our domicile became a small house in the suburbs.

Off we went to enjoy the tranquility of the woods

At least, that’s what we thought.

The RV was gone but not the desire to camp, mainly because we have always found solace in the woods. After five months of covid lockdown and various other stressors, we decided it was time to return to the woods, at least temporarily.

The trip would take us full circle back to car camping once again. However, a newly acquired minivan would transfer our sleeping quarters from the cold hard ground to a reasonably comfortable hard sided enclosure. Adding to the comfort factor was a recently purchased specialized tent. The tent, which attached to the minivan’s rear, would later become a possible lifesaver.

Four Situational Awareness mistakes we made

We headed to our favorite campground just one state away. We checked in but could not get our favorite site because it was already reserved. So, we settled on a site we thought would work fine. Mistake #1.

After the tent was set up and attached to the van, we split up the chores. My wife finished setting up the campsite while I proceeded to gather and chop wood. After gathering sufficient wood supply, I began to cut it into usable sizes. As I began chopping, I decided that my friend and constant companion, Mr. Glock needed to be removed from my belt to make my motion more efficient. I relocated the piece to the van. Mistake #2.

After cooking supper, the wife and I settled down in front of the fire to relax. Our campsite was in the middle section of the campground and was car accessible on three sides. Mistake #3.

The campground had very few campers, so we did not think much about it when a car circled the campground. Mistake #4.

Simply knowing the importance of Situational Awareness is not enough

Many of the talented writers on the Organic Prepper have written at length on situational awareness.

Fabian’s article explains how Situational Awareness is perhaps the most needed skill to stay alive in the first place. Even with the 7 Pillars of Urban Preparedness in place, no amount of food, ammo, or other ability will matter much to someone caught with their head in the clouds in a disaster or attack. And this article by Fabian offers excellent advice on how to practice advanced situational awareness.

Long-time popular commenter 1stMarineJarHead after returning from a trip to the big city had some interesting observations about the differences between Urban OPSEC and Situational Awareness versus the same things in more rural settings. Here’s another article from an international security expert about practicing situational awareness.

As a rule, I generally do a relatively good job of practicing it. Much to the dismay of my wife, who I constantly bombard with questions shortly after we enter any establishment.

How many exits, dear? Which one is closest, dear? Are any of the patrons carrying a weapon concealed or open? We live in a free state, so open carry is quite common. What is the make and color of the car which parked beside us?

I know the awareness exercises are irritating. Still, my wife understands the need and willingly participates. She is currently learning to identify various makes and models of vehicles.

Back to the mistakes…yes, there were more

Ok, one car circling the campground should not be a problem. Mistake #5.

As dusk fell, the same car circled the campground, stopping approximately twenty yards from our campsite and just sat there with its lights on. Ok, alarm bells were starting to go off.

Why didn’t they pick a spot and set up camp? Wait a minute, who camps in a two-door muscle car?

As the evidence mounted, I suddenly realized my Glock was not within reach! The full impact of the critical error I made hit home. Then, the car pulled away, passing within fifteen feet of where we were sitting.

A few moments later, we heard gunshots in the distance. “Ok, it’s the middle of the woods,” I thought, “It’s probably some yahoo was poaching deer. Not to worry.” Mistake #6.

And then we learned this…

When we turned in for the night, neither of us felt secure as we crawled into bed. We strategically positioned two guns, appropriately marked his and hers. Sleep was elusive for the remainder of the night.

The following day, we were sitting by the fire drinking coffee when a wildlife officer approached. The officer questioned us about a particular muscle car in the campground last night. After answering the questions, the officer informed us that a shooting occurred just outside the gate to the campground the night before.

The mystery car carried the shooter.

A male and female were in the suspect car. As they left the campground, they fired on and hit a family. Then, to rid themselves of the previously stolen mystery car, they stole the family’s car.

Some of the family members sustained wounds but survived. The officer further informed us that the shooters had stolen a truck later that night and were still on the run. After the officer left, my wife and I sat down and tried to put the pieces together.

Here is our analysis of what we believe happened

The suspect car made its initial entry into the campground to scout the area. On the second trip, the vehicle stopped and observed our campsite for about five minutes.

We believe that the pair were deciding if we would be their next victims during this time and then steal our van. I firmly believe that while scoping out our van, they concluded that having the tent (attached to the van) would slow down the theft attempt and delay their escape.

So, they elected to leave the campground and carjack the family.

What did we learn from this experience?

Several days later, and several states away, authorities captured the pair. Different states began to figure out their independent investigations were all linked. The couple was responsible for murders in Ohio and West Virginia and a shooting in Indiana.

And my wife and I were alive by the grace of God.

So, what were our lessons learned:

As shortages continue and the political situation continues to deteriorate, I feel we must anticipate a significant surge in criminal activity. It’s wise to be prepared to protect yourself and your loved ones at all times. Being in tune with your surroundings and aware of what is going on is of the utmost importance to achieve this.

Currently retired and serving as head of security for his church, Wandering Will spent 30 years working in the field of nuclear security and emergency preparedness. Read his previously published articles on SurvivalBlog.com 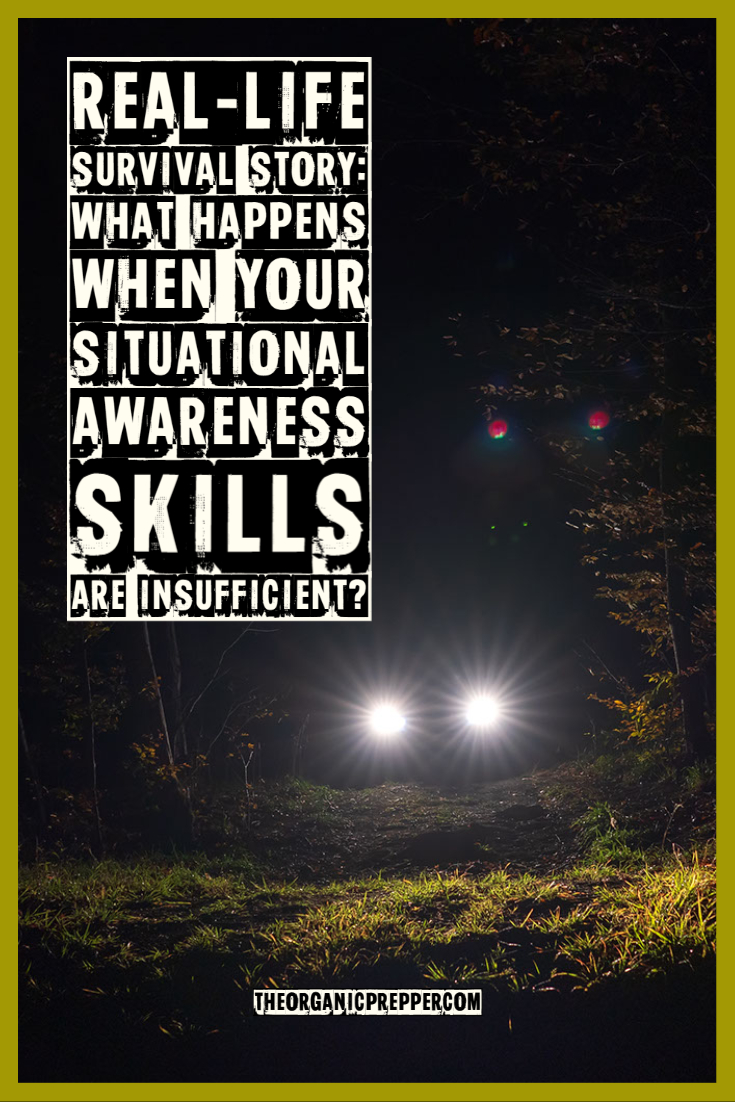