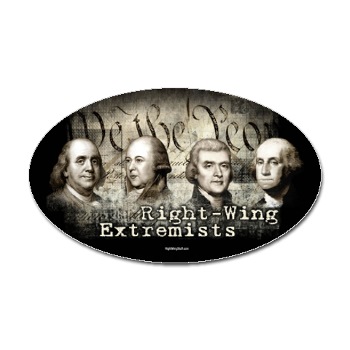 It’s interesting to step over to the dark side sometimes and read the “liberal” perspective on current events. I stumbled across a perfect example of liberal bias this morning when I read an article on a website called “Truthout”.  The author was reflecting on the Las Vegas shooting and an incident in Georgia that also took place this weekend.

There were two terrorist attacks in America over the weekend, but don’t expect the mainstream media to call them that.

Marx arrived at the courthouse on-time, but while in his truck, he threw “homemade spike strips” onto the road, and tried to run over a policeman.

After police opened fire on him, Marx began shooting at them from his truck, and proceeded to throw tear gas grenades, smoke grenades, and pepper spray grenades at them.

After shooting and killing Officer Alyn Beck and Officer Igor Soldo, the couple took their weapons and covered their bodies with the Gadsden Flag, a yellow banner with contains a coiled snake around the words, “Don’t tread on me.”

The flag is named for Christopher Gadsden, the Revolutionary War general who designed it. It’s also a very popular symbol with the Tea Party movement. (source)

Somehow, the author came to the conclusion that both of these incidents were acts of “right wing extremists” and that the terrorism has been covered up by the mainstream. I’m not really sure how this Marx fellow is a patriot extremist, but it’s on the internet so it must be true.  You can also check out this piece on CNN that echoes the sentiments of the Truthout team, and this one on Democracy Now.  Gee, those lefties sure do have our number.

One thing the  articles failed to mention is that the shooters were stopped by a civilian who was a concealed-carry gun owner. I’m not sure whether that gentleman was also a right wing extremist though, since he used a scary GUN and SHOT one of the other right wing extremists…it’s all so confusing.

Meanwhile, Melissa Melton of The Daily Sheeple pointed out the opposite: the mainstream media is all over this like a duck on a June-bug. (Check out her fantastic, thorough report right HERE.) Melton handily disproves the theory espoused by Truthout that the mainstream is refusing “to acknowledge right-wing extremism and domestic terrorism in our country, even though they pose a bigger threat to our national security than jihadists and Islamic extremists.”

The mainstream media is officially having a full-on field day with the Vegas shooters’ online postings, demonizing the patriot movement and basically anyone critical of the government…

Today’s reports are highlighting with fervent glee every single detail of the Millers’ anti-government, pro-liberty movement beliefs as per their Facebook posts and YouTube likes.

Take a look at just a few of today’s headlines:

Those with even more obvious agendas are going even further:

That particular headline is from “The New Civil Rights Movement” site which posted a link to an even more telling headline:

The site Mediaite reported, “Jerad’s ‘likes’ include such conservative pages as Conservative America, Conservative Daily, Mr. Conservative, Ron Paul, the NRA, Americans for Prosperity, FreedomWorks, all in addition to conspiracy theorist Alex Jones. Amanda’s included some of the same along with the Drudge Report and Hobby Lobby.” (Their emphasis, not mine.) (source)

Does this tactic look familiar? Do you feel like you’ve seen it before? That’s because you have.

Just over a year ago, when the “Boston Marathon Bombing” was the #1 search term on the web, the media was planting the seed in the minds of viewers that the incident absolutely had to be the act of disgruntled Patriots.  Within an hour of the incident, the words “Tea Party”. “so-called Patriot”, and “right wing” were bandied about with malicious glee. At the time, I wrote:

The Boston Marathon bombing has become a ”blame-it-on-patriots” media event. Without any proof whatsoever, speculation in the mainstream media is pointing the finger directly at people who believe in independence and freedom from tyranny.

None of the mainstream outlets is asking why a person against paying taxes or someone who is pro-Constitution would attempt to harm people out enjoying a race. They are simply looking for a scapegoat. And no kid on the playground is more unpopular than the one who refuses to be herded along with the other children.

Instead of pulling together in solidarity to support the victims of this horrible attack, the “divide-and-conquer” campaign was underway within an hour of the first bomb detonating.

You don’t require my narrative – I’ll just supply the evidence that an unfounded attack on Patriots is underway. Is the stage being set to present a patsy to further an agenda? You be the judge:

Just over an hour after the attack, CNN’s Wolf Blitzer suggested that tax protesters and Patriot’s Day may have been to blame. “One intriguing thought here…it is a state holiday in Massachusett’s called Patriot’s Day and who knows if that had anything at all to do with these explosions.” Correspondent: “That’s always a possibility, you know, especially with it being deemed “Patriot’s Day” there in Boston, Wolf. ” (source)

They must have been absolutely stunned when young men that would not be considered “Patriots” or “Tea Party” members were the ones accused. You can see more of the unfounded accusations HERE.

Folks that actually DO stand up for liberty are being darkly painted with a broad brush, and are being grouped in with crazed shooters and deranged bombers. We can only expect this to get worse, as people in positions of power like Eric Holder demonize our movement. Holder created a “Homegrown Terror Task Force” to combat the likes of the Las Vegas shooting. Literally SIX DAYS BEFORE THE SHOOTING, Holder made his announcement. Fascinating timing, isn’t it? Holder said:

“We face an escalating danger from self-radicalized individuals within our own borders,” Holder said. “As the nature of the threat we face evolves to include the possibility of individual radicalization via the Internet, it is critical that we return our focus to potential extremists here at home.” (source)

The article on Truthout was right about one thing, even though this is the opposite of their point: patriots and militia groups are being painted as the bad guys. The article concludes:

Unfortunately, the media refuses to acknowledge right-wing extremism and domestic terrorism in our country, even though they pose a bigger threat to our national security than jihadists and Islamic extremists.

According to the New America Foundation, as of April of this year, 21 people had been killed in the United States in attacks motivated by Islamic extremism since 9/11.

Meanwhile, 34 people had been killed by right-wing extremist attacks during the same time period.

The fact is, right-wing extremism is on the rise, it’s dangerous, and it’s now a major terrorist force in America.

Right-wing extremist and militia groups aren’t the fringe groups they used to be – now Fox so-called News makes members of these groups like the ones who showed up at the Bundy Ranch into media stars and heroes.

But while the facts speak for themselves, the mainstream media (CNN, MSNBC, FOX, The New York Times etc…) refuses to acknowledge the truth…

What most of us, the “right wing extremists”, want, is peace. The peace to pursue our lives without excess government intervention. We want to own our guns, garden on our land, not be unduly taxed without fair representation, and not be held to unreasonable restrictions on our own property. We don’t wish to be stopped and harassed by brutal uniformed revenue generator thugs(aka, cops).  We expect, without variation,  the protections guaranteed to us by the US Constitution, that’s all.

According to this insane, left-leaning definition, I’m a terrorist…You’re a terrorist….Hey!  We’re all right wing extremist terrorists!

Well, if that is extremism, I guess you’d better sign me up. Since I’m feeling like a rebel,  I think I’m going to rock my Gadsden flag t-shirt today, eat some unregulated vegetables from the garden, and go collect some rainwater.  That’s my kind of revolution.