How To Make Your Own Elderberry Syrup 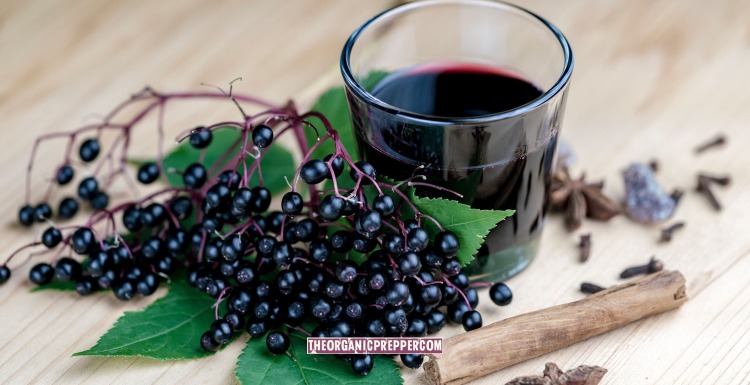 Elderberry syrup is one of the best natural remedies to protect against flu. You might even call it nature’s “Tamiflu.” It seems to work better, anyway.

Amidst all the flu vaccine propaganda, the real scoop on flu death stats and some amazing natural remedies to protect you and your family from flu and flu-like illnesses, you might like one more remedy that has been scientifically proven to shorten the duration of both cold symptoms and flu symptoms.

While you can buy it readymade, it’s far less expensive to make your own. (And it’s really easy!)

Elderberry syrup is made from dried elderberries and makes for an incredible immune booster.

Eight ounces of Sambucus elderberry extract costs about 20 bucks on Amazon and Sambucol is nearly $15. At a health food store, it’s even more. But you can make up to 16 times as much or more for about $30, plus the cost of honey.

You can keep costs the lowest if you buy the dried herb mix in bulk or wholesale. That’s exactly what I plan to do from now on. An herbal kit is a mix of the berries and other herbs with directions and a recipe. Why not just buy the berries yourself and follow these instructions?

You can save a lot – and I mean a LOT – of money if you skip the store and make your own syrup. It’s surprisingly easy. Even getting a kit is cheaper than buying commercial elderberry syrup from a health food store.

It may not seem like you are saving a lot when you buy your own ingredients like honey and bottles, but we can always improvise. At the very least, you will be left with ample amounts of syrup for your prepper medicine kit.

Tamiflu is often the drug-of-choice for those suffering the flu – but is it worth it?

While [Tamiflu] is produced by Roche, it was developed by Gilead Sciences Inc. which owns the intellectual property rights. Gilead, which has maintained a low profile,  has outsourced the production to Roche.

Donald Rumsfeld was appointed Chairman of Gilead Sciences, Inc. in 1997, a position which he held in the years prior to becoming Secretary of Defense in the Bush administration.  Rumsfeld had been on the Board of Directors from the establishment of Gilead in 1987.

Dr. Mercola had written at the time, “Since Rumsfeld holds major portions of stock in Gilead, he will handsomely profit from the scare tactics of the government that is being used to justify the purchase of $2 billion of Tamiflu.”

If nothing else, this shows that there was a conflict-of-interest in the push for this expensive drug.

Cochrane – previously known as the Cochrane Collaboration – did an extensive review on the claims of effectiveness for Tamiflu. The company claims that it can shorten the flu, prevent person-to-person spread or prevent pneumonia are dubious for sure. At best, it can only shorten the duration of the flu up to half a day.

Is that worth the ridiculous price tag?

Cochrane did not find substantial benefits to warrant government stockpiling, nor did it agree with claims that drugs like Tamiflu could prevent pneumonia hospital admissions or contagion.

Worse yet, Tamiflu has been linked to suicidal thoughts and completed suicides in teens and children. If that’s what it is doing to teens, could it be causing other psych symptoms in people? Yes – Tamiflu can cause neuropsychiatric symptoms like hallucinations. Japan suspended Tamiflu sales in 2007 following multiple suicides/deaths including a spate of teenagers.

Elderberry Syrup is the safe alternative.

You may not realize this, but modern science is singing the praises of fruit, especially dark, purple berries. The polyphenols and anthocyanins (that’s what makes them all purpley) can do more for a person than cut obesity. They are now linked to immune function, slashing dementia risk and longevity. Perhaps the scientists have only just begun opening up this world of discovery – either way, you deserve the best chance to feel better and use elderberries to their fullest!

Ingredients and supplies to make your own elderberry syrup.

Any prepper’s medicine cabinet should be well stocked with several pounds of dried elderberries. Even better, plant some elderberry bushes so you can harvest your own berries for years.

How do you use elderberry syrup to shorten the duration of a cold or the flu?

One study showed that participants with the flu recovered up to 4 days faster when given just one tablespoon of Sambucol each day while symptoms persisted.

In other words, the elderberry syrup helped them recover an average of half the time.

Here’s how to make elderberry syrup.

Now that you’ve shaken your mix up, let’s begin.

It makes about 32 ounces per batch!*

The product should last 3 weeks. Use it regularly so that you’re sure to use it before it could spoil.

*Note: I made a second batch off the same berries by repeating the process. I wonder how many people think to do this. I could be wrong, but I think re-steeping gets the most possible from the berries.

Donielle Baker over at Natural Fertility and Wellness recommends not boiling the mixture in order to preserve more of the vitamins.

I honestly don’t know if you have to worry about that because, think of teas like rosehip that provide vitamin C – what about the nutrients in soup? Or green tea? I’m just not sure if boiling hurts this remedy or not, but here’s an alternative if you’re worried.

Baker says that instead of boiling, heat until it starts to steam and leave it at this temperature for about 30 minutes until the recipe is reduced enough. She uses less water and says it’s not as bitter. Which makes me think it isn’t infused enough so I don’t use this method. She also recommends adding brandy or vodka.

Honestly, I’m not sure if this gets all the benefits out of the dried elderberries or not. I made a batch by boiling and I did not add alcohol. It’s been a month and my elderberry syrup is still fine!

Check out this recipe from The Hungry Mouse that gets 12 cups of syrup from 2 cups of berries! (48 oz syrup per cup of berries.)

Other ways to use elderberry syrup

You don’t have to just swig it like a shot. There are other ways to use it.

I like to pour a small glass for an afternoon pick-me-up or enjoy with a nighttime snack.

On the mornings after I take elderberry syrup, I always feel more refreshed when I wake up.

Can elderberry syrup be used to prevent the flu?

Although popular wellness doctors like Andrew Weil, MD don’t want people to put too much hope into elderberry syrup as a preventative, many herbalists will tell you to start taking elderberry syrup before the flu makes its rounds. The idea is to give your immune system the best fighting chance. Therefore, I try to make quarterly batches and take the syrup until the bottles are empty to allow breaks in between.

This is more evidence that this herbal treatment for flu — if taken when flu-like symptoms first appear — could help people get through this year’s flu invasion a bit easier.

Do you take elderberry syrup?

What do you like about it? Do you make your own? Tell us about your experiences below! 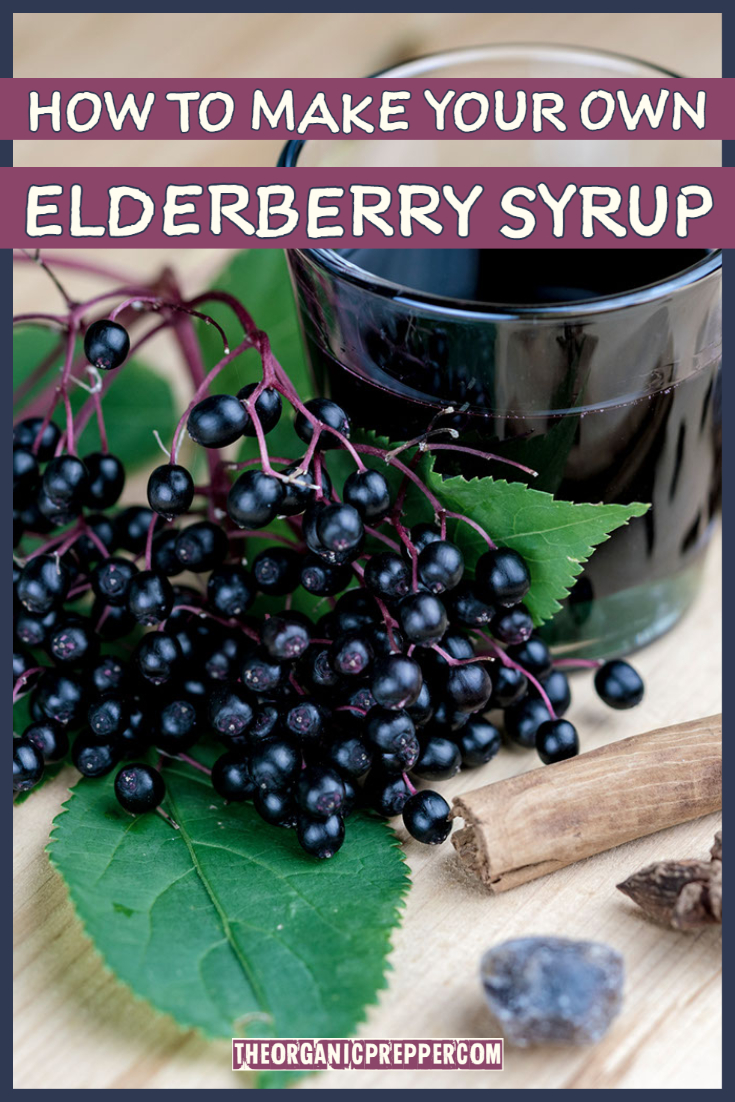