This article was originally published on November 25, 2015.

I’ve previously written about what a rough year for gardening it has been here in California for many, due to the drought, the lack of forageable food for wildlife, and an incredible heat wave. This Thanksgiving, my gratitude goes out to the local farmers that have been more successful than I, who have made our impending feast possible.

At the beginning of summer this year, my best friend and I decided to plant our gardens with a goal in mind. Our families always get together for Thanksgiving, so this year, we would grow ourselves a homegrown feast. Anything we couldn’t raise ourselves, we would procure within 10 miles of home.

We started out great.

BFF had planted potatoes, corn, pumpkin, and melons. Although I got a late start because of a move, I had a lovely herb garden, a fig tree, bean plants, some zucchini, several winter squash plants, and an abundance of tomatoes.

Early in the season, both of us were invaded by deer. Despite our fencing, despite the Deer-B-Gone sprays, despite the smelly pee that we bought from the nursery, the deer decimated Round 1 of my garden in one evening. BFF’s corn, pumpkin, and melons were likewise inhaled by those persistent, relentless, tick-infested jerks.

I figured out how to keep the deer at bay. I got an enormous dog that served to terrify them out of my garden. “Checkmate!” I screamed at them, waving a fist in the air as they grazed on the hill and laughed at me.

I replanted, secure in my belief that I had won the battle against wildlife.

The wildlife had the next laugh, because, GOPHERS.

Like something out of a sci-fi movie, my squash plants vanished, one by one, getting yanked in their entirety down a hole at the roots. At the rate of one per day, they were simply gone.

“We still have potatoes, tomatoes, herbs, and figs,” said BFF. “We’ll just get some meat from a local farmer and it’ll be a great meal.”

I replanted yet again, even though it was far too late in the season, and then came the heat. And by heat, I mean the day after replanting, it reached 115 degrees in my little garden. My new transplants didn’t have a chance in the world.

Then, despite my efforts to keep it alive, my fig tree died, most likely from the epic drought here in California. I salvaged not a single fig, as it was too early in the season for them to be picked and ripened.

“Well, thank goodness we still have potatoes, tomatoes, and herbs,” I said to BFF.

Then my formerly thriving raised beds of herbs and tomatoes began to mysteriously wither. Once lush and green, those poor plants were just keeling over where they stood. The mystery was solved when one day, from the barn, I looked down the hill and saw the dog, that noble protector of the garden and frightener of deer, hiking his leg and PEEING ON MY HERBS AND TOMATOES. Not just a little trickle. A drenching.

I called BFF to express my dismay and she said, “Well, I have some more bad news. The deer ate all of my potatoes.”

I asked, “How could that have happened? Deer don’t eat potatoes. I read that. I READ THAT IN MY GARDENING BOOK.”

I began to sympathize with the Pilgrims even more than I had in grade school history class when my mom had to pick me up from school because I cried so hard I threw up on Tammy H’s desk when I learned about all of those people dying of starvation. (What!?!?! I was a very sensitive child!)

At this point, our homegrown Thanksgiving is going to consist of a couple of tomatoes, an eggplant, a handful of jalapeno peppers, and some eggs.

Thanksgiving dinner will be an omelette for 10.

We’re holding out the fervent hope that some Indians show up with non-GMO corn.

Happy Thanksgiving, from our house to yours. 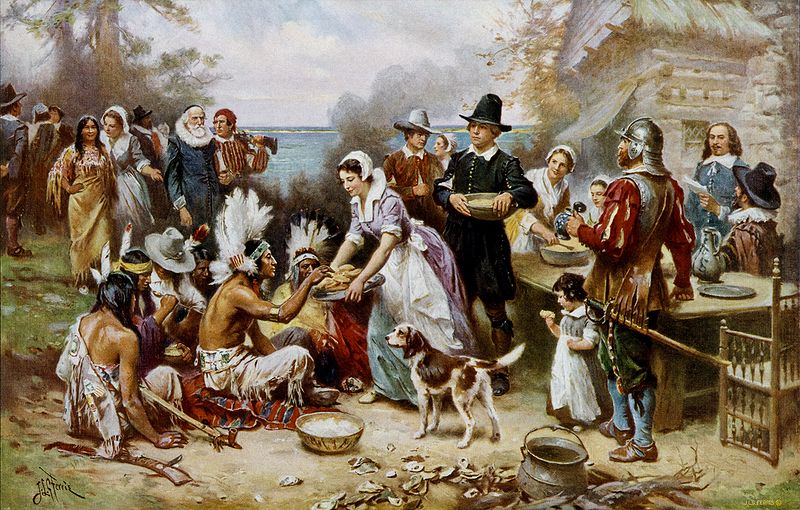 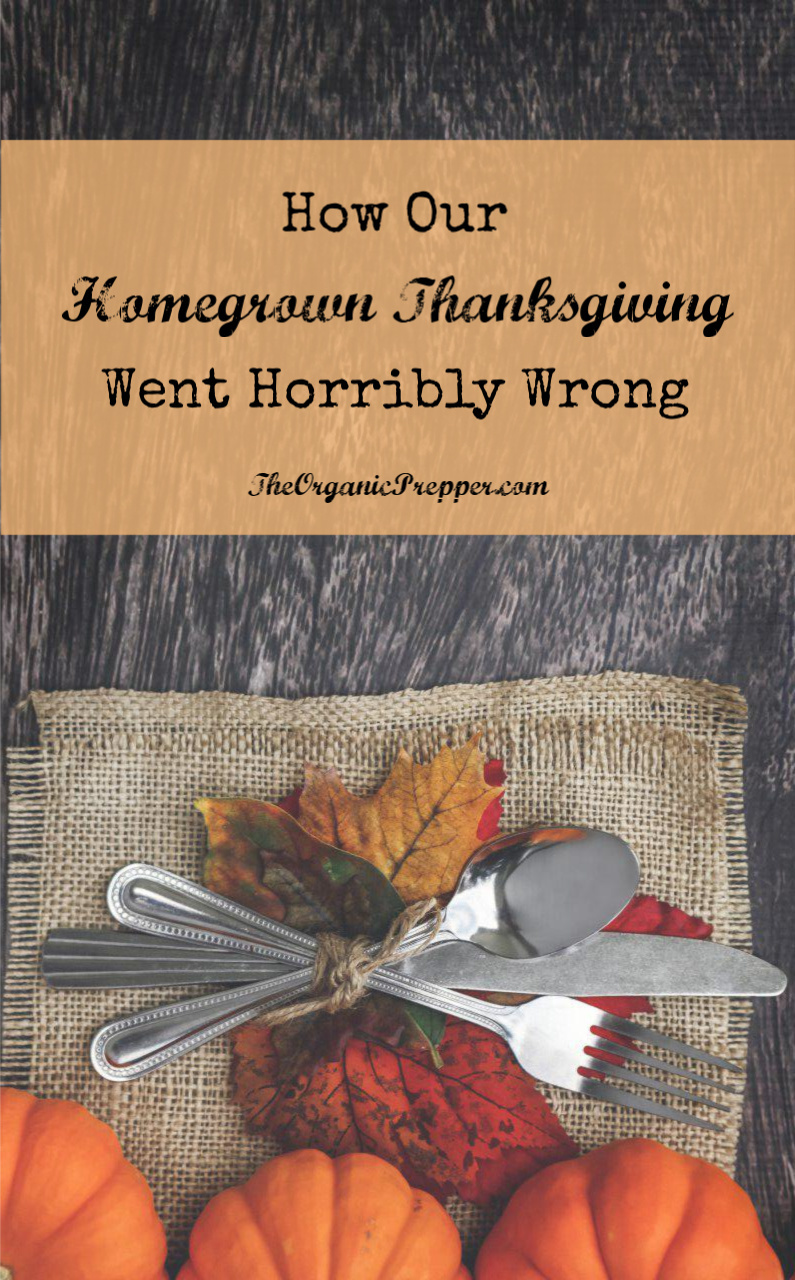