WARNING: This Video Shows How Far Those in Power Will Go to Maintain Control of a Quarantine 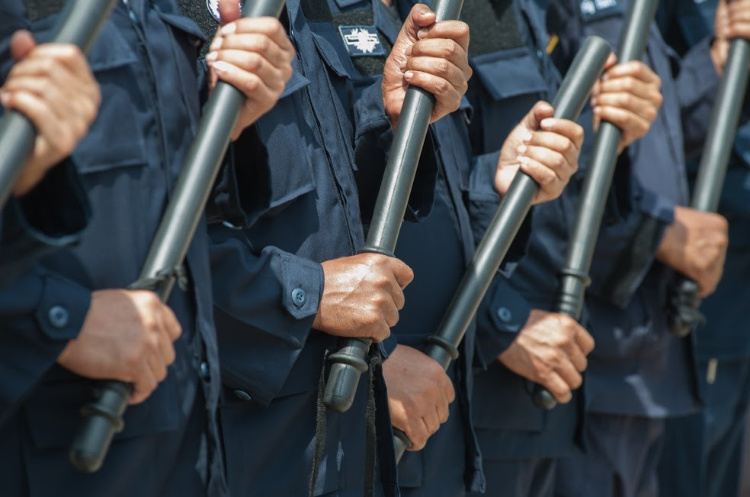 In our modern world, information is power. We know all that. Whether if some information we find allows us to sleep at night, that´s a different question.

Technology has made readily available information we never thought could be possible. This has allowed the shaping of our society in ways we never imagined.

Under severe circumstances, those in control will take extreme measures to keep it. This is, has been, and very likely will continue being a norm. Losing control is the worst nightmare for politicians. They know, that once public law enforcement organizations have been overrun, they will be targeted. Should they have their conscience clean, that wouldn´t happen. But in every society of the world, with the extremely few exceptions, the norm seems to be these politicians don´t have it so clean. Therefore, they will do whatever they have to do, to avoid losing their grip.

How is China maintaining control?

Now let´s analyze Chinese idiosyncrasy. Their culture has been going on for thousands of years. They are right to be proud. Whether that strange and modern concept of “human rights” was respected, it´s not part of the equation. Poor people had “human” rights thousands of years ago? I am not by any means an expert in history; but I would say, most of the actual “empires” are on a basis of total lack of respect for individual rights.

How is it possible that 1.5 billion people are kept under control so they don´t take over the status quo? It´s a mystery for me. But the future is unpredictable and can be really surprising. Things can change. The only constant is change.

We never can underestimate how far the system can go, just to avoid that huge beast called “the masses” getting out of control. This being said, I am going to describe what is in the videos of the link I submit here. This is my personal opinion, strictly. I´m totally responsible.

Warning: The video has some strong violent scenes including female mistreating.

Never been in the military, but I know most of the uniformed forces all over the world some kind of protocol to counterattack every possible contingency. That is something great. Law-abiding citizens will applaud this. Including me of course. But things are different when the contingency is becoming increasingly…threatening.

And this is exactly what seems to be happening. The reactions are extremely violent. The actions are extreme, and it´s hard to understand, if everything is under control, then why this footage is online? Despite all the censorship? These are the dystopian methods used by a desperate government.

Remember, the doctor who first alerted about this outbreak was thrown in a corner to die. It was a plain death sentence. I don´t know in China, but in Venezuela, the time and effort needed to provide someone with the means to be a real, prepared and competent doctor in medicine (not like those posers in Cuba who just want to get off the island to ask for asylum and going to work in someone´s restaurant) is huge: 7 years, and 10 years with an specialty. This shameless contempt for human life, once the owner of such life decides to make a move against whatever affects the interests of the totalitarian regime in charge, is a trait that sooner or later will be the nemesis of such soulless machinery of propaganda, built to feed decadent bureaucrats. Those who have seen how creepy the uniformity of certain “party leadership” is, will understand perfectly what I intend to say.

Maybe some of those watching this video could understand the methodology.

I don´t, and please don´t ask me to do so.  They act so violently, for being authorities, that one could think they seem to be on the verge of collective hysteria.

The video shows, in the first 20 seconds officers with masks dragging people out and immobilizing people on the floor. People are chased on the streets, by officers with sticks. Carried on hanging from legs and arms, by personnel with full-body hazmat suits.

An “officer” hits with both fists several times to a woman. Obviously he loses it after the woman reacts badly to his requests, and he starts throwing fists like a little girl. Shame on him.

Incredibly, a building gets its steel gates welded, shutting it closed for good. Officers in white hazmat suits barricade (on the outside!) a building gate. A pile of dirt and debris is found burying another gate. All of these buildings were suspicious of being infected with the disease.

Officers are seen fighting over people on the floor. They even kick the faces of some citizens. I know people can be annoying, but these officers don´t act like they´re controlling a disease: they look like thugs mobbing someone. I mean, how much time a trained officer lasts getting someone handcuffed? Dragging people on the streets is their idea of “crisis management”?

Another outrageous image is several people handcuffed, but chained by the waist to each other, just like circus monkeys. Jeez, I don´t even like monkeys being chained like that.

Just to be clear, this is NOT a political article, God forbid it. This is a small exhibition of how the desperation of authorities can lead to very dangerous situations for us citizens. No matter where you are. Or even who you are.

Just imagine why I´m so concerned. I´m a foreigner in this country. The only person I care about, and the reason I am here, is a kid. I don´t have a fridge. I have to eat outside, or open a can otherwise.

Just think someday an outbreak makes its way here, and some sort of quarantine is enforced. What the heck am I going to do? Of course, I have some cans and water stored. A small couple of flashlights, and some other stuff. But I won´t be able to make it more than a week, and that is with luck.

What would happen if I have to defy the quarantine, get out the 7 blocks to the next supermarket, to buy some food (if there even is food left)…and a bunch of police throws me in a patrol car with other (possibly infected) guys?

If I never was exposed or contaminated, now I´m done. My only way to escape would be, to fight back (and with the risk they take my papers off me) and run. No one is going to get to look for me in any hospital or some other place. I would be on my own. (This book is an excellent guide to being prepared for quarantines so you can stay out of harm’s way.)

This is starting to be a situation that has been slowly occupying spaces in my mind. After all, 5 years ago I was sitting in my living room, enjoying a cold beer while playing videogames with my kiddo and torturing my annoying neighbors with the full power of my home theater.

5 months from here, God knows what will happen.

Do you see why I´m so concerned about this stuff? It´s amazing this has not made viral yet. The rest of the world (especially some countries in Latin America) seems not to give a f*** about the virus.

My brother-in-law is a really, really nice guy. I appreciate him a lot. I´m almost 20 years his senior but I see him as my (another) younger brother, indeed. He´s a simple man, a country boy now living in a huge city. Sent him the video and he said, immediately “Jose, this is serious. We will have to look for a place without so many people around! Your cottage would be the ideal place!! If you have some plan let me know.”

Thanks for your reading, and I look forward to your comments.