Why Did Google Choose NOW to Remove “Don’t Be Evil” Clause from Its Code of Conduct? 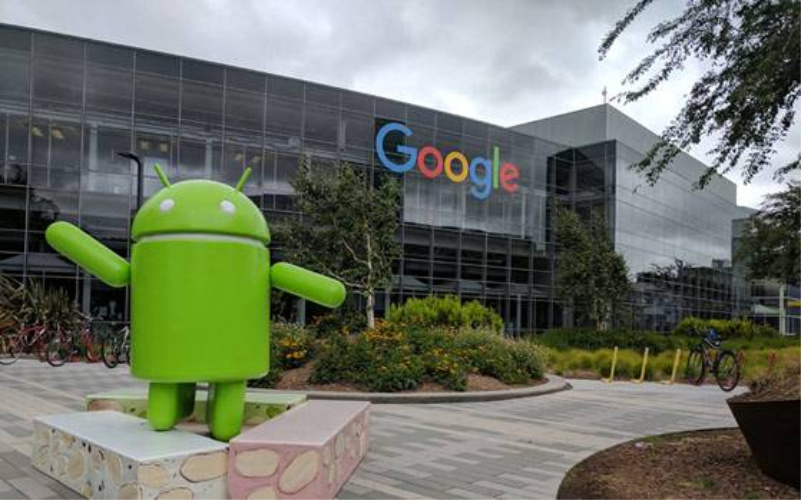 Google used to have an iconic clause in its code of conduct that said, “Don’t be evil.” Yet the clause was recently and quietly sent down the memory hole.

Given the recent House Judiciary Committee hearing involving Google CEO Sundar Pichai to testify on issues like the secretive Dragonfly project that would install a special censorship search engine for Chinese citizens…it’s a little creepy.

Did Google symbolically peel off its last visage of propriety when it dropped its don’t-be-evil clause?

Gizmodo reported in May that the “don’t be evil” concept went through a metamorphosis:

Google’s unofficial motto has long been the simple phrase “don’t be evil.” But that’s over, according to the code of conduct that Google distributes to its employees. The phrase was removed sometime in late April or early May, archives hosted by the Wayback Machine show.

“Don’t be evil” has been part of the company’s corporate code of conduct since 2000. When Google was reorganized under a new parent company, Alphabet, in 2015, Alphabet assumed a slightly adjusted version of the motto, “do the right thing.” However, Google retained its original “don’t be evil” language until the past several weeks. The phrase has been deeply incorporated into Google’s company culture—so much so that a version of the phrase has served as the wifi password on the shuttles that Google uses to ferry its employees to its Mountain View headquarters, sources told Gizmodo.

Side Note: Alphabet Inc created a sister subsidiary to Google called Waymo that has launched its self-driving cars in Arizona as we speak.

Here is what the old code of ethics looked like:

“Don’t be evil.” Googlers generally apply those words to how we serve our users. But “Don’t be evil” is much more than that. Yes, it’s about providing our users unbiased access to information, focusing on their needs and giving them the best products and services that we can. But it’s also about doing the right thing more generally – following the law, acting honorably, and treating co-workers with courtesy and respect.

The Google Code of Conduct is one of the ways we put “Don’t be evil” into practice. It’s built around the recognition that everything we do in connection with our work at Google will be, and should be, measured against the highest possible standards of ethical business conduct….

The “don’t be evil” concept was one of the standards that appealed to potential employees. Yet, it was met with its own critics for being vague and hypocritical. Define evil, Google – define it!

The updated version, however, is eerily sterile, and reads:

The Google Code of Conduct is one of the ways we put Google’s values into practice.

Not very inspiring. Evil dictators have values, too, what of it?

Maybe it’s just too hard to stay clean when you’re the biggest search engine in the world, controlling 92% of global search traffic whereas the next two largest search engines, Bing and Yahoo, have only 2% each of traffic.

Google owns 8 services that each have 1 billion users:

The timing is Interesting

The Independent UK reported in May:

The updated code of conduct comes as artificial intelligence researchers call for Google to abandon a project developing AI technology for the military.

Google’s refusal to cut ties with the US military led to the resignation of around a dozen employees from the company, who cited ethical concerns and warned that autonomous weapons directly contradicted the firm’s famous ‘Don’t be evil’ motto.

In a letter signed by more than 3,100 Google employees last month, the workers stated: “We believe that Google should not be in the business of war… We cannot outsource the moral responsibility of our technologies to third parties,” referring to the company’s involvement in a controversial Pentagon program called Project Maven.

Project Maven would use AI and machines to track and identify objects using drones for the Department of Defense.

Ever since, Google has been embroiled in scandal after scandal and has had it has its hands in just about every pie imaginable.

“In August, Google was reported to be tracking its users’ locations even when location services were switched off.,” reported BBC.

“Google collects an amount of info about its users that would make even the NSA blush,” said Chairman Bob Goodlatte at the recent congressional hearing. “I think it’s fair to say most Americans have no idea the sheer volume of data being collected.

Giri Sreenivas wrote a compelling op-ed for The Guardian speaking out against the actions of Big Tech. He had hopes that Google CEO Sundar Pichai would at least be held to count for Project Dragonfly as much as Yahoo was for aiding and abetting the Chinese government with private data that led to the arrests of two journalists for dissent.

Nope. Pichai was never lambasted even though Dragonfly’s completion would mean a similar imprisonment scenario except on a mass scale.

Full disclosure: Sreenivas is the CEO of Helm which lets users host email and other data on a personal server. More on that below.

Sreenivas reported some things I hadn’t previously known about Dragonfly:

Codenamed Project Dragonfly, the search engine would come with a bevy of features attractive to any autocracy: specific keywords like “human rights” could be blocked, searches would be linked to personal phone numbers, data servers located in China would be open to inspection at any time. Dragonfly would even allow the government to change weather and air pollution data to downplay the toxicity in its cities.

There would be no requirement to notify users of how their data is being used or by whom, nor any barrier to Google handing over personal data when requested, as Yahoo did more than a decade ago. In explaining the company’s motives, Pichai said Google had to explore China “given how important the market is and how many users there are”.

“These tech companies have gone on long enough,” he said.

By giving up that data when needed, Big Tech can continue amassing and monetizing it, he reasons. He argues for a decentralized Internet.

Then he offers this gem:

We’ve outsourced this moral decision-making to the companies themselves. It’s them that we trust to say “we’ll cooperate with this government but not with this one”[…]

Yes, why is Big Tech thumbing their nose at the government of its home base but kowtowing to other governments who are actively violating the human rights of their people? Meanwhile, while our data is being siphoned off, there is talk about how Google deserves “free speech” to do as it will with its search engine algorithms. If Google is to be treated as a human being, then what other human beings could get away with these violations?

What can we do to protect our privacy from Big Tech?

Then he suggests that people can build their own email servers if they know how, in order to avoid Gmail or Yahoo. Of course, that’s exactly what his company, Helm, helps people do.

In addition, be sure to check out Daisy’s list of alternative social media and video options.

Readers, what do you think of the recent Google news?

Will you try out some more private alternatives? If you already have, let us know about your experience below!