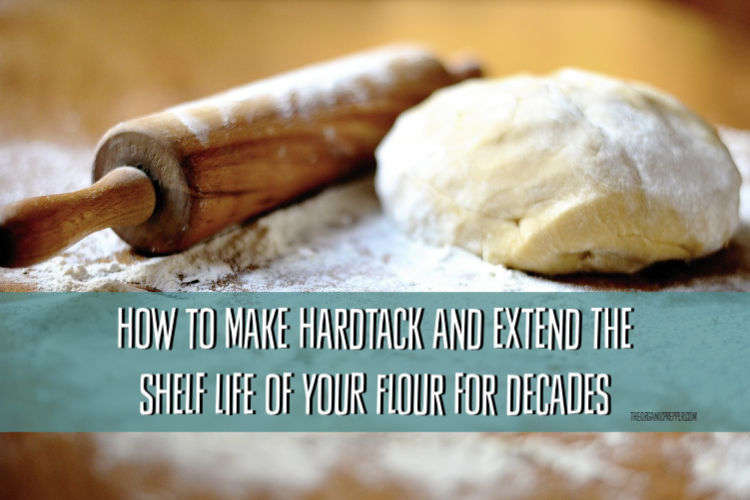 If you ever make anything with flour that has gone “bad” you’ll know it with the first bite: it won’t taste very good. Depending upon how far gone it is, the taste of anything made with old flour can range from being a little weird to downright nasty.

Flour that has gone rancid usually won’t make you sick the way most spoiled foods can. Usually. Sometimes flour can be contaminated with mycotoxins which are toxic substances produced by molds such as Aspergillus species, or by other harmful nasties that can grow on flour that has been stored in damp or less than ideal conditions. If that is the case, throw it out. Don’t try to salvage it.

But what about flour that looks and smells OK, but it’s just a bit old?

Food experts agree that over time, foods made with flour that is too far beyond its useful shelf life can be harmful to your health. Besides a major loss of nutrients in old flour, rancid oils in the grain can destroy some of the B vitamins and vitamin E in your body. It can also form toxic compounds that may contribute to cancer, heart disease, and neurological disorders.

As a general rule of thumb, the quality of whole wheat flour usually begins to decline after about three months at room temperature, six months in the refrigerator, or a year in the freezer. White flour usually stays fresh for about a year at room temperature, two years in the refrigerator or freezer. Afterward, freshness and quality start to decline.

If your flour is so old that you are tempted to throw it out, do a sniff and taste test first. If it does not smell bad (musty, sour, sharp, or weird), put a pinch of it on your tongue and taste it a bit without swallowing. If it passes the taste test, consider keeping the flour a little longer. If you think it would ruin your recipes, there are many other ways you can use old flour. Look for them in a future article. But until then, there’s this amazing thing you can do with flour that is still edible:

You can extend the shelf life of flour for decades by making a shelf-stable survival food.

If flour is not yet too old, you can convert it into an easy-to-make survival food that has an almost unlimited shelf life if stored in a dry, pest-free environment.

A simple bread has sustained many travelers, sailors, and soldiers from ancient times until the World War I era. It was well known as hardtack during the American Civil War; sailors called it ship’s biscuits or ship’s bread. Because it was lightweight and portable, it also rode in many wagon trains to the American West during the gold rush days, and a form of it was used by ancient Egyptian and Roman armies.

This durable survival food was traditionally made with flour, water, and sometimes salt. It was slowly baked at a low temperature until dry and hard, and sometimes baked once more until it was completely dehydrated.

Although it is one of the longest-standing emergency food rations in history, it was not regarded as gourmet cuisine. Soldiers, sailors, and travelers of olden times knew the tricks for making this hard bread more appetizing. I dug into old Civil War records and historical memoirs to learn their secrets for using this famous survival food.

Here are some Hardtack hacks from American Civil War soldiers.

This 235-year-old ship’s biscuit was part of a seaman’s ration in the Royal Navy and is on display in the National Maritime Museum in Greenwich, London: Ship’s biscuit

Here’s how to make hardtack.

There are many recipes for hardtack that contain the same basic ingredients in varying amounts. They all work well as long as it is baked at low heat, long enough until every trace of moisture is completely gone. You do not want to hurry this process by cooking it at high temperatures; low and slow is the key to success. Do not allow this kind of bread to turn dark brown.

Whole grain flour is the type that was traditionally used and has stood the test of time. You can also use plain white flour, but do not use self-rising flour.

If you are tempted to add other ingredients for flavoring or to increase nutritional value, keep in mind that additional ingredients will shorten the shelf life. Especially ingredients that contain oil, even in minute amounts, which will go rancid. (Yes, even garlic powder.) Anything that attracts moisture, such as sugar or honey, may also shorten the shelf life of hardtack. But if long-term storage is not your goal, you may like to experiment by customizing the recipe to suit your tastes.

Dissolve 2 teaspoons salt into ½ cup of water. In a bowl, mix together the salty water and flour with a fork, then finally with your hands. Add more plain water if needed, a tiny bit at a time, so that the dough has barely enough moisture to hold itself together. Add more flour if the dough sticks too much to your hands.

Fold and knead the dough for a few minutes until it is about the consistency of modeling clay (such as Play-Doh) that is a little on the dry side. Make adjustments with flour or water if needed. Roll the dough out on a floured surface with a rolling pin, or a drinking glass, or with your hands until it is just a little less than ½ inch thick.

Cut squares roughly three inches wide by three inches long and arrange them on an ungreased baking pan. With a bamboo skewer, kitchen match or something similarly sized, poke 16 evenly spaced holes into each cracker. Make sure that you have roughly 1/8-inch holes that clear all the way through to the other side of the dough squares. For best results, each square should have four rows of holes across and four rows down. This will help the dough to cook and dry evenly without rising.

Bake for 2 hours at 250 degrees Fahrenheit (121 degrees Celsius), then turn over all of the pieces and cook for another 2 hours for a total of four hours. Allow the hardtack to cool in the oven, then turn on the oven again for an additional hour at 250 degrees, this time with the oven door slightly open.

If you decide to cook a lot of hardtack at once, rotate your trays on the upper and lower racks a few times during cooking so that they cook evenly. You may need to add another 30 – 40 or so minutes or so to the cooking time to compensate for the temperature changes caused by opening the oven door.

Are you feeling creative?

If you are interested in making some hardtack for camping or short-term emergencies, you may want to experiment with adding your own custom flavors and nutritional ingredients to the basic recipe. Let me hear about your ideas; I may want to try them!