5 Things That Disappeared During the Collapse of Venezuela 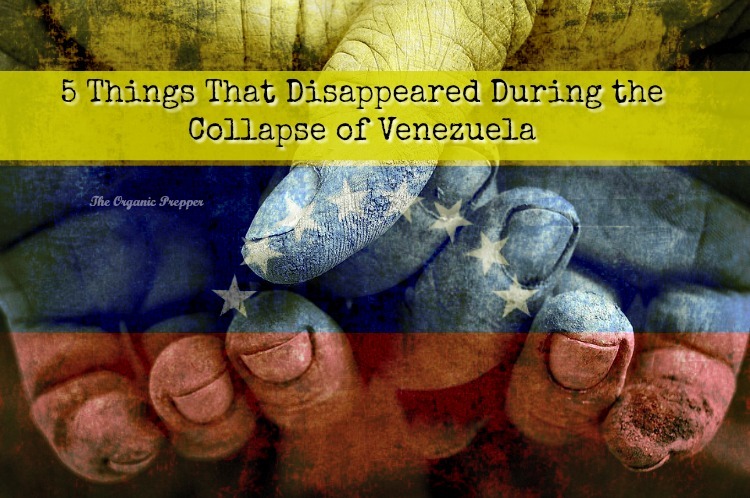 They say nothing lasts forever. But sometimes, I know there are situations that seem to be eternal, and that is how it has seemed during the collapse of Venezuela.

The agony of the Venezuelan induced crisis is about to produce an output. How this results, it will depend on how much external assistance is required.

Many things have disappeared as the military and government continue to control and subjugate the population.

Venezuelans do not have weaponry at home. The right to defend our own lives was seized in 2014 under threat of 25 years of jail for those who don´t give their guns. Those who agreed to the registering of their guns had to give them for “ballistic registration” and they were never given back their weapons.

Please note that the gun culture was never as strong in our country as in the USA or other countries. It was just not as common. Most of our society came from the war-devastated Europe and had an intrinsic fear of guns. Perhaps they had their reasons, though.

These days, there are no gun shops, no ammo available other than for the military and “law” enforcement. What were once well-supplied gunshops with lots of varieties of defense tools, all kind of ammunition, accessories and tons of other stuff, have become sporting goods shops to prevent going out of business. Most of them sell as well accessories for the LEOs and NGs: boots, leg holders,  MOLLE vests, bulletproof vests with the official forces logos, riot helmets. Go figure. But the civilians don´t get a chance to defend themselves.

The daily struggle has been these last few weeks intensifying.

The price increases are no longer bi-weekly. They are daily increases.

Prices are different if you pay with cash, or via debit card or interbank transfer. Remember that old saying that says cash is king? It became especially true…even under the hyperinflation rate. Cash prices are half of what you would pay with debit or transfer.

Of course, that will work until the payment systems fall apart. With the currency control, the spare parts and electronic equipment prices have skyrocketed, and the systems are wearing out at an accelerated rate without any hope to be replaced. I have mentioned this disaster in my social network profiles, as being a post-collapse stage, and the people living in the debris, without even noticing it.

The salaries, obviously, have remained the same, especially those of the state workers. Therefore, there are plenty of workers who have just quit via email after leaving the country without looking back. There are “bonuses” and other government handouts (only available for those with the “Carnet of the Patria” that is used as a blackmail mechanism and for fraud in the elections) that instead of solving the problem makes it worse.

The government has driven to bankruptcy over 8000 companies all over the country. This is serious business.

The situation with the electrical power crisis is becoming a point of no return. The mafia gangsters know that, after food accessibility, the access to energy is one of the major ways to control the population. They have been using military strategies against the civilian population, not just in terms of repressive techniques, but cutting the supply lines.

The lack of a reliable electrical power supply affects the water supply. As a result, now people in the major cities are not just struggling for food. They have now an intermittent water service. Most of them live in places where they don’t have access to space enough for installing a tank, like small apartments in the nearby smaller, “bedroom” cities. Another remarkable negative aspect is the propane supply. It has completely taken over by the mafias.

This problem with electricity makes the banks and ATMs work at 20% of their capacity. The cash available to each user is limited, rationed. Even if you have millions, the daily quota is barely able to pay for a ride on the bus, not even to take a cab.

In some places, the power is limited to 2 hours a day. Not even in the special period in Cuba was there a similar power rationing. There has been proof that one of the “revolutionary” governors is running a warehouse filled with over 11000 Bitcoin mining machines, and this is one of the reasons for the power rationing in the Zulia state. Go figure.

The lack of the investment in the main infrastructure is monumental. Since Maduro arrived, it seems all the money went to someone else’s pocket, but the maintenance of the power grids was never done. Neither the main generator of that which was once the engine of our economy: the oil industry.

The actual balance sheet of this corporation is a joke. I was in a 25 person group. There are only 3 remaining, who can’t leave because they don’t have any money, nor some way to find it. It is a shame because these are responsible family heads, not the usual joker who used to laugh when I mentioned the need for prepping and having the papers ready to fly away. We are now scattered to the 4 cardinal points of South America and Europe.

Most of us are specialists, so many have been lucky to find jobs in the line of work they were carrying along. The amount of specialists, specialized laborers, experienced technicians that have been forced to migrate is so large, that there is no other output. The power grid is collapsing slowly, but its paralyzation is inevitable.

The politicians and I mean both sides of this apocalyptic equation, simply can’t accept this reality. They lack the needed vision. For this guys, the future is just the day after today. Their concept of tomorrow is just as limited and narrow, as big is their greed and lust for power and control of people´s life.

My wife’s testimony is heartbreaking. She has been struggling until last week with the food scarcity. Her cooking skills worked a lot for creating attractive meals for the kids. Mostly for the younger one, indeed…to be honest, the older one is able to eat stuff unknown in this solar system. Not that this is something bad for a survivor.

The amount of people without a proper nutrition is already getting bigger. My wife mentioned that neighbors and acquaintances with an awesome weight loss are surprising. She has run into some friends after some time without seeing them…and she has found herself in troubles to recognize them.

The prices, as expected in a collapsed, hyperinflationary economy, are rising daily.  The only opportunity for survival is receiving an external steady supply of foreign currency, and even this is not sufficient.

Even if you have money enough, you will have to go from place to place to try to buy some food. There is no guarantee of being able to find food available: the mafias take over the food in large amounts, purchasing in bulk and leaving the shelves empty.  The cash money supply is as well kidnapped by the mafias. They sell 1.000.000 bolivars cash but you have to transfer 1.500.000 Bolivars to the accounts of the mafia. The (now) non legitimate government says this is an “Economical warfare” and they keep blaming the US, the EU, the aliens, and the astronomical conjunctions, or the climate change. This is why no one believes in them anymore.

Why do I say the collapse already happened? Because you can’t buy things even if you have the money.

Because now the capability to repair a car or motorcycle is nonexistent. And if you don’t have a bicycle, or some small, gasoline efficient vehicle, dirt cheap and easy to repair, be prepared to walk a lot. My huge cruising motorcycle is now in storage until further notice. I would rather own a small Vespa 250, that have even a spare tire, and carry a passenger with some luggage. This is one of the items I will buy once we are back for the rebuilding. With the gas prices that I expect to be set in the new economy after the recovery, this is going to be a need. My SUV is busted. The engine repairing is on the range of the 1600-1800$. Therefore, I am not repairing anything in the near future.

No concerns here. The mafias are controlling the engine oil, batteries and tires supply, and having an operational car being 4500 kms far away, there is no point on that other than leaving a car in good shape to my dad. But being my brother without a car…well, you get the picture. He is my brother and I love him but I worked way too hard to keep that SUV in good shape.

Leaving was the only option.

I think many of those with some military training reading this will agree with my comment about how are being used military strategies with our civilian population. The reasons are plenty. They have killed people. They know that the international justice is after them and it is just a matter of time before they have to run. They know they have endangered their very own families, in their blindness and immeasurable greed.

They try to cover and silence everyone who is opposed to their plans.

But finally, my family is here, and in good shape. My younger son is under a normal weight for his size, he is happy, and that is what really matters. Thanks to all of those who have found useful our bitter experience and have contributed willingly with some very needed assistance.

It is a journey that I would not wish even to my worst enemy, indeed.

God bless us all, people.