Defense Contractor Wants to “Help” U.S. Feds Access the Location Data of Motor Vehicles…. All Over the World

According to the Ulysses Group, it can help because it can access motor vehicle location data worldwide. Just in case having our phones tracking our locations all the time isn’t sufficient.

Ulysses says the U.S. military and spy agencies should be taking advantage of these services

The defense group offers “cutting edge operational and intelligence services, support, and equipment” to government agencies and other clients. It says that it can “access over 15 billion vehicle locations” across the world every month. According to the group, this data can be viewed “historically” or in real-time.

In a document obtained by Senator Ron Wyden, first reported by Motherboard and shared with Gizmodo, Ulysses claims to “remotely geo-locate” cars in “nearly any country” except Cuba and North Korea. The firm explains how government agencies might find this data useful.

From the Ulysses Group:

The Ulysses Group provides telematics-based location intelligence, in both real time and historical formats. The data can be used to geo-locate, track and target time sensitive mobile targets, tip and cue other sensors, develop patterns of life, identify networks and relationships, and enhance situational awareness among many other applications. … Ulysses’ analysis, and existing access to bulk commercial telematics data, represents a revolutionary opportunity to collect and analyze real time data on mobile targets anywhere in the world without deploying into harms way – whether you want to geo-locate one vehicle or 25,000,000…

As mentioned in a previous article, chatbots are ALREADY harvesting your information for future use. So much for data-privacy rights. Everyone knows that cars have become more and more connected to the internet. Now, vehicles produce increasingly large amounts of data (particularly in location, usage rates, external road conditions, internal media, and communications preferences). This data is often being shared constantly with the automaker, car parts manufacturers, and “third parties.”

As in the case with any data, there has been a race to sell it to the highest bidder, and, as Gizmodo puts it, “a complicated industrial ecosystem has emerged around it.” In 2016, McKinsey, the infamous consulting firm, projected that by the year 2030, global revenue generated by vehicle data might reach anywhere from $450 to $750 billion.

I spy with my little eye … ALL the personal data I possibly can!

And, money, of course.

Federal agencies have also been sucking up mass amounts of personal consumer data collected by companies like Ulysses to improve their surveillance and espionage operations. For example, the Department of Homeland Security and the FBI have also been partaking in the personal data buffet. In the case of car location data, however, the spying abilities are enormous.

“Vehicle location data is transmitted on a constant and near real-time basis while the vehicle is operating,” Ulysses states in the document. “We believe that this one attribute will dramatically enhance military intelligence and operational capabilities, as well as reduce the costs and risk footprint of ISR assets [intelligence, surveillance, target acquisition, and reconnaissance] currently used to search for and acquire mobile targets of interest.”

The company also notes that this data cache is only projected to grow: “By 2025, it is estimated that 100% of new cars will be connected [to the internet] at some level – each transmitted more than 25 gigabytes of data per hour.”

A little history on the Ulysses Group

Ulysses is staffed by former military and intelligence officials and has been active since the early 2000s. Andrew Lewis, President of Ulysses, has served in several high-level Department of Defense positions. Records show the firm contracted with U.S. Special Operations Command (USSOCOM) between 2016 and 2017. The company claims to have provided services related to financial data, aerospace, and drones worked to several other agencies.

Ulysses has won multiple DOD awards to conduct financial targeting and exploitation for the U.S. Navy, U.S. Army, and MARFORCYBER, including a 2016 – 2017 award by USSOCOM to serve as the only company that supported the command within the economic and financial warfare domain. Additionally, Ulysses has supported four different GEOINT focused contracts for NGA. Ulysses has a robust UAS vertical encompassing both fixed and rotary wing platforms that are designed and/or modified for operational use inhouse leveraging our rapid prototyping capabilities.

Just how convoluted is the massive amount of data being collected?

The article published on Gizmodo, “This Surveillance Company Claims It Can Track Nearly Any Car in Real-Time,” has this to offer:

Are you SURE that’s the WORST thing?

We’re not exactly sure if it is the worst thing, but it’s part of the worst thing. The fact of the matter is vehicle data is just one portion of the information being given FREELY to corporations and governments worldwide. Corporations and governments now have enough recurring data to psychologically predict nearly every individual’s movement and thoughts on the planet.

Do you care? What do you think of all this personal data sharing? Is this really something that should be allowed? Let’s talk about it in the comments below. 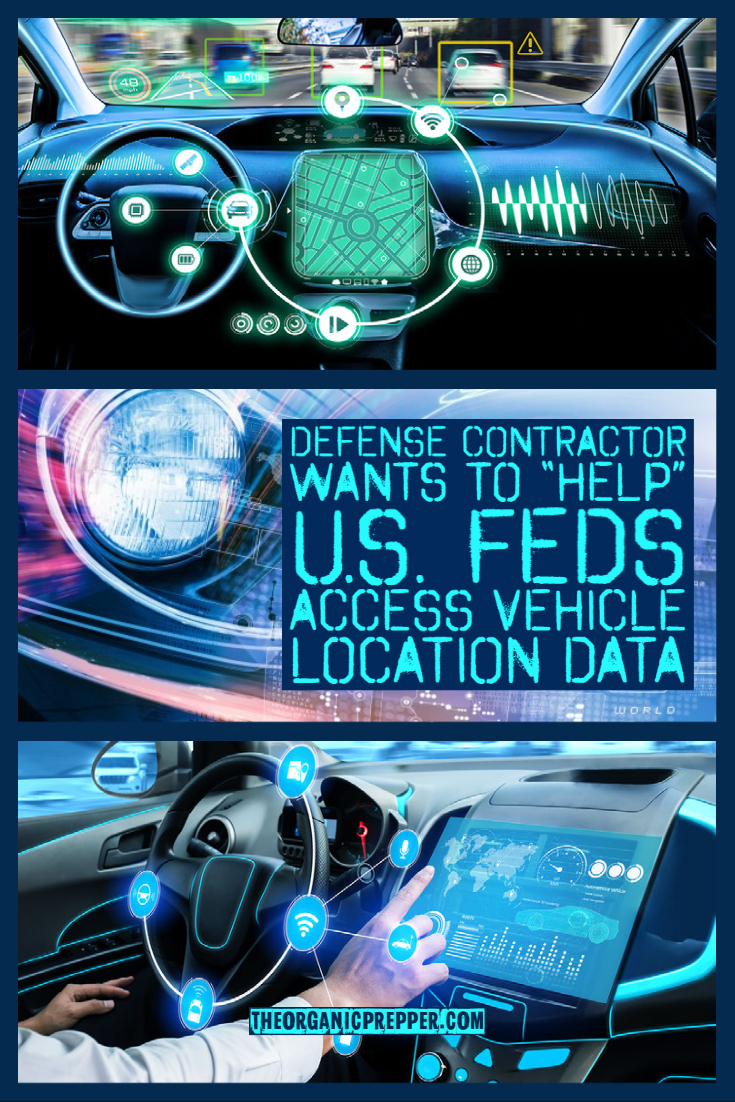 Amazon’s Halo Device Will Tell You If You’re Condescending, Opinionated, or Fat

Where to Get Expert Advice for an Uncertain Future