Hurricane Maria Death Toll 70 TIMES MORE Than We Were Told 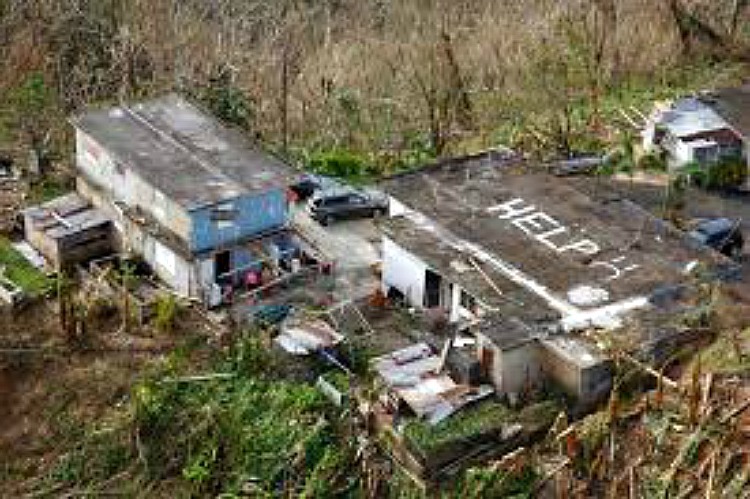 The official death toll in Puerto Rico from Hurricane Maria is only 64 people. With the devastation wrought last September by the powerful storm, many people questioned the veracity of that number. And it looks like they may have had good cause. A new report from the New England Journal of Medicine puts the number at 70 times more than that – they estimate that 4645 people perished due to the hurricane, and say that this is a very conservative estimate.

Quantifying the effect of natural disasters on society is critical for recovery of public health services and infrastructure. The death toll can be difficult to assess in the aftermath of a major disaster. In September 2017, Hurricane Maria caused massive infrastructural damage to Puerto Rico, but its effect on mortality remains contentious. The official death count is 64.

Using a representative, stratified sample, we surveyed 3299 randomly chosen households across Puerto Rico to produce an independent estimate of all-cause mortality after the hurricane. Respondents were asked about displacement, infrastructure loss, and causes of death. We calculated excess deaths by comparing our estimated post-hurricane mortality rate with official rates for the same period in 2016…

…Our results indicate that the official death count of 64 is a substantial underestimate of the true burden of mortality after Hurricane Maria. Our estimate of 4645 excess deaths from September 20 through December 31, 2017, is likely to be conservative since subsequent adjustments for survivor bias and household-size distributions increase this estimate to more than 5000. These adjustments represent one simple way to account for biases, but we have made our data publicly available for additional analyses. (source)

That’s certainly an astonishing difference from the “official” report, isn’t it?

The NEJM says that the interruption of medical care was the primary cause of additional deaths. People with chronic illness, those who were injured, and folks who became ill after the hurricane were unable to access the basic care that would have ordinarily saved them.

Growing numbers of persons have chronic diseases and use sophisticated pharmaceutical and mechanical support that is dependent on electricity. Chronically ill patients are particularly vulnerable to disruptions in basic utilities, which highlights the need for these patients, their communities, and their providers to have contingency plans during and after disasters. (source)

Interruption of utilities was another cause. Residents went for a long period of time without electricity, cell service, and running water. Many of the survey respondents are still without utilities. Waterborne illnesses have been rampant. The NRDC website reports:

Our patients still lack access to potable water. Even now, they are presenting with illnesses related to drinking water contamination at greater rates than doctors were seeing prior to Hurricane Maria. These diseases include gastroenteritis, conjunctivitis, and dermatological conditions such as dermatitis, scabies and pediculosis. Some of our patients have tested positive for shigellosis. Since Maria, we have also seen several cases of leptospirosis—a relatively rare bacterial infection in humans, commonly transmitted by allowing fresh water that has been contaminated by animal urine (often from rats) to come in contact with the skin, eyes, or with the mucous membranes. This condition usually causes heart failure, kidney failure or liver failure, and most sufferers die if they are not treated quickly.  Waterborne diseases are still present as a significant health risk to our patients six months after Maria. (source)

Water preparedness is probably the most important prep you can undertake in the event of a long-term disaster like this one.

Officials in Puerto Rico have not released mortality data since December 2017 and it appears that all requests for this data have been denied.

It’s incredibly important from a preparedness point of view to have an accurate death toll, as well as an accounting of the prevalent causes of the deaths. Without that data, future responses will suffer.

As the United States prepares for its next hurricane season, it will be critical to review how disaster-related deaths will be counted, in order to mobilize an appropriate response operation and account for the fate of those affected. (source)

Here’s what preppers can learn

In a longterm disaster, you cannot depend on 911. You should be asking yourself these questions:

If you’re anything like most Americans, you may find that you have some work to do before the next series of natural disasters rolls around.