The Microchip Is HERE: DARPA Biochip to “Save” Us from COVID Can Control Human DNA 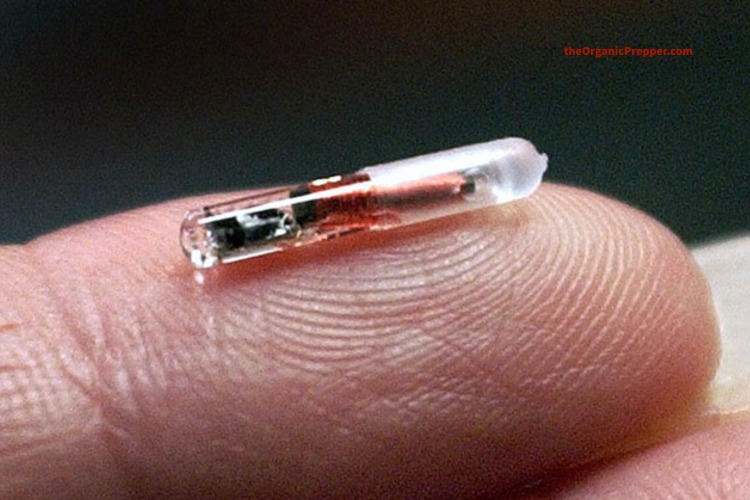 While half of the American voting public is no doubt waiting in earnest for the announcement of a release of the COVID vaccine and as totalitarian states and governments the world over attempt to require proof of negative tests before travel, a new tool in the shed of government surveillance and control is revealing itself.

The microchip has arrived.

While many are still attacking anyone warning of the “coming Microchip” as a conspiracy theorist, Luddite, or religious fanatic, that microchip has arrived.

But governments aren’t having to market the chip as a method to track, trace, and control their populations. Instead, they are marketing the chip as a way to track and detect COVID and other coronaviruses. Clearly, this is a much easier sell to a public literally terrorized by their governments and mainstream media outlets for the last six months.

Raul Diego details the creation and coming rollout of the new biochip in his article, “A DARPA-Funded Implantable Microchip to Detect COVID-19 Could Hit Markets By 2021,” where he writes,

The most significant scientific discovery since gravity has been hiding in plain sight for nearly a decade and its destructive potential to humanity is so enormous that the biggest war machine on the planet immediately deployed its vast resources to possess and control it, financing its research and development through agencies like the National Institutes of Health (NIH), the Defense Advanced Research Projects Agency (DARPA) and HHS’ BARDA.

The revolutionary breakthrough came to a Canadian scientist named Derek Rossi in 2010 purely by accident. The now-retired Harvard professor claimed in an interview with the National Post that he found a way to “reprogram” the molecules that carry the genetic instructions for cell development in the human body, not to mention all biological lifeforms.

These molecules are called ‘messenger ribonucleic acid’ or mRNA and the newfound ability to rewrite those instructions to produce any kind of cell within a biological organism has radically changed the course of Western medicine and science, even if no one has really noticed yet. As Rossi, himself, puts it: “The real important discovery here was you could now use mRNA, and if you got it into the cells, then you could get the mRNA to express any protein in the cells, and this was the big thing.” (Source)

Here’s what the technology can do

This new technology amounts to the remote control of biological processes.

As early as 2006, DARPA was already researching how to identify viral, upper respiratory pathogens through its Predicting Health and Disease (PHD) program, which led to the creation of the agency’s Biological Technologies Office (BTO), as reported by Whitney Webb in a May article for The Last American Vagabond. In 2014, DARPA’s BTO launched its “In Vivo Nanoplatforms” (IVN) program, which researches implantable nanotechnologies, leading to the development of ‘hydrogel’.

Hydrogel is a nanotechnology whose inventor early on boasted that “If [it] pans out, with approval from FDA, then consumers could get the sensors implanted in their core to measure their levels of glucose, oxygen, and lactate.” This contact lens-like material requires a special injector to be introduced under the skin where it can transmit light-based digital signals through a wireless network like 5G.

Once firmly implanted inside the body, human cells are at the mercy of any mRNA program delivered via this substrate, unleashing a nightmare of possibilities. It is, perhaps, the first true step towards full-on transhumanism. (Source)

Patrick Tucker of Defense One goes into a few more specifics of how the biochip works. He describes it as follows:

The sensor has two parts. One is a 3mm string of hydrogel, a material whose network of polymer chains is used in some contact lenses and other implants. Inserted under the skin with a syringe, the string includes a specially engineered molecule that sends a fluorescent signal outside of the body when the body begins to fight an infection. The other part is an electronic component attached to the skin. It sends light through the skin, detects the fluorescent signal and generates another signal that the wearer can send to a doctor, website, etc. It’s like a blood lab on the skin that can pick up the body’s response to illness before the presence of other symptoms, like coughing.

You won’t be surprised by who supports this.

It is clear this project has support in the halls of the corporate world and the American government.

The private company created to market this technology, that allows for biological processes to be controlled remotely and opens the door to the potential manipulation of our biological responses and, ultimately, our entire existence, is called Profusa Inc and its operations are funded with millions from NIH and DARPA. In March, the company was quietly inserted into the crowded COVID-19 bazaar in March 2020, when it announced an injectable biochip for the detection of viral respiratory diseases, including COVID-19. (Source)

The only obstacle is a delivery system, which though Moderna claims to be developing separately, is unlikely to get FDA approval before the federal government’s own DARPA-developed hydrogel technology, in tandem with Profusa’s DARPA-funded light sensor technology, which is expected to receive fast track authorization from the Food and Drug Administration by early 2021 and, more than likely, used to deploy a coronavirus vaccine with the capacity to literally change our DNA.

In addition, the Department of Health and Human Services (HHS), is currently investigating Moderna’s patent filings, claiming it failed to disclose “federal government support” in its COVID vaccine candidate patent applications, as required by law. The technicality could result in the federal government owning a 100 percent stake in mRNA-1273. (Source)

Take a microchip or face the consequences.

Activists and concerned citizens need to stop talking about the “coming microchip” and how they will refuse to be chipped when the time comes. That time is now. Soon, people all over the world are going to have a very difficult decision to make – take a microchip or face the consequences. Judging by the amount of people walking around in masks during my trips to the supermarket, I’d say the odds are not in the favor of free humanity. Most people will line up for it willingly.

Note: Listen to researcher Alan Watt of CuttingThroughTheMatrix.com discuss the biochip and much more in a historical and analytical context here:

Do you believe that the microchip everyone has been worried about will be delivered via a COVID vaccine? Do you expect the vaccine to become mandatory? We’d love to hear your thoughts on this in the comments.