SELCO: The Dangers of Looking “Tactical” When the SHTF

Every now and then I get into “rant ” mode, and then even I realize that I am being grumpy. I can’t help myself, I have to go through it, and usually, that means I have to write.

My very good friend told me a story some time ago. This friend is into survival training, and he is a very good observer of people and events.

He was traveling and landed in some airport somewhere.

There he spotted a guy in tactical grey pants, 5.11 shirt, and dark glasses, tactical boots… the guy was looking like the “prototype” of “being tactical.” He was standing there with a “tough” expression on his face.

He did not move.

He was being all “tactical”.

But being tactical means not standing out.

The only problem is that he was sticking out badly because he was in the middle of hundreds of people who were in holiday mode; funny shirts, suitcases, travel bags, or business suits. Yet, he was standing there like a wannabe mercenary.

I mean maybe the guy just likes to wear cool stuff, I do not have anything against that.

The point is the concept of “looking tactical” went into some wrong and weird directions a long time ago for many reasons: books, Hollywood, survival industry, money… and that guy is a perfect example of how you can be dressed in tactical equipment and look tactical but still stick out ridiculously.

Looking tactical at that airport probably means being dressed like you are going on a holiday, or business trip, or walking and acting like you are checking the arrival of a plane, or talking on the phone or whatever else.

A problem with the tactical industry

One of the cool things about taking physical courses is getting some equipment for testing in a “real” situation.

It is cool because I like to check new things- survival items. It is also very good to discover some points in course situations when that piece of equipment works great or really sucks, because you may plan to improve it before you need it in real life.

We have seen and tested in courses, good and high-quality tactical shirts, waterproof, lightweight, warm… with a very cool “tactical” patch on the sleeve. The only thing is that the patch is too cool, it “glows” in dark, which looks cool and tough, but not if you want to hide from someone who wants to harm you, or if you want to move unnoticed to harm someone else.

Now, the shirt is still great, more then great, but we realized what needs to be improved (the patch).

So, please memorize this: in survival business, cool does not necessarily mean good and usable.

Test it first, no matter how cool it looks on first sight.

How you act and look matters in an SHTF event.

One of the main takeaways, from my experience, when we are talking about the first period of SHTF is mass confusion and disorder.

You have (in urban areas) a whole bunch of confused and frightened people.

Now, what is the main and most important point of blending in?

It is the fact that you need to look and act like everybody else around you.

So, as a result, no – in the beginning phases of any SHTF – you probably do not want to look like an overly tactical mercenary who is tough and knows what to do.

You will want to look like everybody else around you until you figure out what to do and how to do that (bug out, bug in, etc.).

People often do have fantasies of looking like a Delta Force guy driving a tricked out monster truck when the SHTF, but actually the reality is in the beginning phase you have a better chance if you like the average guy who does not have too much valuable stuff while moving away, together with other frightened folks.

Otherwise everybody else around you will want to have your cool stuff.

While everybody else around you is in panic, moving away from danger with whatever they have in a hurry – you being truly tactical means you need to look exactly like them. You have to be the gray man, and being gray always changes.

You are completely “tactical” then.

The situation is fluid.

People like easy and concise explanations and solutions, while in reality, life (when SHTF) has intentions to kick you in the teeth right at the moment when you set in motion your perfect plan about whatever.

So yes, there are no easy and “all situation” solutions.

A perfect example is a favorite topic, the BOB (bug-out bag).

Whenever someone asks me about the “perfect BOB,” or what my BOB is I have a hard time answering.

The reason for that is in fact that I do not have my one, perfect BOB.

Now consider the situation when something bad happens and people are on streets, moving, rioting, running away and you go to bug out with a BOB that looks like it cost $500 dollars.

Most out there will probably be some folks who will want to hurt you in order to take it away from you.

In that situation, it makes more sense to have a bag with you that looks like a simple gym bag, or maybe something a bit more complicated than a shopping bag? Maybe nothing more.

Remember you need to adapt.

Adapt your BOB to the situation outside

So do I have my perfect BOB?

I have several of them that look different, some of them are nothing more complicated than a school bag, others are really “tactical.”

I do have things and equipment that are ready to be put in a bag very fast, and in layers on me, but BOB alone is going to be chosen based on the situation outside, just like my clothes for example.

I cannot be ready for everything but I can try to adapt to the situation outside.

SHTF is “fluid,” there are usually phases of it.  While having an assault rifle in your hand and full camo and night goggles make sense in some situations, in others it will clearly make a target out of you in split second.

You need to feel how the situation changes around you right from the first signs of SHTF to the full extent of it.

It is nothing spectacularly smart, it is just careful observation of how people around you react in events (when SHTF), and you need to adapt to those reactions. If you fail to do that, you’re simply going to fail to recognize the new rules outside. 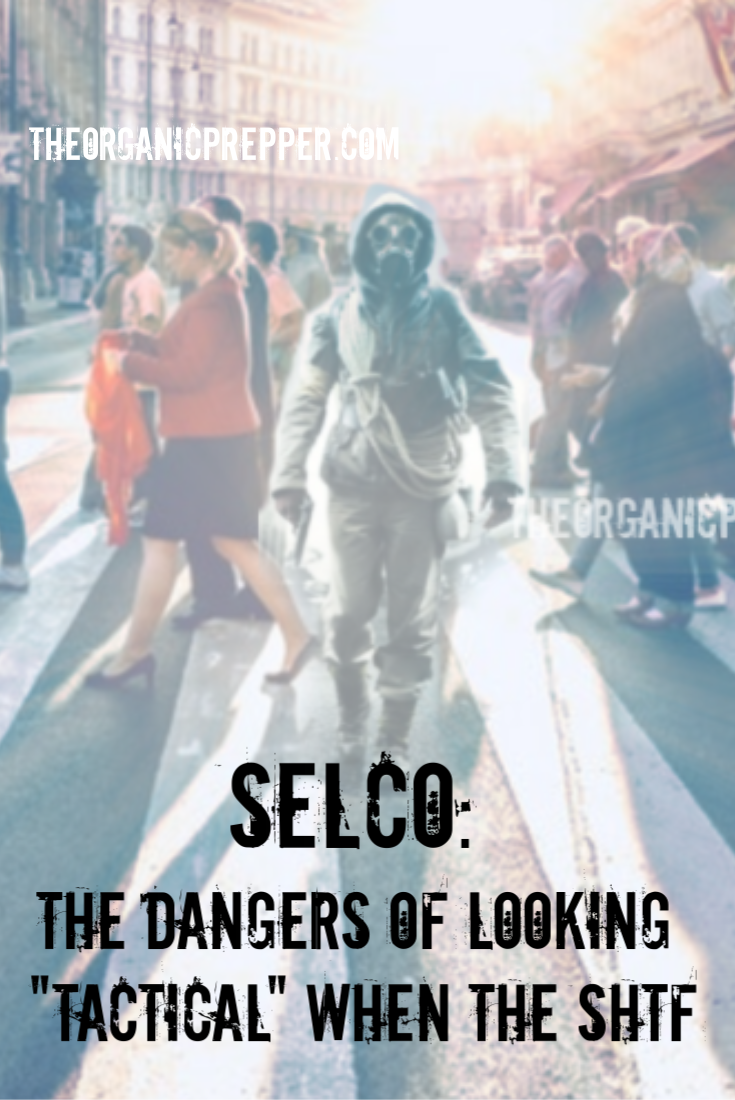