Is 2021’s Fictional Cyberattack Simulation Prepping Us For a Cyber Pandemic? 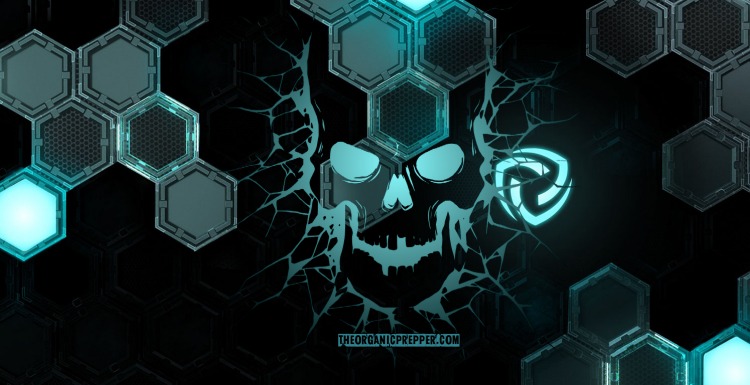 What some readers may not know, however, is that the World Economic Forum conducted a similar simulation, Cyber Polygon 2020. This 2020 event also predicted a global catastrophe.

A new cyberattack simulation, Cyber Polygon, will occur in July 2021.

The WEF, Russia’s Sberbank, and its cybersecurity subsidiary BIZONE announced in February that a new cyberattack simulation would occur July 9, 2021. The event will simulate a supply-chain cyberattack similar to the SolarWinds attack that would “assess the cyber resilience” of the exercise participants.

From the Article written by Whitney Webb and Johnny Vedmore, “From Event 201 To Cyber Polygon: The WEF’s Simulation Of A Coming Cyber Pandemic” :

The exercise comes several months after the WEF, the “international organization for public-private cooperation” that counts the world’s richest elite among its members, formally announced its movement for a Great Reset, which would involve the coordinated transition to a Fourth Industrial Revolution global economy in which human workers become increasingly irrelevant. This revolution, including its biggest proponent, WEF founder Klaus Schwab, has previously presented a major problem for WEF members and member organizations in terms of what will happen to the masses of people left unemployed by the increasing automation and digitalization in the workplace.

New economic systems that are digitally based and either partnered with or run by central banks are a key part of the WEF’s Great Reset, and such systems would be part of the answer to controlling the masses of the recently unemployed. As others have noted, these digital monopolies, not just financial services, would allow those who control them to “turn off” a person’s money and access to services if that individual does not comply with certain laws, mandates and regulations.

How do the event coordinators describe Cyber Polygon 2021?

The newly updated event website, Cyber Polygon 2021, ominously warns as the world is more interconnected and global digitalization accelerates “a single vulnerable link is enough to bring down the entire system, just like the domino effect. A secure approach to digital development today will determine the future of humanity for decades to come.”

From the World Economic Forum site:

What is Cyber Polygon?

This year discussions during the live-streamed conference will centre on secure development of ecosystems. With global digitalisation further accelerating and people, companies, and countries becoming ever more interconnected, security of every single element of a supply-chain is key to ensuring the sustainability of the whole system.

During the technical exercise, participants will hone their practical skills in mitigating a targeted supply chain attack on a corporate ecosystem in real time.

Crises seem to conveniently arise when the people in power want change.

All this ties right into Universal Basic Income. The very popular UBI, introduced with even more vigor after the COVID 19 pandemic, has popularized consistent “stimulus payments” to survive the crisis. The idea of the UBI has been thrown around as a solution to poverty for some time, with bloggers like Daisy Luther comparing it to modern-day feudalism. With the building blocks of the technological control grid already in place, adding a UBI forms a relatively strong foundation.

The WEF has settled on the model of “stakeholder capitalism.” In name and theory, it appears to be an inclusive type of capitalism. However, it would essentially merge the public and private sectors, which would, as Webb and Vedmore write, create “a system much more like Mussolini’s corporatist style of fascism than anything else.” To get to that point, however, the current system must collapse. Its replacement society will be successfully marketed to the general population as being better than its predecessor.

“When the world’s most powerful people, such as members of the WEF,” write Webb and Vedmore, “desire to make radical changes, crises conveniently emerge—whether a war, a plague, or economic collapse—that enable a “reset” of the system, which is frequently accompanied by a massive upward transfer of wealth.”

Is there a possible warming of international relations with Russia?

What’s also notable about the upcoming simulation is Russia’s inclusion as a leader of such an important global event.

If there is a real cyberattack that disables and disrupts a large portion of the global financial system, who will be blamed? Is the overused Russian hacker narrative coming to an end?

The answer to that question might be the final nail in the coffin of anything resembling a free society.

How do we prepare for a real cyberattack?

Many of you would probably rather not wait for a fictional simulation to tell you how to prepare for this. Here’s what you need to know about them and how to prepare for a cyber attack. Cyber attacks are a growing risk, experts say, with some even suggesting that cyber warfare will be the battleground of the future.

It’s interesting how simulations, trial runs, and mock attacks often seem to precede actual events. Do you think there’s a likelihood of a major cyber attack in our future? What preparations will you make for such an event? Let’s talk about it in the comments.