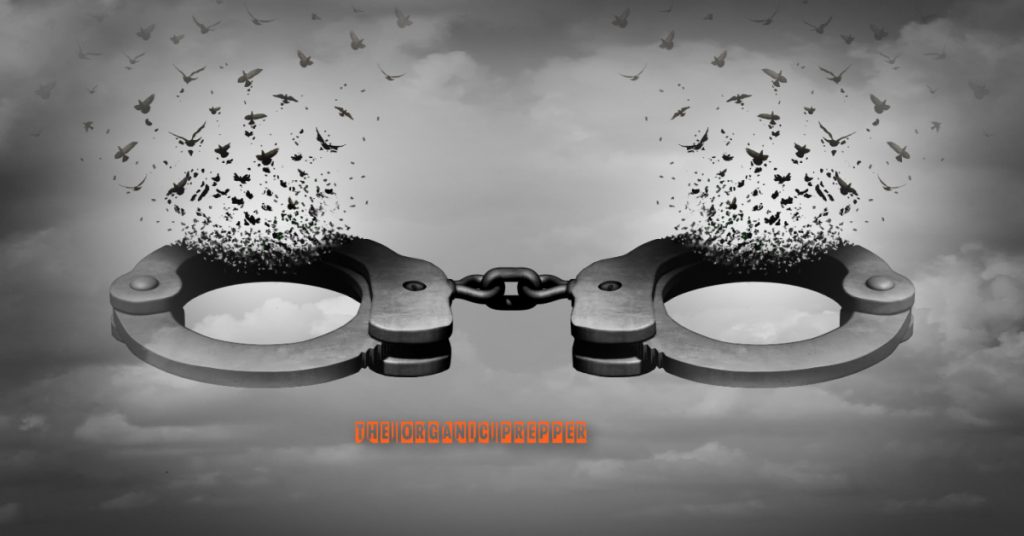 As of 2023, Illinois is throwing its hands in the air – um, focusing on criminal justice reform – and will no longer be requiring cash bail for a series of crimes. Ironically, the new bill is called the SAFE-T Act. This reminds me of the “Patriot Act” and other bills with names that mean the opposite of the content.

Are we watching the Rule of Law crumbling right before our very eyes?

What crimes will no longer be subject to bail?

Part of this bill, the PreTrial Fairness Act, will do away with bail, as many people who are arrested can’t afford it. As of January 1, 2023, the following  are just a few of the crimes will not require detention while waiting for trial:

They’ve replaced the word “bail” with “pretrial release” and it will no longer cost money. That’s right – folks accused of violent crimes such as arson, battery, kidnapping, and murder will be A-OK to leave and come back later for their trial.

State Representative Patrick Windhorst shared his thoughts on some of the offenses that won’t involve detention before going to trial.

“So there are a whole list of violent crimes, burglary, robbery, arson, kidnapping, almost all drug offenses even drug distribution, DUI offenses, even DUI offenses that are involving a fatality, that do not qualify for detention under the Illinois Safety Act. To me, that’s going to mean a lot of individuals are committing crimes and being released immediately, if not within a couple of days,” he said.

It’s important to note that according to State’s Attorney J. Hanley this law prohibits judges from “considering each case on its own merits and applying the law accordingly.”

Anyone being held pending trial will be released.

On Jan. 1, 2023, anyone who is currently awaiting trial in the state of Illinois for one of those crimes will be released and asked to come back for their trial.

An Illinois sheriff is worried.

The bill reportedly passed with the support of upstate lawmakers. Proponents of the law said it’s wrong to keep people locked up simply because they can’t afford bail.

According to Sheriff Sopczak, fewer suspects will end up going to jail. Only suspects involved in specific deadly incidents could be held.

“We’re going to end up calling someone saying, ‘Can we arrest them?’ Just because of liability, if you take someone into custody and it doesn’t meet all the criteria, then you can get in trouble,” said Sopczak.

Sopczak also said he isn’t clear how the law will be implemented.

Other limitations of the bill

But that isn’t all. The far-reaching bill imposes other ridiculous limitations, as well.

Felony murder would still require suspects to remain incarcerated until their court hearing, and those charged with domestic violence would be held in custody for 24-48 hours.

But, only if the prosecution proves that the suspect is a danger to the safety of a specific, identifiable person or persons, Hanley pointed out.

“Imagine the defendant who murdered his wife, to whom he no longer poses a threat, being released because of this ridiculously limited legal standard,” Hanley said…

…“Judges may no longer issue a warrant when a defendant fails to come to court,” Hanley added. “Instead, an absent defendant must next be served with a court order asking them to appear and then fail to appear a second time before a warrant may be issued.”

Unsurprisingly, some folks think this is great.

Of course, there’s always a chorus of people who will tell you why you’re wrong. My Stateline reports:

The aim of the legislation would set free certain criminal offenders without having to wait in jail for their court date, because they can’t afford bond.

Advocates for the abolishment of cash bail view it as a pillar of institutional racism within the criminal justice system.

“That’s just inequitable that some people get to be free because they have money and other people have to remain incarcerated, which has all kinds of terrible consequences for people’s ability to work, for their housing, their whole families suffer,” said Ben Ruddell, ACLU of Illinois, according to WLS.

Illinois is about to get a lot more dangerous.

New York City is already suffering a massive crime wave after undergoing massive bail reform. (It’s completely unrelated that they now release most criminals without cash bail, according to popular opinion.) If you do feel it’s related then it seems like Chicago, already one of the most dangerous cities in America, is bound to quickly follow in the footsteps of the Big Apple when 2023 commences.

While I deplore the prison industrial complex and for-profit prisons that incarcerate people for decades to turn them into modern-day slaves, I also think we need deterrents in place to prevent crimes from occurring.

What do you think of bail reform that allows the accused to go free on “pretrial release?” Do you think it’s reasonable to let those accused of certain crimes be let go and expected to return for their trials? Do you think crime in Illinois will increase? Share your thoughts in the comments.

Daisy is the best-selling author of 17 books, and runs a small digital publishing company with PDF guides, printables, and courses at SelfRelianceand Survival.com You can find her on Facebook, Pinterest, Gab, MeWe, Parler, Instagram, and Twitter.