SELCO: The COVID Pandemic in the Balkans Was a Reminder of Survival Mode 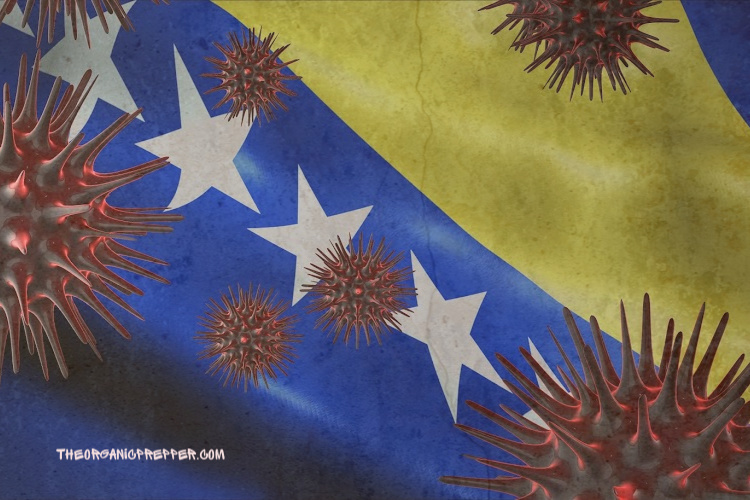 Watching how the pandemic stuff worked here around me in the Balkan countries was something like re-learning about prepping, and actually it was good class (unless you were sick, got fired or similar).

Rough times from the pandemic here are pretty much gone, at least that peak of it, so some things can be summarized. Other things, like unemployment, surged as a result of everything and is still on the rise, so that catastrophe is still building, not to mention expectations of a second wave.

There might be similarities with the situation wherever you are, but some things are different here, mostly because of the history of this region in the last 25-30 years. People here have experienced civil wars, sieges, UN sanctions, the fall of systems, curfews, martial laws, mass executions, life without electricity or running water, bombardments… so the whole coronavirus stuff is not like a joke here, but people more easily go into that “survival mode” or easily adapt to hard things than elsewhere.

You know that feeling when some strange epidemics happened always in the same region of the world, and you hear or read about it somewhere, and kind of forget about it (because those things happen always somewhere else in some far part of the world)?

There was a new disease somewhere far away, and nobody gave sh*t about it. It started there and it will end up there.

Only it spread so fast everywhere.

Note: it can happen anywhere

I think the first real feeling of possible danger was the virus being discovered in Italy (which is close by the way). At the time the first cases showed up here, people were still reluctant to use masks publicly. It was something like they were shy to admit that they took the threat seriously because the general feeling was it was nothing, at least most people said so.

There is something in the human mentality that they never believe it can happen to them, even here where people have experienced a lot of things. So when the first real cases showed up in the cities there was a sudden shift from the “Nah, it is nothing” to the “Sh*t, this is real”, and of course both reactions were on the far ends of the spectrum. Both reactions were “overreactions” but that is human too.

Note: It is hard to believe in things that you have not experienced before.

The first cases of the virus brought panic in the shops, so you could see big malls crowded with people, which was funny because people actually did what they feared most. They gathered together in big shops to get food, hygiene stuff, and all else. So in the same time, it was run for resources and try not to be in a big crowd. The results of that were ridiculous because folks tried to do it fast, and it was impossible to do it fast because of too large a demand.

Note: Always be a few steps ahead, it sucks to realize something when the majority of folks realize it, You need to realize it before them.

Some stuff started to be hard to find after a few days, things like flour and particular kinds of food.

The information was out that there was enough food in storage, just that there was not enough particular items on shelves because of the sudden huge demand. But, of course, nobody listened too much. Actually, most of the folks took it as false news for keeping people calm, which resulted exactly in the opposite – an even bigger run for some items.

Hand sanitizer, face masks, medical alcohol, alcohol pads, and similar items were impossible to find after a couple of days. Well, actually, it was possible to find it on the black market, at prices 10 times more expensive, sometimes even more.

Soon people realized that, for example, you can make alcohol for disinfection from industrial alcohol, by diluting it, and that kind of industrial alcohol is dirt cheap. Then prices for that went sharply up in few days.

When most of the businesses were closed, and after a night-time curfew started, the streets were empty and folks were scared. It started to bring the whole thing to a new dimension, of course with the help of media news bombardment about how the virus spread, what is dangerous, how many people could die, and whatnot.

So, in reality, maybe ten days after the “Nah, it is nothing” stage, a lot of folks brought themselves to the point of if someone sneezed 100 meters away they would run.

Everybody was full of info about what exactly virus was about, and actually nobody knew nothing for sure.

Note: When there is no real information, some information has to fill the vacuum – even if it’s false.

Well, it was different here from region to region, but one thing common to all was the fact that nobody was properly ready for it.
Medical systems here are already “limping” for decades, so a situation like a new pandemic easily pushed it to an almost complete halt.

Actually, a few days after the first cases showed up here, it already was clear that the basic medical supply needed for the pandemic is short: masks, protective suits, disinfectant…and all of that was missing in hospital settings by 10 days after the start.

It was not completely gone but was very limited, especially in terms of quality. So for example, to work with patients highly suspected to have COVID, as a medical personnel, you needed to use one or two pairs of disposable gloves for the whole shift, a face mask that is clearly not meant for that kind of patient, and “wash” disposable equipment and similar.

The situation here was not even close to being like in some other European countries when it comes to numbers, luckily. But it was for sure clear that many other patients missed care for their illnesses because everything kinda “shrank” because of Covid patients. So for example, if you were a person with chronic heart disease, you had a much bigger chance of dying in this period because of a lack of care. The medical system “diverted” or “closed” because of the expectation of COVID patients and the restrictions around that.

Note: Know your health situation, and prepare to cope with it on your own for some time

Everything is about politics and influence here. Probably everywhere is similar.

The whole COVID thing was used both on a “larger” and “smaller” scale.

On the larger scale or map, a different kind of “help” was coming from the world to this region, because as I mentioned, the medical systems are a bit “trashed” here. That help was used to install some influences here from many sides, so you could see here a plane landing with help from one country, being welcomed from the whole set of local politicians, publicly announced, praised, played on TV, and the same help, or even larger help, from some other country, being ignored. All combinations were in place, because a hard situation or big fear from a possible hard situation is a very good opportunity to influence folks.

The power of the media played really nicely with it.

On local levels it was clear how fear and panic influenced folks on the ground in terms of sociology.

For example there were cases of locking down areas without any real reason, just because of fear, or examples of almost mutinies from some cities (toward central governments) in the name of health.

Luckily the situation here lasted a pretty short time, and it was not nearly bad as expected. If it had lasted longer, then a situation like “everybody for himself” in terms of regions and cities would have happened.

Note: Eventually, it always comes down to your own survival circle, your group, or family

All of the above in this article is written in the past tense. It happened, it ended, but actually, nobody knows what comes next, in terms of a possible second wave. But this is especially true in terms of the horrible economic situation after all of this, which is gonna be much worse than any disease, so no, in truth, it did not actually end yet.