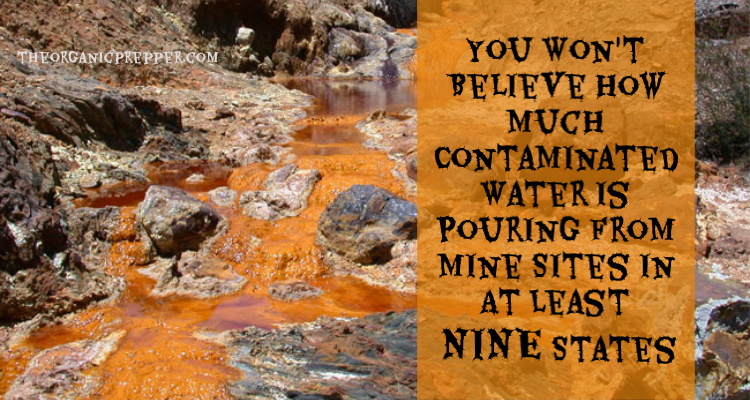 Yesterday, the Associated Press published an exclusive report with an alarming headline:

50m Gallons of Polluted Water Pours Daily From US Mine Sites

According to the report, millions of gallons of contaminated water tainted with arsenic, lead, and other toxic metals flow into streams and ponds in certain regions of the US every day.

Water supplies in Montana, California, Colorado, Oklahoma, and at least five other states including North Carolina, South Carolina, Vermont, Missouri, and Oregon, are being polluted with wastewater streams from contaminated mining sites. Aquatic life is also being poisoned.

Guess who’s paying for the cleanup?

Closed mines are rapidly contaminating our water supply, and we are footing the cleanup bill.

The pollution is a legacy of how the mining industry was allowed to operate in the U.S. for more than a century. Companies that built mines for silver, lead, gold and other “hardrock” minerals could move on once they were no longer profitable, leaving behind tainted water that still leaks out of the mines or is cleaned up at taxpayer expense. (source)

The AP used data gathered from public records requests and independent researchers to compile the report. The investigation examined 43 mining sites under federal oversight, some containing dozens or even hundreds of individual mines.

The records show that at average flows, more than 50 million gallons (189 million liters) of contaminated wastewater streams daily from the sites. In many cases, it runs untreated into nearby groundwater, rivers and ponds — a roughly 20-million-gallon (76-million-liter) daily dose of pollution that could fill more than 2,000 tanker trucks. (source)

This is way bigger than the Gold King Mine spill of 2015.

The volumes greatly exceed the release from the Gold King Mine wastewater spill that occurred in 2015.

You may recall that the Gold King Mine disaster was caused by Environmental Protection Agency personnel and workers for Environmental Restoration LLC, a contractor hired by the EPA to mitigate pollutants from the closed mine.

The EPA-hired contractors accidentally destroyed the plug that was holding water trapped inside the mine, which caused an overflow of the pond. Three million gallons of water filled with toxic heavy metals were spilled into the Animas River watershed. The spill affected waterways of municipalities in the states of Colorado, New Mexico, and Utah, as well as the Navajo Nation.

The EPA did not warn Colorado and New Mexico about the incident until the day after the spill.

Oh, and it was later revealed that the EPA employee in charge of Gold King Mine knew there was potential for a catastrophic “blowout” at the mine that could release “large volumes” of wastewater laced with toxic heavy metals.

In April 2018, the AP reported that mining company Sunnyside Gold Corp. claimed the EPA is making water problems worse by not operating a wastewater treatment plant at full capacity.

Sunnyside said that since October 2015, more than 350 million gallons (1.3 billion liters) – 150 times the volume of the Gold King spill – have flowed around the treatment plant into a tributary of the Animas. (source)

We’re on the verge of at least 6 more massive spills.

Federal officials have expressed concern that at least six of the sites examined by the AP could have blowouts like the one at Gold King.

Some sites feature massive piles or impoundments of mine waste known as tailings. A tailings dam collapse in Brazil last month killed at least 169 people and left 140 missing. A similar 2014 accident in British Columbia swept millions of cubic yards of contaminated mud into a nearby lake, resulting in one of Canada’s worst environmental disasters.

But even short of a calamitous accident, many mines pose the chronic problem of relentless pollution.

The AP estimates that the number of abandoned mine sites ranges from 161,000 in 12 western states to as many as 500,000 nationwide. “At least 33,000 have degraded the environment, according to the Government Accountability Office, and thousands more are discovered every year,” the report states.

Most of the abandoned sites are controlled by the Bureau of Land Management, and officials have yet to complete work – including basic risk analyses – on about 80 percent of them.

Some areas have problems that seem beyond repair.

The AP report describes three of them:

In eastern Oklahoma’s Tar Creek mining district, waterways are devoid of life and elevated lead levels persist in the blood of children despite a two-decade effort to clean up lead and zinc mines. More than $300 million has been committed since 1983, but only a small fraction of the impacted land has been reclaimed and contaminated water continues to flow.

At northern California’s Iron Mountain Mine, cleanup teams battle to contain highly acidic water that percolates through a former copper and zinc mine and drains into a Sacramento River tributary. The mine discharged six tons of toxic sludge daily before an EPA cleanup. Authorities now spend $5 million a year to remove poisonous sludge that had caused massive fish kills, and they expect to keep at it forever.

In Colorado’s San Juan Mountains, site of the Gold King blowout, some 400 abandoned or inactive mine sites contribute an estimated 15 million gallons (57 million liters) of acid mine drainage per day. (source)

Other states have issues, too.

There is much dispute over who should pay for mine cleanups. To date, the EPA has spent an estimated $4 billion (of taxpayer money, of course) on them. The EPA proposed requiring companies that operate mines to post cleanup bonds or offer other financial assurances so taxpayers don’t end up paying the bill.  In December 2017, the Trump administration announced its rejection of a proposal that was presented under former President Barack Obama which would have made mining companies set aside money for future cleanup costs.

“When something gets on a Superfund site, that doesn’t mean it instantly and magically gets cleaned up,” Earthjustice attorney Amanda Goodin told the AP. “Having money immediately available from a responsible party would be a game changer.”

Officials clearly cannot be trusted to share this information with the public.

If it weren’t for the Associated Press pushing for this information, perhaps it never would have reached the public. That is a chilling thought – the “officials” who are supposed to protect the public from toxic drinking water seem to be more interested in hiding it from us.

The days of trusting officials who claim that our water sources are safe are long gone. This new report adds to a growing body of evidence that proves we can no longer expect safety in our drinking water unless we confirm it for ourselves.

The tragic story of the tainted water supply in Flint, Michigan, alone serves as a cautionary tale, as Daisy Luther explained in How to Test Your Drinking Water (And Why You Should Do It):

Every day for more than a year, new horrors were uncovered in relation to the drinking water in Flint, Michigan. Residents of the city had been drinking water that was presumably safe for the past year without knowing that it was actually contaminated with chemical byproducts, E. coli, Legionnaires’ disease, and lead.

It appears that both the EPA and the governor of Michigan knew the water was unsafe for quite some time, but no one said a word to warn the people of Flint. To heap insult onto injury, the water company had the audacity to bill people for the poisoned water and even sent out shut-off notices.

(Learn more about what’s in our water and what to do about it in the book The Prepper’s Water Survival Guide.)

Your very best bet for safe water is water that you filter it yourself using a high-quality device. 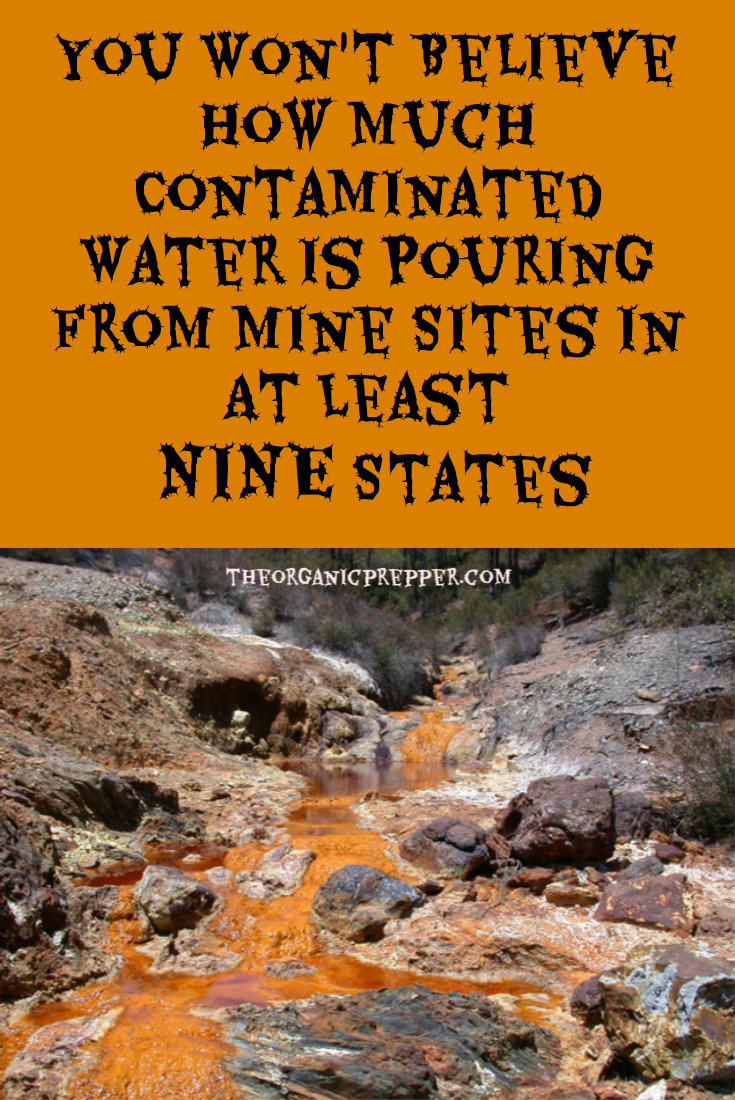