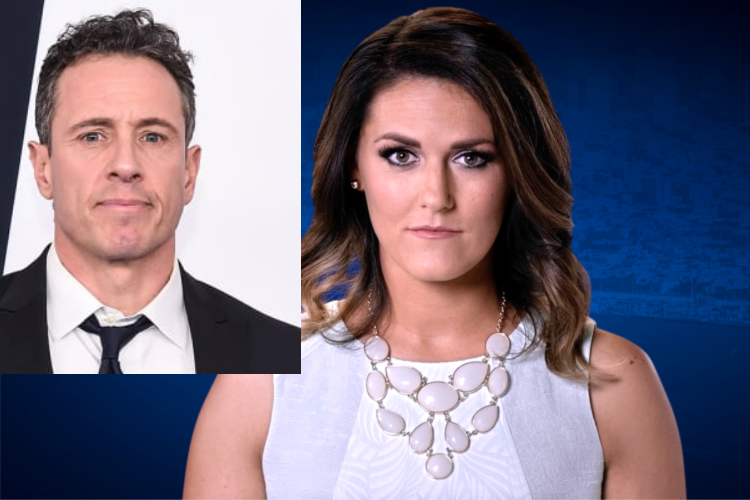 The Twitterverse isn’t letting Chris Cuomo off the hook, despite his frantic backpedaling, after he made an ill-considered comment on a video. What video was it?

Kim Corban spoke about an attack that took place when she was in college and vowed never to be that vulnerable again.

I was a normal 20-year-old college student. When I moved into off-campus housing, they boasted that it was safe. I was the first. I woke up in the middle of the night suffocating.

For the next two hours, I knew I was going to die, and there was nothing I could do. Now I’m a mother of two, and if that predator or anyone else tries to harm me or my family, they have to come through my firearm first. I will never be unarmed or utterly vulnerable ever again.

‘The only reason I can say that is because the NRA fought for my rights before I ever knew that I needed them.

"I'm a mother of two, and if a predator or anyone else tries to harm me or my family, they have to come through my firearm first." —Kim Corban #WednesdayWisdom pic.twitter.com/c2tWBeOi18

Since it’s Twitter, there were a number of moronic comments. But none quite as moronic as the one by Chris Cuomo of CNN.

A lot of people were wildly unimpressed with Cuomo’s apparent attack on a former rape victim, a woman who had opted not to be a victim again and was determined to protect her family.

Liz Cheney, for one, pointed out our Second Amendment right to protect ourselves.

Yes, @ChrisCuomo, in America we believe women should be able to defend themselves. And we know the #SecondAmendment guarantees our right to do so. https://t.co/z2Ut24WONB

Meghan McCain tweeted about how differently the experiences of conservative women are treated in the media.

Kim Corban is a rape survivor who is now choosing to tell her story & arm and protect herself. I think a real question is why so many men in the media always treat conservative women like our values, life experiences and perspective is some kind of joke. Like we are valued less. https://t.co/ky9QImMOeI

Janice Dean, a meteorologist for Fox News, also had a few choice words for Cuomo.

You might want explain this tweet a little better to those of us who’ve actually had to face predators in our own homes and defend ourselves without a big strong man like yourself?

At this point, Cuomo tried frantically to redeem himself after picking on a rape victim.

Read what I tweeted. You have my intentions wrong. A survivor story and the right to bear arms is not where we are stuck…We can’t get past this deadlock on all or none to make reasonable changes to help reduce deadly violence. Happy to talk if you have more questions https://t.co/y0VIsW4VYC

He provided a lengthy, two-part reply to Janice Dean and tried to paint himself as a patriotic gun owner.

1/2 You are right. No offense intended. Too short on twitter. “Only in America” are we still debating the legitimate right to protect oneself like you and many others vs sensible way to keep guns from wrong people. Only here can we not address the issues around school shootings https://t.co/74s8RxcHgo

2/2 in a way that respects the ill and also people who get guns legally (as I did) and use responsibly (as I). We are stuck with good people having to beg to keep a right and not getting done what is right for federal reasonable restrictions and mental health reform https://t.co/74s8RxcHgo

Then he apologized to Dean.

I am sorry for confusion. I take the issue and the stories of violence seriously. Muscles don’t stop bullets, as you know. Again, I have always been clear about the right to own and what needs to be improved. Apologize if you were misled. https://t.co/74s8RxcHgo

Then Dean explained to whom he really owed an apology.

That’s a lot of explaining. Honestly I think you just need to apologize to @Kimberly_Corban. That would be a good start.

Cuomo was over it.

Of course I apologized for this negative attention that was not intended. You asked a question and I answered. That’s what should happen. This place and sadly this issue brings out the worst in too many. No need. Not helpful. https://t.co/4igqSG8dTL

You know I didn’t mean that. I am a gun owner. Thus I see a legit right to bear and that is clear in law. Why pretend I am some heartless hater? I expanded what I said and there is no reason to twist it here. I know that’s what Twitter is but it solves nothing https://t.co/px17cI5Qvr

People like Christopher Cuomo are why we need the 2nd Amendment

Women need guns, and I’ve written about this repeatedly. I’ve shared my own story of defending my child with a gun. They’re an equalizer like no other, and any person who seriously thinks that women should be disarmed must never say they want to see women empowered.

Corban testified against her attacker, sending him to prison. She gave up her anonymity to lobby for the Second Amendment. She even debated President Obama in a Town Hall about gun control.

Kimberly Corban took back her power. She stopped being a victim and turned herself into a survivor? I’ll leave you with Corban’s TED Talk about how her sexual assault was hijacked by both sides of the political spectrum.

Do you think Chris Cuomo’s tweet was out of line? How do you feel about Kimberly Corban’s original tweet?