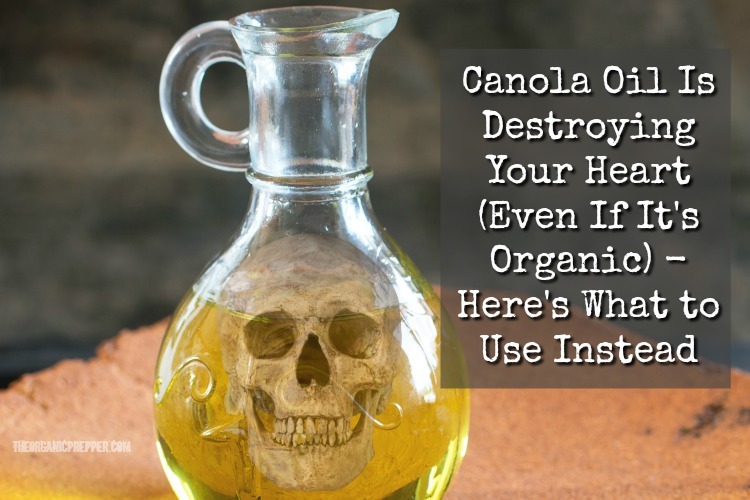 Canola oil is a popular food ingredient used mostly for frying and baking that doesn’t belong on anyone’s plate or in any snack bags. It’s an ingredient not meant for human consumption and shouldn’t be in any preppers’ pantries! Yet, this cooking oil is touted as a healthy alternative to saturated fats. Sadly, most health food stores are soaked in this oil.

Nope, it’s not the new enemy of mainstream, coconut oil!

Canola oil is the darling of the medical community, fast food industry, Big Food and sadly, even health advocates.

Not only is Canola a genetically engineered crop, but it is known to be sprayed with glyphosate – the active ingredient in Monsanto’s toxic weedkiller – as a pre-harvest desiccant. That is, a glyphosate formula to dry crops faster for harvest.

But even if the Canola crops weren’t sprayed with glyphosate, it would still be far too toxic to eat. Even if it weren’t a GE food, you’d want it banished from your diet forever. (By the way, most Canola is genetically engineered.)

Here’s why you should banish canola oil forever…

Canola oil is like battery acid to your heart.

There is no such thing as a “Canola” plant or seed, per se. It’s actually a variety of rapeseed that was manmade. The name is actually this acronym: Can-O-LA.

It stands for Canada Oil Low (erucic) Acid. Another source says the “ola” part of the name was based on similar oils like Mazola brand (“maize oil”).

Chances are, people are more likely to trust something called Canola versus its actual name – rapeseed. Like other “vegetable oils,” it’s not really based from a vegetable because it comes from a plant seed.

According to the Canola Council, “Canola is the world’s only ‘Made in Canada’ crop. It was developed by researchers from Agriculture and Agri-Food Canada and the University of Manitoba in the 1970s, using traditional plant breeding techniques.” In the mid-1990s the plant was genetically engineered to withstand glyphosate herbicide.

When you look on an ingredient list and see “organic Canola oil” that means the oil was derived from the specially bred rapeseed but not the newer, GMO variety.

Although modern rapeseed (the Canola breed) was specifically bred to be lower in erucic acid (2%), you should know that erucic oil was found to create heart lesions in animal studies. Yet, this oil is constantly touted as “heart healthy.” The industry says that this lower erucic acid profile is safe, but do you believe them? Consider this: now that the oil is one of the most popular oils to use in most packaged goods, fast food and restaurants – people are now subject to more erucic acid than ever due to cumulative food choices.

The oil is promoted as a healthy alternative to other oils and animal fats because it has omega-3 fatty acids and a small study claimed that it lowered LDL, the “bad” kind of cholesterol. But this doesn’t mean it is a healthy product. Another health claim is that it is not a hydrogenated oil. But as you will see, the oil is subjected to lots of processing and multiple chemical baths, and the oil itself is considered a dietary driver of inflammation.

A Harvard expert who believes Canola oil is safe notes that the benefits of the oil are gone during the heat processing and constant frying. The trans fat content is increased through frying.

Heart disease remains the #1 killer in the world.

Not just in the world, but in the developed world, and in the United States, too. The number one premature cause of death.

I’m not going to say that vegetable oils correlate with more heart disease. But it is safe to say that government health campaigns that pushed vegetable oils over animal fats, palm oil, and coconut oil did not drastically cut cardiovascular death numbers.

So we should pay attention to research that says this ingredient makes cardiovascular problems worse.

Consider this study mentioned above:

Let’s Put This in Perspective

Is that supposed to be reassuring?? It only took a few months for them to develop heart lesions on the same amount of erucic acid that is in the oil most Americans are consuming now. And this oil is now in most food products.

That means if I eat the bevy of foods containing modern Canola oil over a lifetime, why wouldn’t Iat least develop “very slight” heart abnormalities? See how the media presentation is manipulated? They take the above information to mean SAFE. But rational people can clearly see that the study has proved a danger. See how Snopes can get away with saying Canola isn’t harmful if consumed the regular way.

Repeat after me: Their idea of safe is FALSE.  Shame on the American Heart Association and Mayo Clinic for their endorsement of Canola!

According to Natasha Longo “…On withdrawing the canola oil from their diets, the deposits dissolved but scar tissue remained on all vital organs.”

To get an idea of other ways in which Canola is inflammatory, it’s best to go to the source of how it is processed by watching the show How It’s Made.

In this segment on YouTube you can see that Canola oil is wrought through the following steps:

Read the lengthy version of this thorough processing here.

That is quite a process and obviously not something that would happen naturally or with an ancient oil press. (I’m guessing the wax sludge is also bleached since it looks like it came from a trench if you get my drift.)

Unfortunately, a lot of our olive oil is fake because it may be cut with Canola oil. That means the extra-virgin olive oil that you think is heart-healthy may actually be a rancid, cardiovascular nightmare.

Canola oil has a shelf-life of one year. Have you ever smelled olive oil after it’s been in the shelf for awhile and got kicked in the face with something that smelled like wood varnish? I suspect that odor could be rancid Canola oil hiding in olive oil.

What Oils Should We Use Instead?

It depends for what purpose you’re using it.

For salads, dressings, and marinades:

You might also consider air-frying, broth-sauteing, and using avocado smash or nut butters instead of commercial oils. Since most oils are processed and refined, we can’t always be sure of what we are getting. A perfect example is how most olive oil is fake!

If you are eating a baked or fried snack, try to get ones that use coconut oil, avocado oil or lard. Sunflower oil is not a good oil for snack foods since high heat is used.

I cannot stress this enough. The independent research is catching up on the detrimental health effects of so-called “vegetable” oils, but chances are, your doctor hasn’t. It takes a long time for this information to reach critical mass.

Every time you say NO to a french fry you are saying yes to something good in your life that you care about and want to be around long enough to enjoy. I’m giving the finger to establishment food, how about you?

Please take a second to inform a friend by sharing this article! 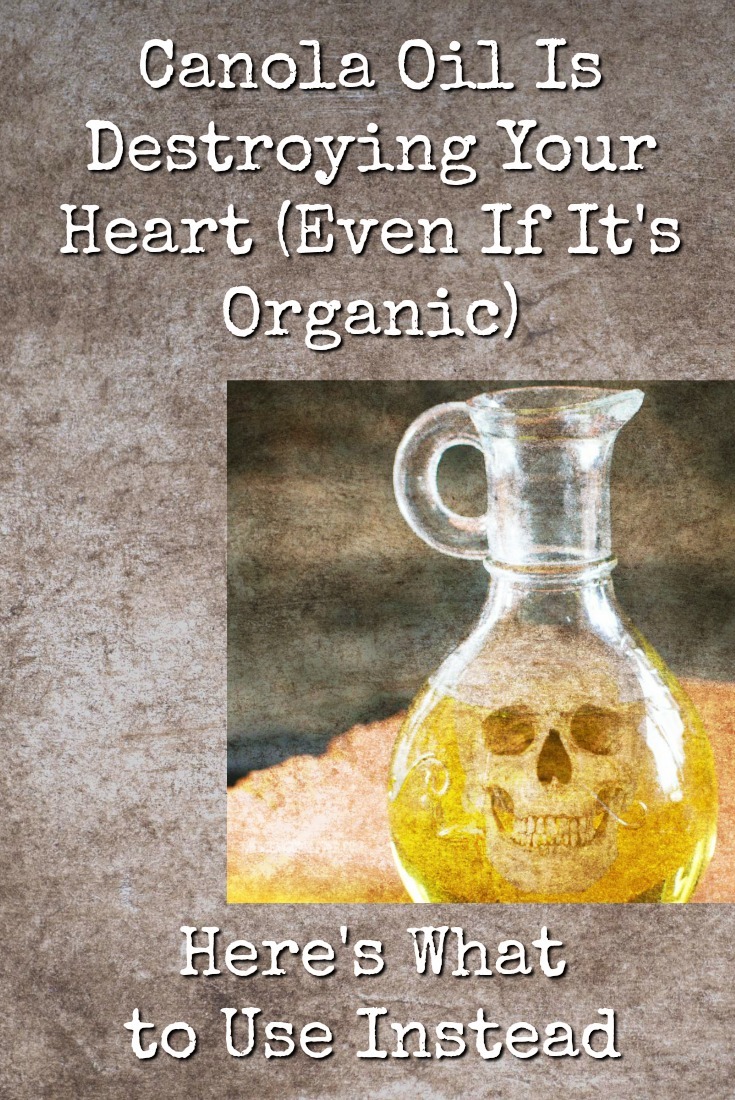