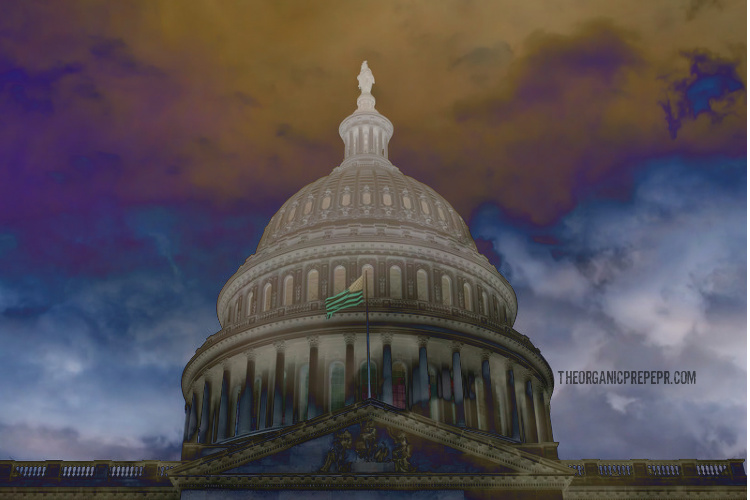 For the second day in a row, gun-grabbers in the US House of Representatives have passed an extreme gun control bill.

Yesterday we reported that the House of Representatives voted to pass H.R. 8, the Bipartisan Background Checks Act of 2019, which would require background checks for all firearm sales, including private transactions and purchases made online and at gun shows. Currently, only federally licensed firearms dealers, importers, and manufacturers are required to conduct background checks on customers under federal law.

We also reported that the House would be voting on another gun control bill this week – H.R. 1112, the Enhanced Background Checks Act of 2019, which has been nicknamed the “Charleston Loophole” bill:

That bill would extend the amount of time firearms dealers must wait for a response from the background check system before the sale can proceed to 20 days. Currently, they can make the sale if they haven’t received a response in three days. (source)

Under that bill, gun sales from licensed dealers would be subject to the discretion of federal officials. Through either malice or incompetence, the legislation creates an unworkable system where gun buyers could be placed in an endless loop of background checks and would never actually receive the firearms they wish to purchase. (source)

“Do we really want to tell victims of domestic violence they have to wait up to 20 business days,” the Arizona Republican asked, “before they are allowed to adequately defend themselves?” (source)

The NRA published a statement in response to the vote, which reads:

“The anti-gun politicians in the House of Representatives continue to employ the shameful tactic of exploiting tragedies to market gun control that won’t prevent criminals from committing murder.  It’s a sham and the Charleston Loophole bill is the perfect example of their dishonesty. The assertion that a supposed 10-day delay would have prevented a crime that took place over 60 days after the initial delay is ridiculous.  This legislation would not have prevented the Charleston murders, and even worse, the legislation is so poorly drafted it would put law-abiding citizens who need a firearm for self-defense at risk by trapping them in an endless loop of delays. The NRA will continue to fight for the constitutional right of law-abiding Americans to defend themselves and their families without apology.” (source)

The Republican-controlled Senate is very unlikely to pass the bill, and as we reported yesterday, President Trump would likely veto it anyway:

In a statement, the White House announced it opposed the bills for violating Second Amendment rights.

“The extensive regulation required by H.R. 8 is incompatible with the Second Amendment’s guarantee of an individual right to keep arms,” the statement reads. “By overly extending the minimum time that a licensed entity is required to wait for background check results, H.R. 1112 would unduly impose burdensome delays on individuals seeking to purchase a firearm.”

The two bills are expected to pass in the House, but would then need to be approved in the Senate, where Republicans hold a majority. In its statement, the White House suggested President Trump would veto both pieces of legislation if they pass the House and Senate.

The gun grabbers are NOT going to stop.

The gun grabbers in Congress are not going to stop trying to take away our rights. They will continue to chip away with insidious measures. We will see continued efforts to diminish our rights.

And the worst thing is, they’ll call it “common sense” measures. Terminology like that sets it up so that anyone who objects is a nutcase. It makes it seem as though those of us who demand our rights be unfettered are fringe lunatics instead of self-reliant, law-abiding citizens.

This bill may not pass this Senate. If they pass it, President Trump will most likely veto it.

But this is a sign of things to come. They’re not going to stop and imagine if we have a gun grabber in the White House.

They ARE coming for our guns. Don’t let anyone fool you.