The House Just PASSED a “Sweeping” Gun Control Bill. Tomorrow They Vote On Another. 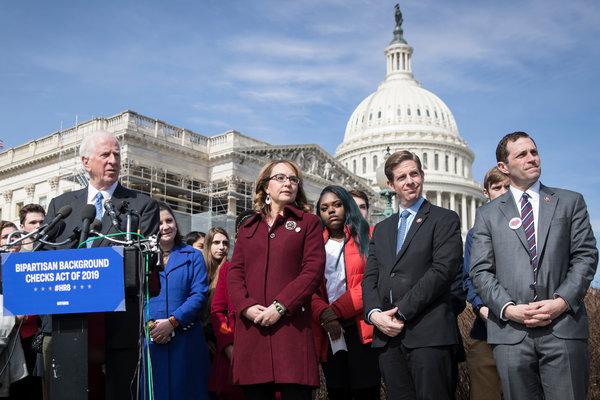 Today, gun-grabbers in the House of Representatives held their first major vote on gun control legislation in years.

They voted to pass H.R. 8, the Bipartisan Background Checks Act of 2019, which would require background checks for all firearm sales, including private transactions and purchases made online and at gun shows. Currently, only federally licensed firearms dealers, importers, and manufacturers are required to conduct background checks on customers under federal law. Twenty states and D.C. have already expanded background checks to include at least some private sales. The bill was described by NPR as “sweeping.”

H.R. 8 also prohibits firearms transfers by a person who is not a licensed dealer. However, it does exclude gifts to family members and transfers for hunting, target shooting, and self-defense. A temporary transfer of a gun can also take place in situations where it’s “necessary to prevent imminent death or great bodily harm.”

This is just another proposed gun control measure that won’t do anything to stop crime.

The National Rifle Association (NRA) wrote that H.R. 8 would impose so-called “universal” background checks, but the legislation “doesn’t address how criminals actually acquire their firearms”. In addition, it “creates traps for law-abiding gun owners, and it’s been proven not to work,” the gun rights organization explains.

Some Republicans, including Rep. Greg Steube, R-Fla., argue that the universal background check bill wouldn’t have prevented the school shooting in Parkland, Florida last year, noting that the shooter passed a background check. It also wouldn’t have stopped the Texas church shooting because the military didn’t report the shooter when they should have.

The bill passed largely along party lines (240 to 190). Eight votes in favor came from Republicans.

Tomorrow, the House will vote on another gun control bill.

H.R. 1112, the Enhanced Background Checks Act of 2019, will be voted on by the House tomorrow – the 25th anniversary of the day the Brady Act, which mandated federal background checks, went into effect.

That bill would extend the amount of time firearms dealers must wait for a response from the background check system before the sale can proceed to 20 days. Currently, they can make the sale if they haven’t received a response in three days.

Under that bill, gun sales from licensed dealers would be subject to the discretion of federal officials. Through either malice or incompetence, the legislation creates an unworkable system where gun buyers could be placed in an endless loop of background checks and would never actually receive the firearms they wish to purchase. (source)

Proponents say the bills would close loopholes in the background check system. “For example, the gunman who killed nine people at the Emanuel African Methodist Episcopal Church in Charleston, S.C., in 2015, had drug charges that should have prevented him from buying his gun. But the dealer was able to proceed with the sale because the background check system had not sent a response within three days,” reports USA Today.

The White House will likely veto both bills if they make it through the Senate.

In a statement, the White House announced it opposed the bills for violating Second Amendment rights.

“The extensive regulation required by H.R. 8 is incompatible with the Second Amendment’s guarantee of an individual right to keep arms,” the statement reads. “By overly extending the minimum time that a licensed entity is required to wait for background check results, H.R. 1112 would unduly impose burdensome delays on individuals seeking to purchase a firearm.”

The two bills are expected to pass in the House, but would then need to be approved in the Senate, where Republicans hold a majority. In its statement, the White House suggested President Trump would veto both pieces of legislation if they pass the House and Senate.