Biotech’s Next Line of Defense: Cartoons Are Used to Program Kids to Accept GMOs 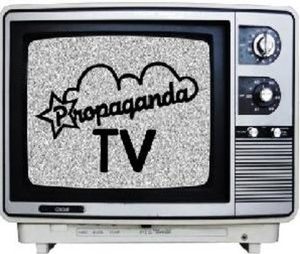 What is the best way to change public perceptions on any topic?

The battle to control us through changing (or creating) our opinions is as old as history. Carefully disseminated disinformation was first documented in ancient Greece, when playwrights and poets created dramas for the sole purpose of indoctrinating their audience to a certain set of morals, standards, and beliefs.  When creating his empire, Macedonian king Alexander the Great inundated the places he conquered with his image, on the coins, adorning building, and in the form of statues.  Grand stories were written and shared about his generosity and the legends that were created on his behalf to this day make him larger than life.

In 324 B.C.E., Alexander requested that he be deified so that he could carryout a scheme of repatriating 20,000 Greek exiles, which was contrary to the established laws of the League of Corinth. He became the son of Zeus, and his face soon appeared on coins, replacing that of Heracles, the real mythological son of Zeus. He commissioned, or allowed to be built, many statues and monuments in his honor, and representations of his portrait were to be found everywhere in his empire, adorning pottery, coins, buildings, and formal art (P. M. Taylor, 1990, p. 31). Alexander was the first to recognize that to maintain cohesion and control over his vast empire, such propaganda symbols could serve as a constant reminder of the various subjugated populations just where the center of power resided. (source)

So through works of fiction, the unacceptable became acceptable, the alien became familiar, and the minds of the masses were changed and manipulated.

One of the biggest fights on the planet right now is the fight for safe food and non-toxic farming practices. The biggest enemy to those of us who battle for natural, healthy food is the biotech industry, particularly companies like Monsanto and Dow.

Up until recently biotech was winning the fight simply because they pretty much own the government policy makers and agencies. Monsanto has served as a “human resources bank” for the federal government, with direct ties to Supreme Court justices, the Food and Drug Administration, and presidential cabinets. They have donated mountains of money to politicians and have sneakily managed to write their own laws using those bought-and-paid for members of Congress.

But now with the success of the recent global March Against Monsanto and grass roots activism that is spreading like wildfire, they have had to step up their game.

First, they created a disinformation website called “GMO Answers” in which they provide “answers” for anyone who is curious about genetically modified foods. On this website they support all of the GMO myths that they are trying to perpetuate and make acceptable. They are also infiltrating popular culture and are particularly targeting the minds of our children.

Most people don’t want to believe it

They say, “Oh, it’s just a cartoon.” They tell us to take off the tinfoil hats. They scoff at our paranoia. 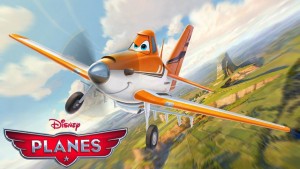 One of the administrators on the March Against Monsanto page on Facebook posted the following picture to the right and commented:

It is sickening how our youth are being indoctrinated to think pesticides are great. Are you aware the newest Pixar movie, Planes, main character is a crop duster? Why?? Another children’s movie, Cloudy With A Chance Of Meatballs 2, has a synopsis that is about cross-breeding animals with food. This is unacceptable.

I recently wrote about something similar, when I discussed the product placement and the “GMOs are good” propaganda in Futurama.

The admin from MAM ran into the same problem that I did: people scoffed.

“There are legitimate problems out there. This is the complaint of some far reaching parent who sues the school when their kid get a scraped knee.”

” I think you are reaching on this one…”

” I’m really getting annoyed by March Against Monsantos hysterical propaganda. I’m against GMO and support the cause, but seriously stop filling the site with this bullshit. It’s enough with the terrifying truth no need to oversell the legitimacy of this cause.”

Right now, our kids are under a mental attack. They are learning that this is just how farming is, and that GMOs are nothing but beneficial-GMOs are heroic even. By subtly placing mentions of genetic modification and toxic farming methods with positive connotations, this suddenly becomes a societal norm.

By making it seem normal and innocuous, our arguments against GMO and toxic farming make us sound like a bunch of flat-earth believing fruit cakes. And this is exactly what the plan is – to marginalize the debate and to make nay-sayers seem ignorant and ill-informed about the “benefits.” They are trying to create a  platform of “common knowledge” by making it appear that this is the accepted reality.

By presenting this perceived reality to children, they are attempting to make it actual reality, and by the time these children reach adulthood, it will be all that they have ever been exposed to – a toxic world full of toxic manipulated food.

Even more harmful is the trancelike state that most people go into when watching television and movies. People drift into a level of consciousness during which they are very susceptible to suggestions.

Type ‘television’ and ‘low vibrational energy’ into a search engine, and it’ll quickly return the fact that watching a lot of TV is like undressing your mind and submerging it into a bath of negative energy. TV effectively numbs the left side of your brain and renders you helpless to your right brain which is incapable of decoding and critically analyzing the information being presented to you. Essentially, you go on ‘auto-pilot’.

Thus, everyone is put into a hypnotic state that author Wes Moore says, “produces highly functional, mobile ‘bio-survival robots.’” There’s a reason he dubbed television an “opiate of the masses“.

TV programs us. We tune in, drop out and stop asking questions.

Some of Krugman’s more interesting conclusions from his 1969 TV brainwave research include:

Your brain on TV, ladies and gentlemen. It’s a basic form of mind control. (Check out this MUST READ article, HERE!)

The biotech industry rakes in billions of dollars every year for poisoning our food, our groundwater, and our air. It isn’t unrealistic to believe that some of their budget would be turned towards fighting the growing awareness of their deadly impact on the world.  Through insinuating a set of beliefs into the next generation, they are paving the way for even further domination of farming.

Each of us, as parents, can have more influence than the media, but we must exercise that influence through our lifestyles. We must be alert to the paid propaganda that constantly inundates our kids and inform them that it’s happening. It’s virtually impossible to keep them in a bubble, insulated from propaganda but we can fight back with information and truth.