Be the Hero, Not the Victim 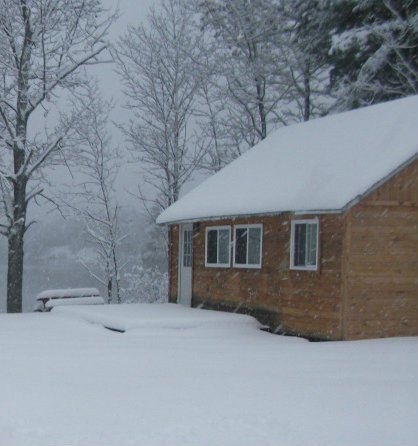 Preparedness.  It’s a state of mind.

When you are a prepper, you begin to think differently than the other folks on the block.  Not only do you take steps to become physically prepared, with food, medical supplies and tools – but you are mentally prepared.  You develop a problem-solving mindset.

Part of the reason for that is that preparedness is predicting problems before they occur.  Let’s take a snowstorm for example, because where I live, this is a very common occurrence.  We’re used to it, nobody panics about it and we have come to expect it.

We know that if there is heavy ice and snow accompanied by high winds the following events are likely to occur.

Next, we take each of these issues and break them down to their components.  We play through the possibilities in our minds.

Finally, we plan ahead to resolve these issues, and in doing such, they are no longer issues, just occurrences.

Now, many people write this type of preparedness off to “gloom and doom.”  But here’s your alternative.

For a week before Superstorm Sandy hit the East Coast, residents were warned of the impending disaster.  Many areas were told to evacuate.  Others were told to stock up for several days without power, food and water. I’m sure that many residents weathered the storm and it’s aftermath with dignity, taking their families’ survival into their own hands, heeding the warnings and preparing themselves. They are the unsung heroes in the story – how many reports did we see on the news of the people who did NOT have to stand in line for an MRE and a bottle of water?  How many reports did we see of people who quietly used alternative heat and remained safely in their homes?

Few if any – and why?  Because the government and the “powers that be” want the people to feel like victims.  They need to be needed because if they are not needed, then they are obsolete.  It’s all part of the grand social brainwashing that is meant to foster an attitude of dependence on the “state” instead of one of self-reliance and fortitude.  Dependence on a person or entity for your survival means that you OWE that person or entity your allegiance. It means that in order for you to survive, you may also have to comply – and that the terms of that compliance are entirely up to those upon whom your survival relies.

The press played up the victims of the storm – the media encouraged victimhood instead of personal empowerment by these displays of people begging for the government to save them.  Weakness was promoted, instead of strength.

“When is the government coming?  We’re gonna DIE.”

I feel incredible sympathy for the people who lost everything in that disaster.  I can only imagine the mental anguish of living through such an event.  It’s one thing to require assistance if your home and everything in it was destroyed by severe weather.  But if a person is stranded in his home for a week or two without power, that is eminently survivable, even in the middle of winter.  It might not be pleasant, but it would not require government intervention for anyone who has planned ahead – or for anyone who has a survivor’s mentality.

A survivor’s mentality means that you are the hero of the story.  You are not the princess, waiting for a dashing prince to ride in on a white stallion and save you.  This means that instead of looking for Prince Charming coming down the road in a FEMA truck, you’ll be…THINKING.  That, right there is the real difference.  Hero’s think, victims wait.

What is a hero thinking about?

Each of the concerns above that a survivor has already prepared for allows his or her energy to be focused on the other needs that must be met.  A prepper’s practice of thinking about the things that might possibly go wrong is basic training for survival – we are accustomed to thinking in a way that others are not.  We don’t just think about meeting our current need for a drink of water; we think about meeting our future need for a supply of water and 3 different ways to filter it.  Then we think about anything that could get in the way of our plans and come up with solutions for those issues as well.  We don’t just rely on plan A – we have B. C, and D, at the very least because this is the way that our minds work.  This is what sets us apart from the people waiting for hours in the FEMA lines.

What about you – are you the hero of your story or the victim in need of rescue?