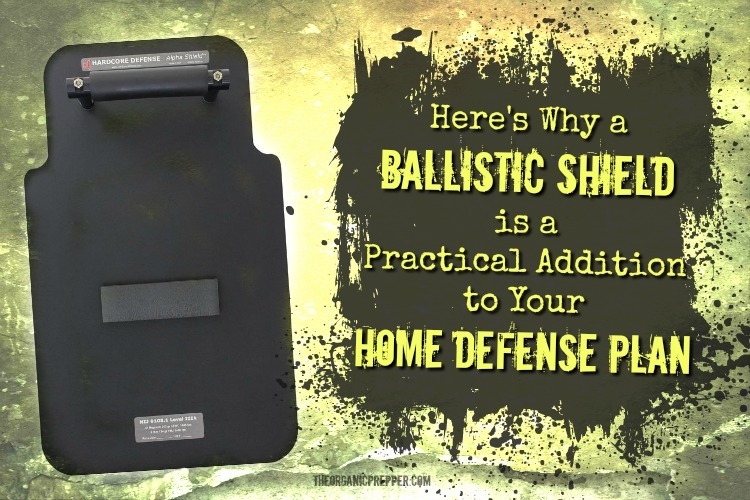 I don’t tend to write a whole lot about things like body armor and the like. Partly because – and I’m sorry to generalize – that tends to be more of a guy thing and I just never had that much interest in it. But when Hardcore Defense offered to send me a ballistic shield, I was definitely intrigued because a shield is useful in all sorts of ways that body armor is not.

Note: I was sent the product at no charge for review purposes. However, the review is honest and without bias.

So…ballistic shields. That’s something I’d never considered adding to my preps before I was contacted for this review. But, once I had my hands on it, I realized that this was the thing that was missing from my safe room article. A lot of us live in homes that don’t have a good place for a safe room. Newer homes have thin walls that could easily be pierced by something as common as a 9 mm. If you sent your children or vulnerable family members to hide in a safe room, this would add one more layer or protection.

As well, if you’re in tornado country and your place to shelter is the bathtub, you could put this across the part where your heads are for an added layer of protection. This isn’t what the company recommends – it’s just something that occurred to me as an additional use.

The item I got is the Alpha Shield by Hardcore Defense. The first thing I thought when I got the box was, “Dang, this sucker is heavy! It actually isn’t overwhelmingly heavy at 14 pounds, but if you aren’t fit, holding up 14 pounds would wear on you pretty quickly. The handle and elbow cushion are both helpful.

For an older person or a child, I’d recommend crouching behind it and letting the floor take some of the weight. After all, they won’t be hiding behind it for just a couple of seconds. The plan would be for them to retreat into the room, bar the door, and get into the safest place in the room behind the shield.

It’s pretty compact and I’ll be storing mine under my bed with the handle to the outside.

Then, in the event of someone coming into my home, I can grab that, grab the Glock on my nightstand, and defend my home a little more safely.

Now, I’m not the best at shooting one-handed, however, the cutout would work to help support my shooting hand. I’m planning to take my shield to the range and practice with it. The last thing you want to do is try and figure out a new skill when you are quite literally under fire.  If you intend to use it in a high-pressure situation, this item should feel as familiar and comfortable to you as your gun. If not, it’s a handicap instead of a help. And this goes for you guys too. If you are adding this into your home defense plan, you need to practice with it.

Since our family is small, two shields will be enough to protect both of us.

The facts on the Alpha ballistic shield

The shield is 15″x25″ so it’s a good size to hide a big chunk of your body if you were advancing toward a shooter. When I hold it up, it covers from my head down to my hips. It has a convenient handle up at the top that makes it easy to hold. Here’s a photo of the backside. 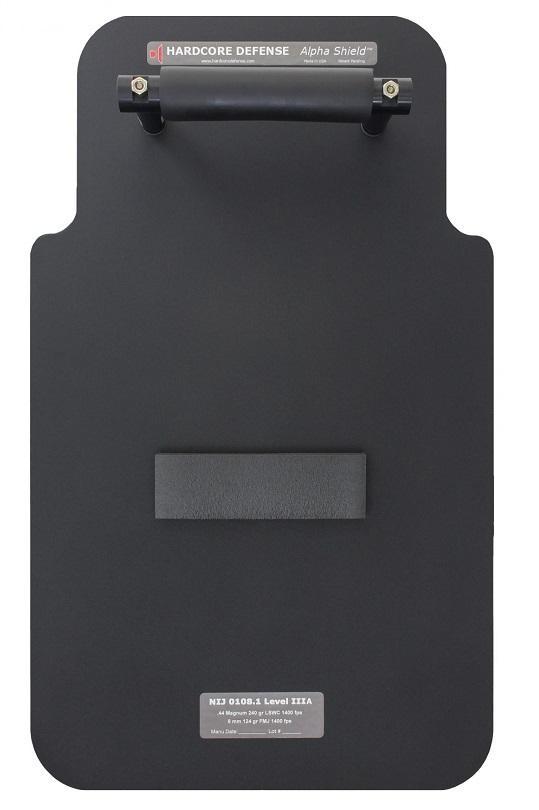 The shield is made of military grade ballistic shield instead of Kevlar, and this is important. Kevlar, the stuff in bulletproof vests and body armor, breaks down over time. If you have some, you’ll note that there is an expiration date on it. These items are only rated for about 5 years. After that, they’ll still protect you, but not as reliably.

Back in 2005, it came out that the officers of the NYPD were walking around the city in expired bulletproof vests. This was brought to light when a bullet killed a Brooklyn detective wearing the requisite gear when a bullet when through the front and back of the vest. But in 2015, officers were still wearing the vests purchased after that incident – five years past the expiration date, making them obsolete.

The vests’ manufacturer acknowledges that its protective gear becomes less safe over time, as heat and moisture break down the synthetic fiber.

“They start to stop working — the fiber degrades,’’ said an employee with vest maker Second Chance.

The company says the vests should be replaced when their five-year warranty expires. (source)

The metal in the Alpha shield does not degrade and break down like Kevlar, so it is a good, long-term investment.

What will a ballistic shield stop?

The Alpha shield is certified NIJ Level IIIA. It will stop.44 Magnum, 9 mm high velocity, and lesser threat rounds including .357 Magnum, .40 S&W, and .45 ACP.  Not certified to stop rifle fire other than .22 Long Rifle and .22 Magnum rimfire.

But that’s just the certification.

I found this video on YouTube where the guy shot it with a 45-70, which is used to hunt elephants. AND. IT. STOPPED. THE. ROUND.

Until he went up to a 45-70 loaded with Government +P extreme penetrator rounds made of brass, the shield stopped everything he shot at it. Amazing.

And really, how likely is it that someone is going to break into your house with an elephant gun loaded with extreme penetrator rounds?

According to a DOJ report, it’s pretty unlikely. More than 70% of firearms used in homicides were handguns, and the most popular calibers were .38 and .357, followed by 9mm and .45.  So, if those stats hold true, your Alpha ballistic shield would stop these rounds.

Where can you get an Alpha ballistic shield?

A ballistic shield is a surprisingly useful part of a home defense plan.

You can go here to grab your Alpha shield.

Do you have any kind of body armor or ballistic shields? Tell me what you think of the gear in the comments below. 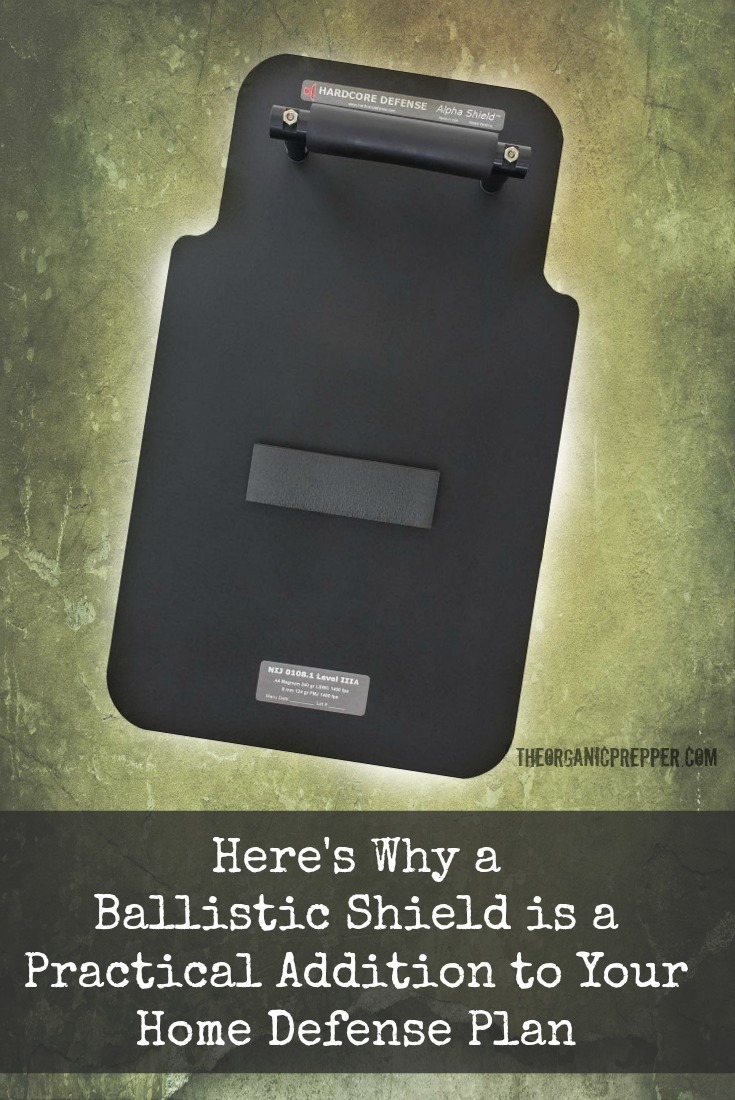