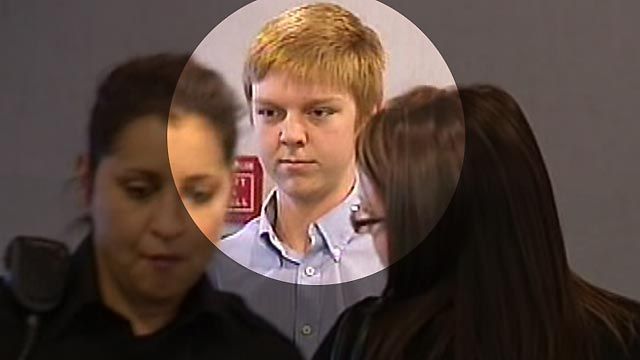 Maybe money can’t buy happiness, but it can sure buy a person a get-out-of-jail-free card.

You may recall the outrage back in December when the term “affluenza” was used by the defense during the case of a Texas teenager who, according to the courts, couldn’t be held accountable for his deadly actions because he was just too darned rich. Then 16 year-old, Ethan Couch, from a wealthy Texas family, was driving drunk when he crashed into four people standing at the side of the road with a disabled vehicle. Four of his own passengers were thrown from the vehicle, one of whom suffered a brain injury and can no longer move or speak.

Three hours after the accident, the boy’s blood alcohol level was .24 – more than triple the legal limit – and there were traces of Valium in his system. In other words, he was so drunk and high, it was a wonder he could even stand up.

Despite the fact that Couch pleaded guilty to drunk driving and manslaughter, he received no jail time. Instead, the boy was sent to a posh rehab center to ride horses, lift weights, and swim while he was being “rehabilitated” under the terms of a 10 year probationary period.

The families of the victims were justifiably irate.

This week, sentencing (if you want to call it that) occurred for the additional charges filed against Couch. Prosecutors asked for a 20 year sentence for the two intoxication assault charges for Sergio Molina and Solaiman Mohman, the boys who were riding in the truck bed at the time of the crash. Molina was so severely injured that he can only communicate by blinking and smiling, and Mohman suffered broken bones and internal injuries.

The families were left angry and disappointed again when State District Judge Jean Boyd made a mockery of the term “justice” yet again, after being sure to clear the court of media.

Before the hearing, Boyd ordered everyone except the immediate families of Couch and his victims to leave the courtroom. Attorneys representing the Star-Telegram and five other media outlets had asked her to let them make a case to stay in the courtroom before closing proceedings regarding Couch. On Tuesday, Boyd denied that request without explanation.

She ordered Couch, 16, to enter a “lock down” addiction treatment facility and to not drive or use alcohol or drugs for 10 years, according to a news release from the Tarrant County district attorney’s office. She ordered his parents to pay for his treatment.

When Couch completes treatment, which will be determined by the court and the professional staff at the facility, he will be released under the other terms of his probation. (source)

Here’s a photo of the very disappointing Judge Boyd. 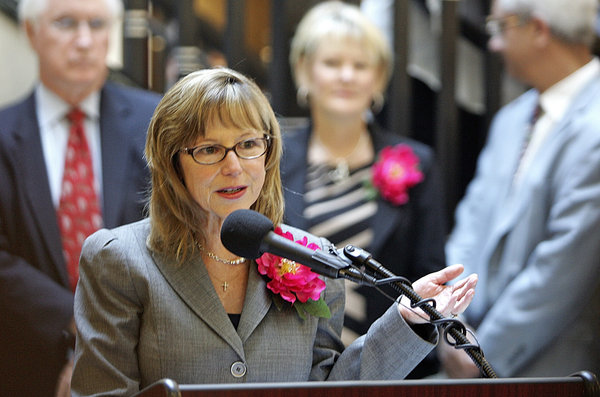 Prosecutors for the case were stunned and disappointed at this second travesty of justice. Prosecutor Richard Alpert said:

“This has been a very frustrating experience for me. I’m used to a system where the victims have a voice and their needs are strongly considered. The way the system down here is currently handled, the way the law is, almost all the focus is on the offender.” (source)

Just a quick reminder, lest it sound as though Couch will be locked up in this rehab facility for an extended period of time, it’s important to note that the “judge” did not set a minimum amount of time he must be there. As soon as the experts at the facility say he’s rehabilitated, he’s good to go. Then under the terms of his probation, he is not allowed to consume alcohol or drive a vehicle for the next 10 years.

Asking Boyd to give Couch jail time for intoxication assault was a last-ditch effort by prosecutors, who have said they have almost no way to appeal the judge’s sentence in the case.

Alpert said he hoped the Couch case would lead the Texas Legislature to allow juries to sentence some juvenile defendants. The case has already spurred calls for potential changes. Texas Lt. Gov. David Dewhurst, who serves as president of the Senate, has asked for a study of sentencing guidelines in intoxication manslaughter cases. (source)

The only hope for any type of justice whatsoever now rests in the hands of civil courts, which we must hope are less swayed by the “poor little rich boy” defense than Judge Jean Boyd.

Six civil lawsuits that have been filed against Couch, his parents, Fred and Tonya Couch, and the family’s company, Cleburne Metal Works, have been consolidated and transferred into 96th state District Court, presided over by Judge R. H. Wallace. (source)

Hopefully, the lawsuits will be decided in such a manner that the Couch family never ever has to worry about being considered “too rich” again. Perhaps true justice would not be incarceration, but impoverishment.

This article was originally published at The Daily Sheeple.