Is It Legit or Is It a Rumor? A County Clerk Answers All Our Questions About the Election Process 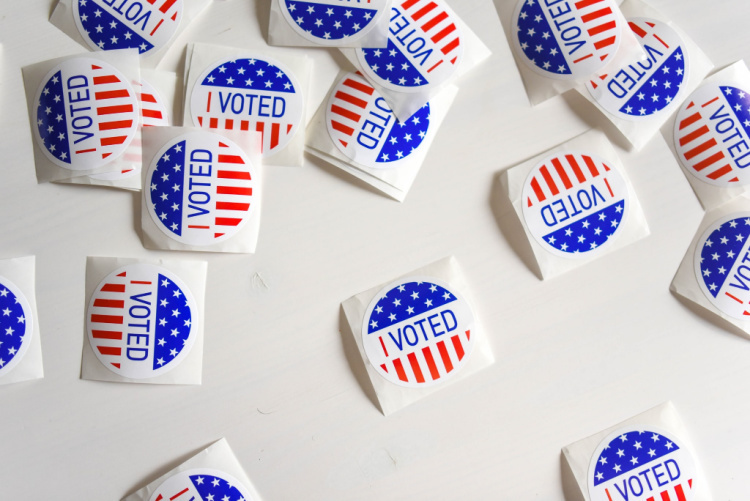 Do you have questions about all the rumors regarding the election? A county clerk was kind enough to answer these questions anonymously for this informative post. This isn’t a random person I don’t know who is sending in disinformation. It’s a person who I know is a county clerk that took the time to help us out with first-hand information instead of “my brother’s wife’s uncle’s ex-mother-in-law’s friend” who makes all sorts of wild claims.

How can there be more votes than registered voters?

Obviously, there can’t. However, the numbers can be misleading because some states allow voters to register on Election Day. So, while a state might start the day with X number of registered voters, that number will increase by the end of the day in those states. On top of that, there’s been at least one case of someone reporting the wrong number of registered voters at the get go, information that, of course, spread like wildfire before it could be corrected.

How many ballots are allowed for each municipality?

Simply put, as many as they request from the election commission. In some states, voters are allowed up to three ATTEMPTS to vote. Meaning, if they make a mistake on the first ballot, that one is voided and they are given a second one. If they screw that one up, it is voided and they’re given one more. If that one gets messed up, well, three strikes and you’re out. In addition, in states that allow for registration on Election Day, the municipality needs to have ballots on hand for them as well.

What about this whole Sharpie-gate thing?

Yeah, that’s a bunch of malarky. Many districts have been using Sharpies for years without issue. When you run your ballot through the machine, it IMMEDIATELY registers whether the ballot is okay or not. If there are any issues, such as the machine can’t read the ink you’ve used, there will be an error and the ballot will be kicked back.

Here’s what happens. If you voted in person, you should have signed a log when you were given your ballot. All mailed ballots are also recorded in this log. This log is called the Poll Book. When the election is over, the Pool Book is submitted to the state’s election commission, typically electronically. The clerk’s office goes through it, line by line and voter by voter, and verifies a signature is present (or in the case of a mailed ballot, that there is a record of the ballot having been mailed out and received). This information entered into the state’s database. As you can imagine, this takes a while as it is a tedious and laborious process. In most districts, it takes more than a day or two. So, in the meantime, voters might not see their information updated online.

Why is the counting taking so long?

I know, we Americans are used to instant results with most things and having to wait, especially for something this important, drives us nuts. Here’s how this works. Voters have basically three options for how to cast their votes, depending on their state:

1) Vote in person on Election Day.

2) Vote early in person. In some states, you can go to the clerk’s office the week or so before Election Day and cast your vote. This ballot is sealed and kept in a secure location until Election Day.

3) Mailed ballot requested in advance. The time frames may vary from state to state, but you can request a ballot be sent to your home. You fill it out at your leisure, in the presence of a witness. You sign it, your witness signs it, and you can either mail it back or drop it off in person. The sealed ballots are kept in a secure location until Election Day.

With me so far?

Now, all day long on Election Day, the polls are busy with people voting in person. From open to close, many areas had lines out the door, down the hall, and on the sidewalk. Once the polls close and those lines go away, the clerks and poll workers can start processing the mailed ballots and early votes. They are taken out from storage, opened, and fed into the voting machines. They must be opened carefully so they aren’t damaged. This whole process takes time. Given that this election probably saw more mailed in and early vote ballots than any other in US history, it might be a bit before they are all processed.

Why are so many of these mailed ballots for Biden?

This actually makes sense, when you think about it. President Trump was rather adamant about people not voting early or mailing in their ballots. So, the majority of people who voted for him likely did so in person.

What’s the difference between an absentee ballot and a mail-in ballot?

Not a thing. The terms mean the exact same thing.

What about all these ballots that people were receiving in the mail?

Experience has shown that what people thought was a ballot in their mailbox was actually a solicitation or advertisement suggesting they request an absentee ballot. But, because it has the word BALLOT on it, people assumed that’s what it was.

Thank you to our friendly, anonymous clerk for taking the time to clear this up.

I want to thank the county clerk who answered these questions for us.  What with the crazy political situation going on in the United States, I’m sure you can understand the person’s need for anonymity.