Creating a Monster: Will Bird Flu Research Result in a Deadly Pandemic? 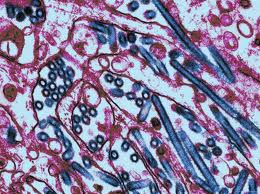 Note from Daisy:  I often shake my head at the hubris of scientific research.  Why do some scientists feel that all research that results in knowledge is somehow ethical?  I read Lizzie’s excellent article and shuddered when I thought about what could be unleashed on the world.  In the comments section, please share your thoughts on this…

Why does H5N1 Avian flu cause uproar every time scientists decide to research it? Well, for a start it is highly pathogenic with a fatality rate of some 60% amongst known cases, it is estimated that many cases occurring in remote regions are unreported and that the case incidence and the mortality rate may well be considerably higher than this.

As of January 16th 2013 the World Health Organization has had 610 cases reported to it from 15 countries. Of those 610 cases 360 of them have proved fatal. The fatalities vary widely from region to region with Nigeria reporting 1 case and 1 fatality, therefore showing a 100% mortality rate through to Egypt with 169 cases and 60 deaths, a mortality rate of around 35%. The death rate is therefore averaged to avoid such massive swings in the data.

Should H5N1 mutate sufficiently to move from a disease caught by those working in live bird markets, or those living and working with poultry in their immediate area, to a disease able to pass easily from human to human a pandemic is not just possible but extremely likely.

Avian flu is not only carried by domestic fowl but by the wild bird population who migrate thousand of miles a year carrying the disease with them. Wild birds die all the time from this virus and that will continue. Wild bird die offs happen quite often as a result of bird flu and millions of domestic poultry have been culled to halt its spread into new regions.

As a condition that the human race has no resistance to it would spread through the population in an unstoppable wave, leaving  more than half of the planets 7 billion souls dead. The fact that it is showing resistance to Oseltamivir (Tamiflu) in some cases does not bode well as this medication is considered the medication of choice to treat the disease. 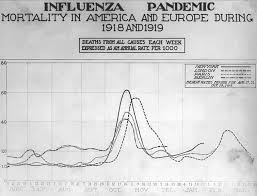 Last year the publication, redaction and moratorium of the research relating to avian flu caused heated debate. It is still a mystery to me why the scientists involved even considered publishing such material. They could quite easily pass the information to their peers for review, allowing others to work on the findings without putting them in the public domain. I am not against research that may prevent or help control a future pandemic, but do scientists think they are immune to having risk-takers in their ranks?

The world over, there are disgruntled scientists who have failed to make their mark, who feel that they deserve recognition for their work. Those who feel they have been passed over for promotion or that someone stole their ideas. There ARE scientists out there with an “I’ll show you” mentality that given the right information will be a danger to society. It would be foolish to assume that science does not have it’s share of ‘rouge traders’ eager to make their name.

This is without taking into account individuals outside of the scientific community who may well harbor evil intent and steal (or even buy) the virus after getting their hands on a copy of the research. 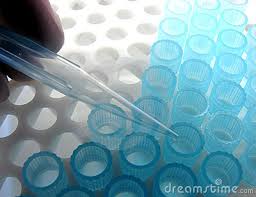 It’s my opinion that whilst the research should continue it should do so behind not only closed but locked doors and the information contained in the research of how the scientists mutated it in order to make transmission from human to human viable should be given only to those who have a long time validated career in virology. It should not be available to all scientists. I also believe that once the work on the mutations has been peer reviewed, assessed, and validated as accurate the virus, all of it, should be destroyed.

A year ago work detailing the mutations that H5N1 would have to go through to make avian flu easily transmissible from human to human was published in scientific journals. The fierce debate that ensued caused the scientific research to be redacted in some areas, and the research was suspended in order to allow the authorities in both the Netherlands and the United States, where the initial research was carried out, time to fully assess the safety issues regarding the research.

One group believe that publishing the research will enable scientists around the globe to complete their own studies and hopefully come up with a way of stopping the virus mutating or of developing a suitable cure for the condition. Those opposing the publication have concerns that the virus, modified in the lab in order for scientists to study it, could either escape from the lab and cause a pandemic, or could be stolen from the lab in order to create a pandemic.

The scientists involved in the study, from Erasmus University in the Netherlands and the University of Wisconsin in the United States discovered during their first round of research that between five and nine mutations needed to occur in order for the virus to become easily transmissible from human to human.

The US National Science Advisory Board asked that certain parts of the research was not published in order that would be bioterrorists could not use the information to develop a deadly strain of H5N1. This caused outrage in scientific circles with those in favour of publishing the research screaming from the rooftops that their scientific freedoms were being eroded. Other, more moderate scientists argued that the risks of publishing all the research was just too great and the research papers should indeed have the key points omitted.

40 virus researchers have now announced that the moratorium was being lifted. They announced this in a letter to the journal Science and Nature.

“….appropriate measures have been set in most of the world and the studies are essential for pandemic preparedness”

Prof. Ron Fouchier of the Erasmus Medical Centre said it had been “frustrating” to have the research shut down for a year. He continued:

“This research is urgent, while we are having this pause bird flu virus continues to evolve in nature and we need to continue this research, we cannot wait for another year or two years”

He said he expects his lab to re-start his work within two weeks.

Professor Robert May from Oxford University was not so enthusiastic. Prof May, a former President of the Royal Society stated:

“These are not bad people, they are good people with good intentions, but they look through rose coloured glasses at the security of the laboratories……..it will get out……that’s why I feel the world is a safer place if we maintain the moratorium.”

Past history suggests he may be right. There have been more than a thousand cases of people becoming infected in labs, labs with the highest security clearance and standards in the last three decades. The 1977 outbreak of flu has been traced back to a Russian lab though this is emphatically denied by the Russian authorities.

What happens from now on is anyone’s guess. The fact is that bird flu will eventually mutate, the question is will science bring this down on us earlier than it would have happened naturally? or will science save us by finding out how to stop the disease in its tracks? Only time will tell.