What Is Your Worst Prepper Nightmare? 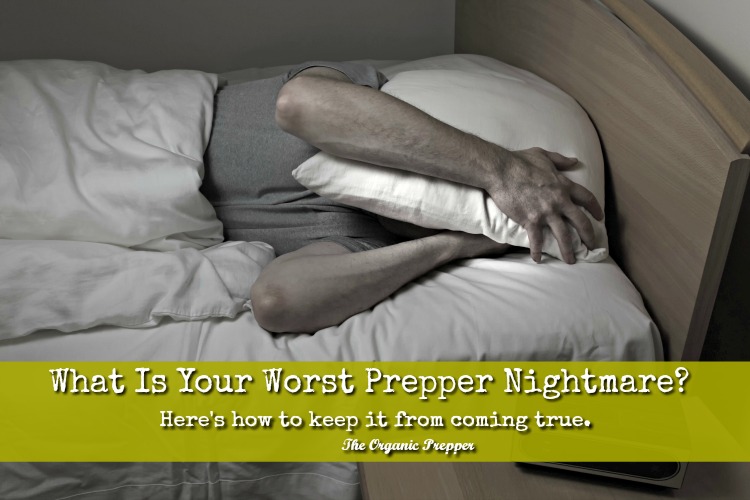 What is your biggest fear?

For people in the preparedness realm, we look at the fears of other people and instead of trying to ignore those fears, we look them dead in the eye. We figure out who we’re going to keep those fears from becoming a reality.

That means that our fears are very different.

For most of us, our biggest fear is the failure to be prepared.

A failure to be prepared means that our families are suffering – suffering from something we could have prevented, but didn’t.

Of course, we can’t prevent every bad thing in the world from happening, but here are 5 prepper nightmares from which we can protect our families.

Can you think of anything worse than your children saying, “I’m hungry” and having nothing whatsoever to give them?

This happens more often than you might think. In our just-in-time society, there are many people who don’t have enough supplies on hand to last even a few days. Flash back to Superstorm Sandy. While many residents were able to take the disaster in stride, others were begging for help and lining up for government-issued food and water on the second day after the storm shut down highly populated areas like New York City.

Another example that comes to mind were people in lockdown in Boston during the manhunt for the Marathon Bombers. Police officers were delivering food and milk to people’s doorsteps after less than a day of lockdown.

But what happens if there are no first responders? What if the disaster is so bad that there is no government assistance?

If you have no food put back that you can prepare with limited resources, then you and your family will be hungry. You’ll be going without because you didn’t make the simplest preparation of all: emergency food.

This doesn’t have to cost a fortune. You can have a supply that will last a week or two for less than $50.

The biggest cause of death post-disaster is a waterborne illness.

If your area is hit with a massive earthquake, a devastating storm, a chemical spill, or the target of a terror attack, it’s entirely possible the water that flows from out taps will be unsafe, unavailable, or even deadly. It’s possible the water will stop flowing completely.

And what will you do then?

If all you have is a case or two of individual bottles, that’s not going to last long. You need solutions. You need a water stockpile. You need a secondary source and a way to purify it.

Waterborne illness can kill and it strikes the most vulnerable the hardest. That means your young children, your elderly parents, your spouse who suffers from an autoimmune disorder are the most likely to die from something that you could prevent.

Usually, when someone is sick or injured, we take that person to the doctor or the hospital. But what if they become ill or hurt during an emergency? What if there are no first responders? What if medical assistance is not available?

Would you know what to do?

There are some illnesses and injuries that are beyond help without a hospital and a surgeon, but there are many things that you can treat at home during an extreme situation.

The question is, do you have what it takes to save the life of someone you love? Do you have the supplies? The knowledge? The reference materials to find the knowledge?

Or will you hold their hand and watch them die because you never got the books, took the classes, or put back the supplies that could have saved them?

In our current economy, a change in financial circumstances could happen to just about anyone. What if it happened to you? Would you be able to provide stability for your family? If you’re like most Americans, you are only one missed paycheck away from financial disaster.

What if a major, unexpected expense came up? These happen all the time in the form of costly illnesses, a vehicular breakdown, or a catastrophic home repair.

What if things went bad in an even bigger way, like a stock market crash, an economic collapse, or a war?

If you have an emergency fund and some supplies put back, you can weather a financial storm far more easily than those who fill their kitchens paycheck to paycheck.

Back in 1987, a study performed by the Department of Justice predicted that a whopping 83% of Americans were likely to be the victims of a violent crime in their lifetimes.

The question is, will you do these things before it’s too late? What could be worse than looking back and knowing you had the knowledge to have protected your family? To know that you could have prevented a terrible thing like a rape or an assault had you only taken the steps to do so?

While sometimes terrible things can happen regardless of your efforts to prevent them, like all of the nightmares above, many crimes are avoidable.

How to keep your nightmares from becoming a reality

There are all sorts of ways to get prepared. You can learn from multiple sources, read books, wade through forums, or just figure stuff out by trial and error. That’s how I got started and it has worked for lots of people.

But is there really time for that so late in the game?

If you are feeling a sense of dread and urgency, given our current geopolitical tensions, our precarious economy, and the civil unrest that is becoming more widespread all the time, we can help you speed the process along.

Think about all of the scenarios above. What if you had someone to walk you through them all in a quick, budget-friendly, and organized manner?  What if you could get prepared in only 8 weeks? 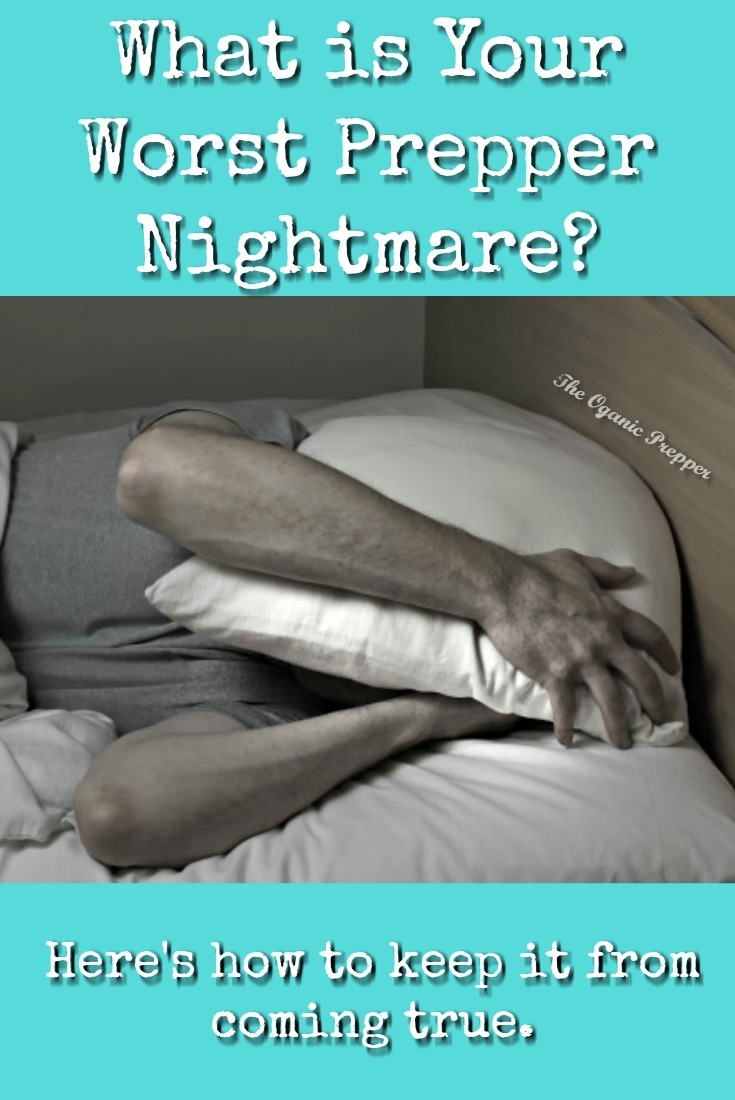