Are the Mysterious Disappearances in Venezuela Acts of Political Terror? 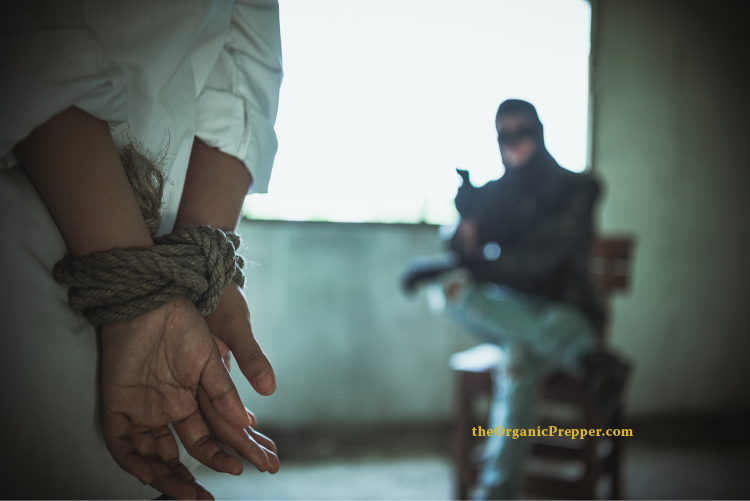 Using terror as a control means, is a common occurrence in many regimes. Terror is a technique used to inspire fear. It’s a psychological operation, rather than a real threat for most of the victims involved. Detainment of a person, and imposing generic charges like “violation against national security” to someone like a medicine student, is addressed to generate panic among the general public. This way, the intention is to project an image of strength (generally non-existent and intensifies in those moments where the ruling powers feel weaker) and loyalty of their armed branches.

Unmarked vehicles, men wearing masks and toting assault rifles and handguns knock at the target’s door and put the handcuffs on, detaining the person, who inevitably disappears. No warrants, no identification, no badges flashing, nothing. These tactics are old techniques that can be read about in history. This twisted practice, used by Germans, was first documented circa 1941 and has been used by dictatorships all over the globe.

For those victims who actually reappear or are found, the duration of disappearance will vary. With each disappearance, the goals trying to be met by these illegal actions are different. Often, those targeted are people who are well known or are related to leaders of the opposite wing. This particular tactic has a much more significant impact on the citizens and is devastating to morale. Journalists, political party family members, high-rank military, public company employees, and lawyers are just a few examples of those who have been detained.

Why is this happening?

The “State” has made it clear that anyone can, and will, be detained. Their main objective is to ensure that no one feels secure. What does the State want? Power over everyone’s lives.

This type of power has been especially intense in Venezuela, even though Venezuelans have a strong legacy of freedom fighting. But that seems to have reached its end. After the 2014 and 2017 clashes, influential opposition members and leaders were forced to flee.

Cruel repression, beating, imprisonment, and torture of protesters made it to the local news and social media and still continues to happen. After 2017, the mass exodus that occurred caused company closures, job loss, and bankruptcy for the oil industry. Many employees of PDVSA were imprisoned under accusations of “smuggling of strategic material.” Translation: a couple of lubricant barrels with a supervisor’s signature came up missing.) Under different circumstances, the treatment of such unoffensive actions would have been harmless.

The primary purpose of all this is to keep the population terrified, controlled, and in a constant state of unrest. Spontaneous uprisings were occurring all over the country until the untimely and suspicious pandemic arrived.

Why are people being detained and disappearing?

The disappearance of any opposition and dissidence is a key goal of these detentions.

Considered a human rights violation in almost all of the civilized world, this type of treatment is used by some groups as an additional income source. Those being detained are usually held for ransom so low that it can is collected with minimal effort. Most of them are not subject to any torture; they are held like “tenants” for a while until “rent” is collected.

Many women in Venezuela have been the victim of these kidnappings.

This crime affects the entire integrity of a family, and all of the members become victims. It disrupts in such a way the regular performance of the family atmosphere that it tears apart slowly the ability of the society to resist an oppressive regime. Every year, the counting for forced disappeared persons ranges from 200 up to around over 400. Some of them reappear while some do not. Some others are tortured while some can get themselves released, unharmed, and relatively intact.

The uncertainty is what causes the most damage.

No one knows for sure who will be taken, when, why, or for how long. And there is no way to know who will be tortured and who will not be. Reports mentioning the forced disappearance as “repression mechanisms” fall short. They look to inspire as much fear and terror as they can.

The worst part of all this is the U.N. Office for Human Rights does nothing.

It is still happening, and the only sanctions seem to be USA visa suspensions and some freezing accounts. Where are the international female rights organizations raising their voices about detentions of people like Mimi Arriaga?  This case is a perfect example of controlling future generations with fear. Mimi is a medicine student whose only crime is being related to a high-rank military chief. She was accused of “conspiracy” only to be released when nothing could be proven. But it is a technique used for generations, looking to stretch their permanency in power. Mimi had to flee the country, like many others.

The perpetrators cover their faces and don’t identify themselves. In some instances, neighbors have been able to stop them with stiff resistance, but this is not common. A few days ago, Antonio Moima was imprisoned as well, with the same scheme. One of the right hands of President Juan Guaido, Roberto Marrero, has been in prison for over a year now. Imprisoning Marrero is considered a direct attack on the entire structure of the Pres. Guaido’s government. Roberto Marrero is not the only one suffering from this type of mistreatment.

Every time the regime suffers a setback, they intensify the attacks against opposition party members.

The Maduro’s administration has been so desperate, that they have even attacked their very own Guaido’s family. In an incredible plot, they framed Mr. Juan Jose Marquez, one of the uncles of Pres. Guaido in a plot involving explosives and the planning of a supposed “assassination conspiracy” against Maduro. Mr. Marquez disappeared for weeks before appearing as a hostage of the regime in one of their infamous prisons. They claimed to have found “dangerous” materials in his luggage, but could not explain how he made it through customs and boarded a plane!

The only “authority” to offer an explanation, Diosdado Cabello, is now on the “Wanted” list with a 10mm$ reward on his head.

Related: VENEZUELA: The Government Is Using Warlords to Control the People

What kind of strategy is this?

Never, in the history of Venezuela, had this sort of thing happened. After only a few weeks, you will hear a script read on T.V. informing: “a conspiracy has been discovered…”…to prepare the theater function. Just like described in this article: Venezuela holds uncle of opposition leader Guaidó

In the case of Marquez, the pressure was intense, forcing the U.S. government to comment about it to reinforce their support to Guaido’s presidency. More Information

I strongly believe that no one is safe from this.

Why? Terrorist groups could have this as an ace under the sleeve to spread panic and fear.

It would be a great complement to looting and mass riots.

Be warned: this is how brutal totalitarian governments behave. Do not let this happen where you are.

Kayle Firenze is a former journalism student in Venezuela. She lives with her family outside of a large city.