An Urban Survival Course with Selco: Noise, Light, and Your Mind Playing Tricks 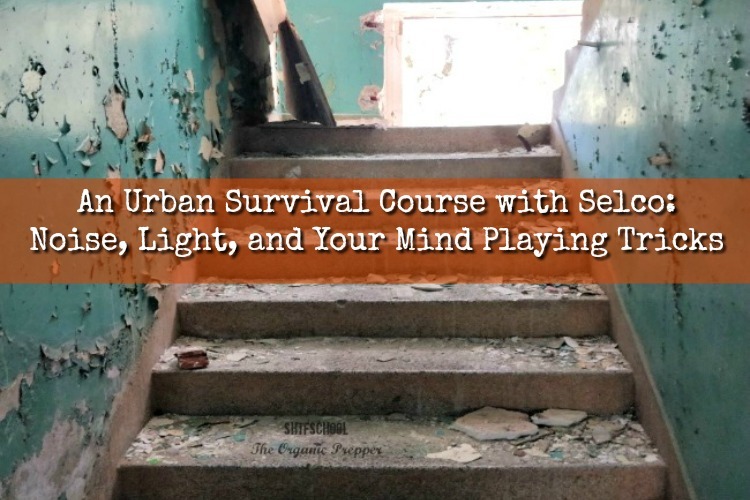 NOTE: If you missed the first article in the Urban Survival Course series, go here to read it. Today, we’ll continue on with Selco as he teaches us the lessons students learned in his last course in Croatia.

The Hollywood industry, fiction survival books and our imagination over the many years kinda taught us to expect big things and to think in big terms when SHTF.

As a result, a lot of preppers forgot to use common sense in preparing and thinking. Actually, they forgot to be aware and to notice little things around them. They were expecting big things so they forgot small things and techniques that are actually important. That can eventually get you in trouble or get you killed. 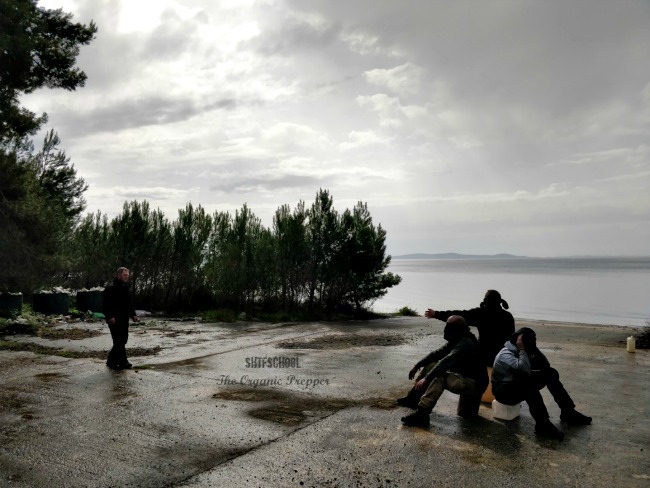 To understand better how things can be hard when SHTF  you need to put into perspective how noise and light work in different situations, or in other words how light and noise can be your enemy or friend depending on what situation you find yourself during SHTF.

Often you have seen in the movies or read in a book how someone sneaks up on someone or through some building.

In reality, students are shown that there are no ninja warriors. Remember we are talking about average folks here. If they are forced to survive in some dangerous situations they simply need to know:

But the highlight is on time; you need time to do it the safe and secure way (even if you are highly trained). So, in reality (if it is dangerous) it may take you an hour to cover 20 meters sometimes.

You can use sounds in surroundings (or background) to cover your movement (for example in this photo, it may be the sound of waves or wind through the trees) but again, you need a lot of time, and skill. 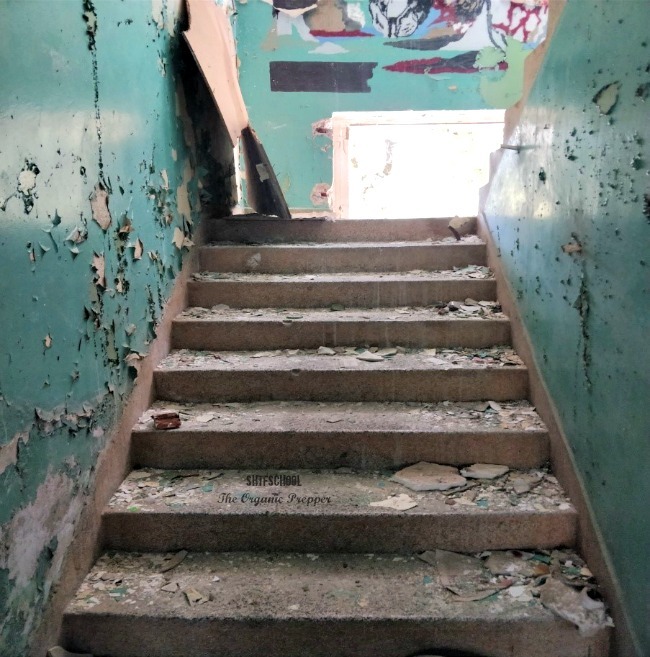 Now put that in perspective of real urban survival, and a situation where you need to check some building (for example to take shelter) that looks abandoned, with things on the ground that simply make too much sound. Sometimes it is impossible; sometimes it does not make sense to even try.

Moving in a group and staying quiet is a skill that is possible to learn, through the familiarization of group members, the use of hand signals, and proper preparing (again proper equipment, footwear, clothes). That technique makes sense to be put to the test in a hard situation like dark and bad weather (rain, wind) where you can try to use that weather and night in your favor. It’s also important to see how everything can easily go against you (conversation-signals in pitch dark, loss of orientation, losing group members.)

If you tell average students group to start a fire so they can prepare a quick meal or make coffee, most of them will make a huge fire big enough to cook a boar on. If you tell them to turn on the flashlight to find something in their backpack, a  lot of them will turn on a torch that will burn the eyes of all people around them, affecting their night vision badly. 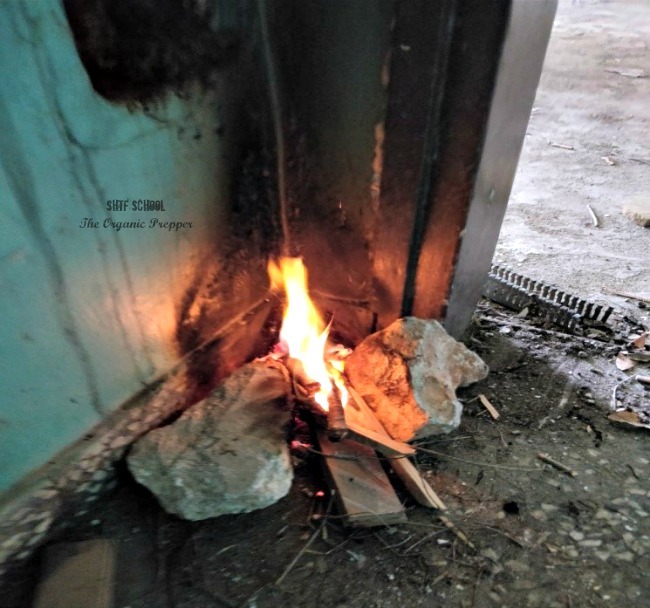 Strong torches and big fires make sense sometimes, but in urban survival prepping staying undetected is a big priority, and you need to adopt that kind of philosophy first.

Planning your movement during the day, and taking that particular route during the night, even in an urban environment in SHTF settings, can be two completely different things, even if you saw (or went through) that area during the day.

It is very easy to get disoriented in pitch dark, and known buildings are not known anymore. Distance may look completely different, and the combination of everything may be very dangerous if you are not aware of that. 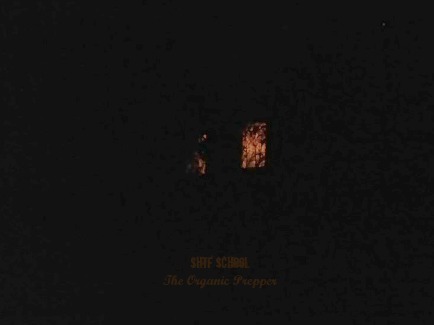 In the photo above there is a camping fire (not hidden) in an abandoned building in an area where there is no other light. It is clearly visible from 200-300 meters.

What do you see in this photo? 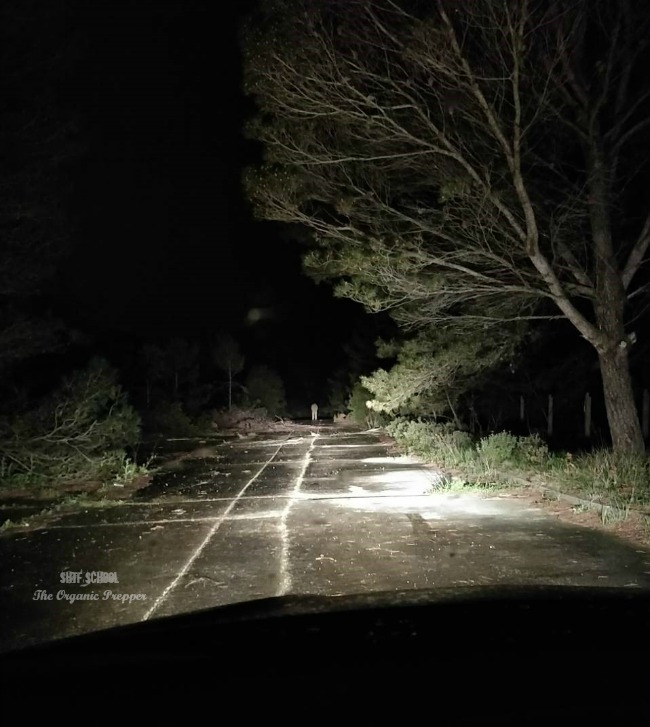 The photo above is taken after midnight in an area where students did not expect people to be. (The students were driving with us in a car during one of the exercises).

Students after the encounter described the man as a “very tall” (2 meters or 6’5″) person in a full white bodysuit, probably a man with no good intention (drug dealer? body disposal?).

The encounter lasted a few seconds.

After that, they made camp in close vicinity to where the “man in the white bodysuit” disappeared into the bush.

And of course, their minds continued to play dark scenarios in their heads for rest of the night.

They did not have a nice night because of that.

In reality, it was one of our “ghost” instructors. He wore full camo and a clown mask – both were very visible (much better than in photo) but in the given circumstances (very late and a strange person walking slowly in an area where there is not supposed to be anybody) the students mind offered a solution of what man is there and his intention.

Your mind WILL play tricks on you in survival situations. If you are in an uncommon situation or you are not very experienced when you are not sure what you see or hear your mind will offer you an answer. Often, that answer may be wrong, which may lead you to make some bad decisions.

It is the reality of SHTF.

Learn to use your skills under pressure

A big part of the course is using your skills and techniques under PRESSURE when you are not sure what is what, and that is a topic for other articles.

You can avoid that by training:

All that can be practiced in normal times, some in nature while hiking, some while drinking coffee in town by observing the people around you.

Again it is not about ninja warriors. It is about being aware of the world around you in different settings. 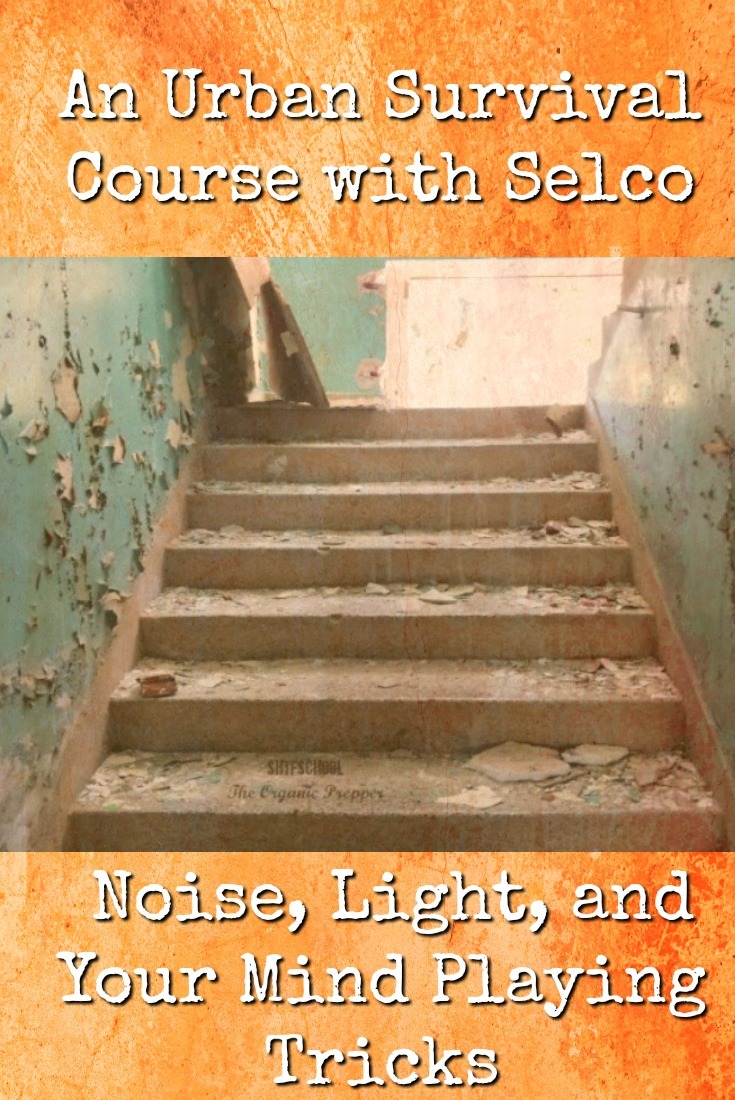