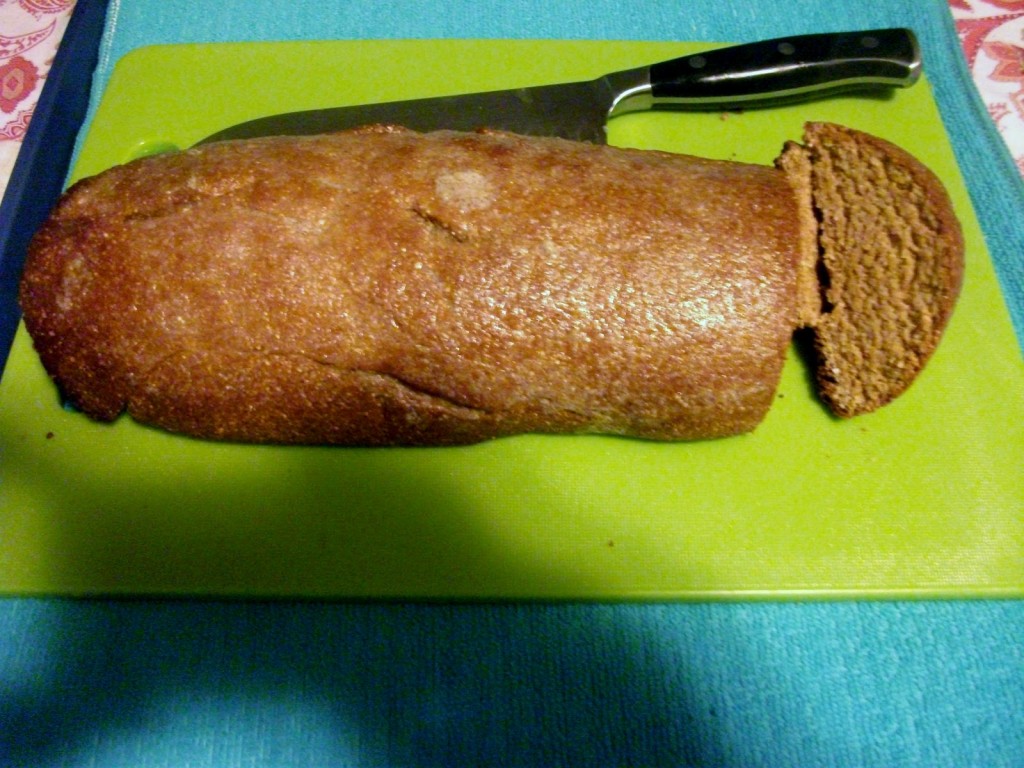 Last weekend, I picked up some organic wheatberries.

I looked at them, there in the container, for the past few days, and I’m not gonna lie.  The concept of turning 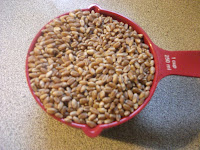 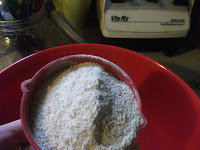 …was a teeny bit overwhelming. However, since I just ordered 50 pounds of wheatberries, I decided I better get to it! 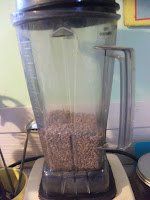 I’m in the process of researching a hand-cranked grain mill, which will be my next large purchase.  For today, however, I used the dry canister of my Vitamix.
I started with 2 cups of wheatberries. 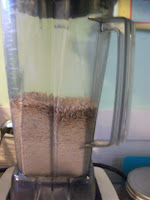 It took about 30 seconds on the variable speed to reach this consistency.

The processor doesn’t require anything more than the flip of a switch.
<—– 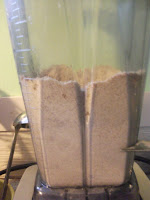 And about 30 seconds on high to make 3 cups of nutty-smelling fresh flour.

I used the bread recipe found here for a 100% whole wheat bread, with one tweak – I didn’t want to use honey so I used Muscavado sugar ( a raw form of brown sugar).

Many websites recommend sifting your freshly ground flour, but I forgot that step.  Apparently it helps the bread to rise better.  Note for next time, as this loaf turned out to be very dense.

After kneading the mixture for 15 minutes, the result was a very gritty-textured ball of dough. I began to feel a little worried because this felt so foreign from the “silky” bread dough I have become accustomed to working with. I’ll also note that it didn’t for a ball the way manufacturer’s flour does – I formed the dough ball myself while kneading it. 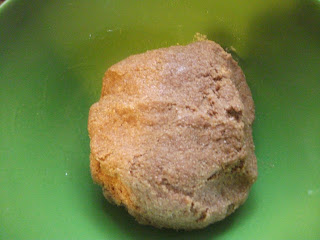 I was making dinner in the oven so I left it there to rise while our chicken was roasting.  Once the hour and a half of rising time was over, it really had not risen that substantially.  However, I still turned it into a log and covered it back up to allow for a second rising.  After another hour, it looked like this: 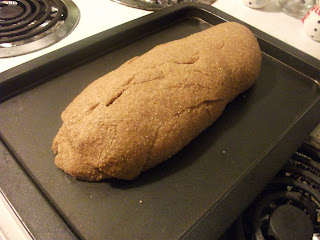 I followed the instructions precisely, baking the bread for 20 minutes uncovered, then tenting foil over the loaf to keep it from over-browning for the last 15 minutes of baking.  When it came out of the oven, I brushed butter on the outside, which is supposed to keep the crust a bit softer.

I was very pleasantly surprised!  The loaf rose fairly well, although it was very dense.  The flavor was fresh and almost nutty, and the texture was totally different than bread made with commercial flour.  Rosie and I both pronounced the experiment a success.  Next time, I’m going to add an extra half teaspoon of yeast and I’ll remember to sift the flour before using it. 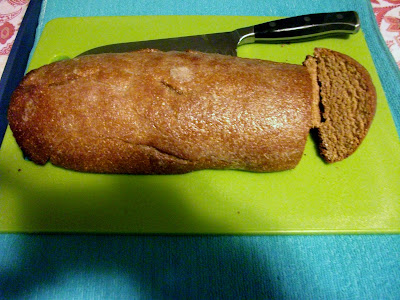