The Government WILL Take Your Supplies: Venezuela is Seizing Cattle and Inventory 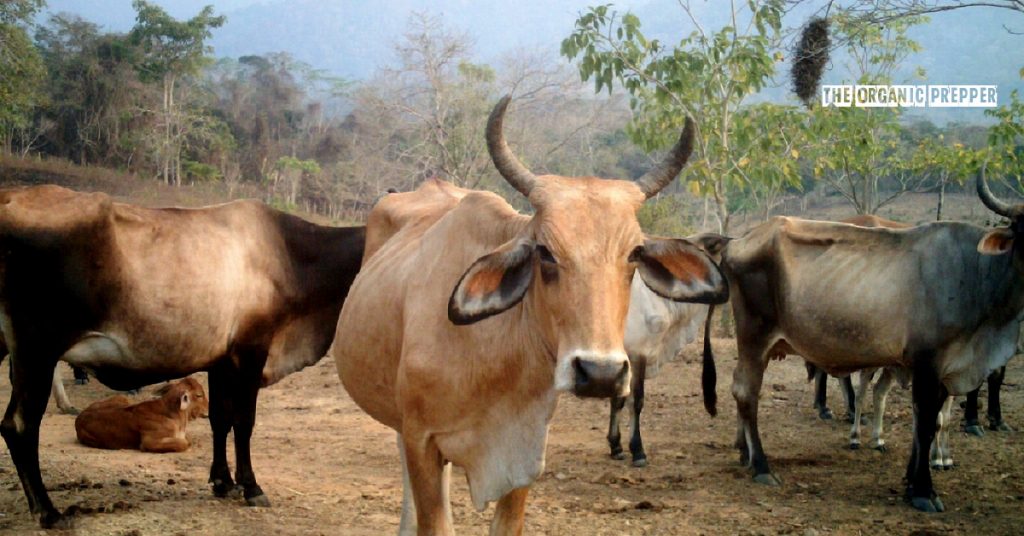 Something has been happening in Venezuela these last few days: the seizing of cattle, food, and staples from the production sites, by the so-called “authorities” that are not such. In the past years, factories such as GM and Kimberly Clark were seized by the government, and many other means of production have been taken from citizens. Then, they fell into disrepair and production stopped in many cases.

As I mentioned in previous posts,  I have seen some small producers getting their production weekly in some like 3 or 4 cars, just for some money and buying the rest of the needed staples that they don´t produce, as anyone smart enough should do. I have been thinking of some ways to deal with both thieves, those who come with AKs and the other ones, and the answer seems to be concealment at levels never seen in the country.

What would you do if someone came for your cattle and harvest?

Do not think it can never happen.

This is not unique

I have read about some situations in SouthAfrica with the Mau Mau movement, where violent attacks were executed on the farmers. As I am not getting paid for writing about South Africa´s apartheid, I won´t elaborate on this.

The reasons for this attacks and what is happening in Venezuela are quite different: in this last one, the objective is social control, as well as personal profit of the guys toting the big guns. In SouthAfrica, the Kikuyus were there before the Brits, so their rebellion should be reasonable for libertarians (their methods could be rather questionable, though).

How can you protect your livestock?

I would like to elaborate now on how to deal with something that. Here are Let me elaborate, as a prepper, about some means to try to mitigate or give a twist to that awful situation.

I honestly can´t say how to hide cattle in a way that they can´t be found and be totally protected from rustlers. I am a city boy so please forgive, but I promise to do my best.

My days of visiting the customer´s farms with my dad are over. Perhaps some of you out there could have some better ideas, but here are some of mine that could be useful. And I truly hope that you never have to use them. It is likely that farmers could be forced to participate in a cattle census, or inventory of the herd or whatever you call it in your region. (Note: Remember how folks in North Carolina had to “register” their chickens for their own safety? ~ Daisy)

Sort this out and have some means to bend this rules without breaking them. Make a map of your property and select a suited area where this cattle could be easily transported and would have enough resources. Once the seizures and confiscations start to happen, take one-third of the best of the herd. Or even half. Just leave those that are about to end their useful life. Once the thugs arrive, you have two choices. You can risk defending with deadly force what is yours, or play the smart game and live to fight some other day. I would prefer this last option because they will come back with more confidence, and in our case, being Latinos, with arrogance, and then…well, I just can imagine how pleasurable get rid of such thugs would be if the need is present.

My point is, if the message is clear that there are no cattle in the farm, coming back cannot be tolerated because it would be the age-old story of the villains stealing from the farmers. Those who don’t know the history, are condemned to repeat it. A good way to avoid the thugs from coming back is to not give them any motive to believe that it is worthwhile

Now you have your cattle in a safe, semi-hidden location, with all they could need. Here is where technology can be useful. A good idea is a couple of guard posts, just in case. Now that every piece is precious, a broken leg, or a snake bite could generate a loss that can’t be tolerated. GPS, radios, your favorite commo toys will be useful. A live fence, that can grow up in a few weeks is absolutely a need. In the tropics, we could have an impenetrable fence in 3 or 4  rainy seasons (we don´t have such thing as winter) months, a couple of meters tall and 1 meter wide of bushes with zillions of daggers-like thorns. I already asked some friends there with farms and I gave them these very same ideas I am writing here.

In the heat of the tropical sun, usually our cattle looks for shadowy, fresh bushes to hide in. This is an advantage because a ditch could be excavated around a decent plot in a couple of days with a payloader, and a live fence cultivated in the edge to avoid the cattle falling in (Imagine if all of this plot is prepared just in case beforehand, with all the needed level of detail). This would avoid, if the bushes are tick enough, the trespassing of any undesirable pedestrians. Even doors could be properly camouflaged. Underground water tanks within the tickest of the bushes with camouflaged rain collection systems and wisely made available for the cattle to drink are possible.

Avoiding wire fences is smart: any presence of conventional restriction methods for cattle, will be a clear signal of its presence. And as it is unlikely that they use choppers for something as trivial, if some place is not easily accessible by land, it will be likely to remain untouched.

An artificial pond I believe is another good method to conceal the access to a wide, but confined area, with the cattle being transported one by one in a suited raft. However, their access to the water should be restricted, and underground piping, if water of the pond is to be needed for the animals. Footsteps in the surroundings of the pond are going to call unwanted attention, as we should know.

Hopefully, you will never need to know how to hide your livestock

I hope these ideas about cattle concealment from the top of my head just remain as this, as ideas, and never have to be used by anyone in our time or our descendants’ lives.

But, if that time presents itself someday, and someone remembers about her grampa or granny reading and laughing about this weird Venezuelan expat in something that existed called the Internet and his thoughts about hiding cattle from the roving gangs…and needs to do something similar, I will consider myself pleased.

I will see you next week.

Be safe, dear fellows, and God bless us all! Cheers!