With knife attacks seemingly on the rise in the news, I thought I’d write an article to give you some ideas of what to do in case you’re faced with a knife-wielding maniac. Keep in mind that this is super generic advice and some of this won’t be at all applicable in some scenarios.

I’ve had several classes in knife fighting and disarms, etc, but don’t think by any stretch that I’m an expert. As you can see for yourself on my blog, my expertise more in the intelligence gathering/protection and survival realm than hand-to-hand combat.

What relevant experience I do have, however, is in risk analysis and mitigation, which is more what you need to know if you aren’t trained and practiced in defending against edged weapons, so that’s what this article will focus on.

Myths and misconceptions about knife attacks

There are a lot of misconceptions about knife attacks to clear up first.

Myth #1) You can disarm him without getting cut/stabbed

Ok, so this is technically possible, but unlikely. One of the biggest hurdles to get over in a fight where your opponent has a knife is when you start bleeding. You might not feel the cut/stab due to the adrenaline in your system but you’ll see and feel the blood. A lot of people freak out at this point because they’ve never been hurt in a fight that caused them to bleed so their brain will lock up and they’ll hyper-focus on the wound and not getting stabbed anymore instead of dealing with the attacker.

Just assume you’re going to get cut or stabbed during this fight and hopefully you’ll keep your head in the fight when it happens.

One of the biggest things to focus on is protecting your vital parts such as your neck and chest. You may need to sacrifice your hands and arms in order to do this.

Myth #2) The attacker will lead with his knife-hand.

If you’ve ever seen a knife fight in the movies or on t.v., you’ll see the bad guy holding the knife out in front as he tries to stab the good guy. The problem with this misconception is that when you go to a class to learn how to defend yourself unless you have an instructor who’s been in ACTUAL knife fights, your lessons and practices will involve you defending against this type of attack.

This could set you up for failure.

Whereas this does happen sometimes, in most cases, the attacker will use his unarmed hand to keep you at bay and then grab you before he stabs you. He’ll no doubt swing and stab with the knife but the actual attack isn’t usually that forward. Make sure you practice with your opponent trying to get quick control over you before stabbing so you’re more used to that. Sparring matches, with practice knives especially, are much more useful than watching YouTube videos, although the videos can give you some ideas of what to practice.

Most knife attacks are ambushes within a few feet of the victim, usually within arm’s length. To adequately protect yourself against something like this, you really do need to build up some muscle memory so you don’t have to think.

Also, when someone attacks with a knife, they usually go right after the victim instead of standing back with surgical strikes. This means you need to act immediately and gain yourself some space or control immediately.

Most knife attacks last less than 15 seconds. You need to gain control of the situation within this timeframe in order to have a chance to survive.

Myth #4) The best defense is to run away

Now, sure, if you have the ability to run away, then this is your safest option. From what we’ve seen above, this is unlikely to be the case. You’ll most likely be forced into a confrontation if someone has committed to an attack.

What you should do

Now that we’ve cleared up those myths above, how do you survive a knife attack?

Learn from a qualified instructor

First things first, nothing beats training with a qualified instructor.

Krav Maga is my favorite self-defense system but it’s not the only one that you can learn to protect yourself against someone with a knife. In any case, check out your instructor’s credentials and experience with defending against and disarming knives before you spend your money and time with them. Just because they’re a badass in karate competitions doesn’t mean they know jack about a real fight, let alone one with weapons.

When learning any form, it’s best to start slowly and get the basics down before going into more advanced techniques. Disarming movements shouldn’t even be on your radar for quite a while.

If you’re using a shock knife (which I think are great), don’t put the setting up to full until you’ve had quite a bit of experience with sparring against it or you’ll be so afraid of getting shocked (simulating being stabbed) that you’ll shy away from what you need to do in practice and won’t learn anything.

In addition to a shock knife, here’s something called a scratch knife. Just something to keep in mind to bring up to your instructor:

When someone attacks you, he’s most likely going to try to grab you and stab several times within the first few seconds. Unless you get really lucky, you most likely won’t be able to control anything and will probably get at least cut. Barring any lucky reaction, you need to get some space between you and the attacker so you can see the next attack coming and have at least some time to react.

Keep moving and watch your space so you don’t back yourself into a corner. Also, see if you can put something between you and the attacker, even if it’s just a table. The longer you can keep him at bay, the more likely it is that he’ll leave or someone may notice what’s going on and help.

Putting some space between you and him may just be enough of a deterrent that he may decide to exit stage right. If not, you may be able to find something useful laying around that you can use to defend yourself.

Gaining control of the knife is extremely hard to do without a lot of training and practice but if you can get a hold of the knife, or at least get it out of his hand, you’re much more likely to survive. Just keep in mind that even someone trained in this will most likely get stabbed or cut.

Now, I know I just said to control the knife but you shouldn’t keep all your attention on it. If you can somehow get in a successful blow to knock the guy out, the knife becomes useless to him. Also, as I mentioned above, he’s most likely trying to control your body before stabbing you so pay attention to blocking his unarmed hand and possibly getting control of it.

If you’ve been jumped and have now managed to put some space between you and the attacker and have a moment, look around to what’s immediately available to grab. A chair or beer mug or even just something to throw in his face might become very helpful to gain the upper hand or at least make the guy decide he doesn’t want to hang around any longer.

This is a basic tenant of most combat situations.

The attacker will most likely rush in at the last second and will be expecting a compliant victim to just crumple to the ground with their hands up as they get stabbed to death. A violent counter-attack can throw off the attacker’s focus and may give you just the advantage you need to survive. In some cases, just rushing in and jamming the attacker’s arm to his body while you move to pin that arm will stop the fight, as long as you’re strong enough to hold him until help arrives or you may luck into taking the knife or using your own weapon.

Basically, put the guy on defense. In a lot of cases, a guy with a knife is looking for an easy target. Don’t be that easy target.

Keep fighting until the fight is over

The worst thing you can do in a knife attack is to stop fighting or trying to find a workable escape. Keep fighting until the guy either runs away or can’t fight any longer. If he isn’t running away from you and you can’t get away, you should be attacking.

Realize a gun may not help

A lot of people immediately just pipe up with some variation of, “That’s why I carry a gun.” Ok, Rambo. If that’s your solution then you’re screwed if he just keeps stabbing you while you’re trying to get your pistol out of your holster and get a bead on him. He may end up dying but you will also. Besides, as I mentioned before, a knife attack is most likely to come by way of ambush from arm’s length. You probably won’t have time to grab it and he just might stab you in your shooting arm/hand/shoulder and disable your response.

I’m not saying it wouldn’t be a good idea to have a gun as an option but it’s not the only solution. What if you’re in a crowd of children and he stabs you? Are you really going to risk killing them because you’ve left yourself no other option?

Most likely, the best immediate response will be to do something other than focus on pulling your gun, aiming, and shooting, but if that’s all you’ve left yourself with then that’s all you’re going to do. Not saying that won’t work but don’t leave that as your only option or even just your immediate first response.

Have you ever been involved in or witnessed a knife attack?

If so, what happened? Share your experience in the comments below. 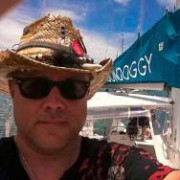 How to Grow Your Own Urban Vegetable Garden