The Manipulated Destruction of American Freedom and Sovereignty 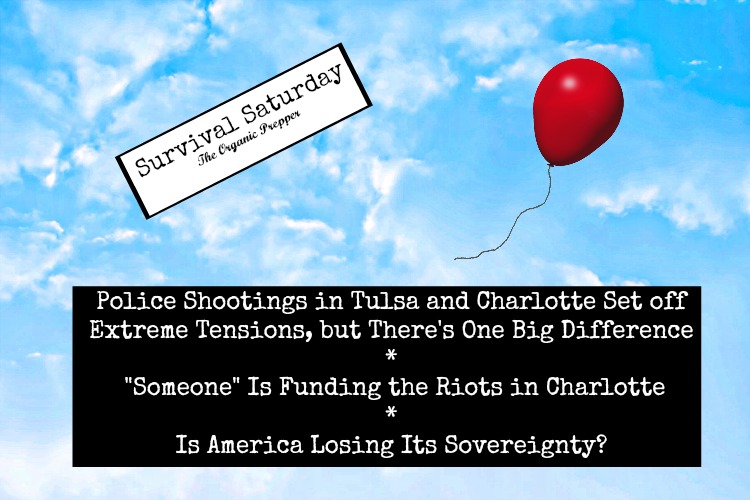 This week on Survival Saturday, we’ll discuss the manipulated destruction of our personal freedom and sovereignty as a nation. Because of the bad acts of some, the manipulation of others, and the President literally telling us that we’re going to give up freedom for the “international good” you can watch our sovereignty and liberty float off into the sky like that helium balloon your 5-year-old refused to let you tie onto her wrist. You’ll cry and scream as you watch it float off to parts unknown, but if you let it go, there will be absolutely nothing you can do to get it back. Personal freedom is everything and the time to be aware of these Machiavellian plots is right now.

Police Shootings in Tulsa and Charlotte Set off Extreme Tensions, but There’s One Big Difference

First of all, let me make it very clear that in no way am I advocating the cops shooting people who are not a threat, planting guns, and otherwise trying to cover their tushes.  There have definitely been some questionable shootings, and I think if we were all able to have the facts, and not what the media wants us to see, we’d be able to say, “This was justified” or “This was not justified.”

But, as I’ve written before, the media only shows us what they want us to see. Because of this, I really have difficulty passing judgment either way on these shootings. I believe far too many of them are happening, but then the waters get muddied. Some people make the victim out to be a saint, while others say the victim was a thug. Some make it out that every single cop is a horrible human being, while others say that every single cop is a hero worthy of a cape.

They’re all humans who are involved in these shootings. They’re all subject to mistakes, errors, and both good and evil in their hearts.

Here’s the huge difference between Tulsa and Charlotte.

In Tulsa, the cop who shot Terrence Crutcher was brought up on charges. The result? No civil unrest, no looting, no neighborhoods burning.  In Charlotte, they tried to cover for the cops and blame Keith Scott entirely. And we all know what happened next.

This is what our legal system is supposed to be for. If there is a question of innocence or guilt, then it should be investigated, charges should be considered, and a trial should occur. When everyone is subject to the same process, then people don’t respond to the injustice (whether perceived or real) with extreme violence and rage.

Here are some links from the previous week’s police shootings and the subsequent fallout.

“Someone” Is Funding the Riots in Charlotte

One of the most important things to know about the Charlotte riots was brought to us by Zero Hedge. Did you know that 70% of the people arrested for rioting violently in Charlotte were not even from North Carolina?  That’s right – George Soros (or someone like him) shipped them in to make matters worse. (You can read about why this happens here.) Soros has made it no secret that he is all for globalization – heck, he even wrote a book about it.

We’re all being manipulated into a race war. Whether you want to be involved or not, if you are threatened by “protestors” who are actually rioting, looting, and trying to set you on fire, you’re going to fight back, right?

These riots? These aren’t protests – they’re riots. What exactly is this gaining us?

I’ll tell you what it gets us. It’s getting us backed into a totalitarian state. If you have a toddler who acts like a jerk every time you take him to the park, you stop taking him to the park, right? If that toddler hits his sister with a Nerf sword, you take away the Nerf sword. These bad actions will eventually affect everyone in this country with a loss of even more freedom.

Is America Losing Its Sovereignty?

You may have heard about President Obama’s speech to the UN this past week, as he does his part to usher us into the New World Order. (If you didn’t hear the speech or you think the NWO is just a conspiracy theory, trust me – just go over here and check it out.)

If this isn’t enough, remember that in less than a week, control of the internet will be handed over to the United Nations too.

Even without the global government, we’re losing enough freedoms already:

The list goes on and on, and now, if Obama gets his way, we will have to allow even more of our freedoms to be legislated against by a bunch of people we have never heard of, holed up in plush offices in Europe making decisions that affect our day-to-day life. And all the while, we’ll fund the whole thing with our tax dollars.

25 Cozy Ways to Prep Your Home for Winter

How to Build the Ultimate 25 Pound Bug Out Bag

How to Survive a Terror Attack

Are You Prepared for Lockdown? How to Stay Safe When Chaos Erupts in America

How to Store Batteries for the Long-Term

Make sure you have healthy, non-GMO emergency food!

Root Cellars 101- Root Cellar Design, Use and Mistakes to Avoid 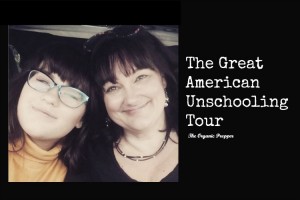 My daughter and I are headed out today on the start of our Great American Unschool Tour – you can go here to read all about it. We hope you’ll follow along on our journey!