SELCO: The Myth of Stopping Power & What REALLY Stops Attackers 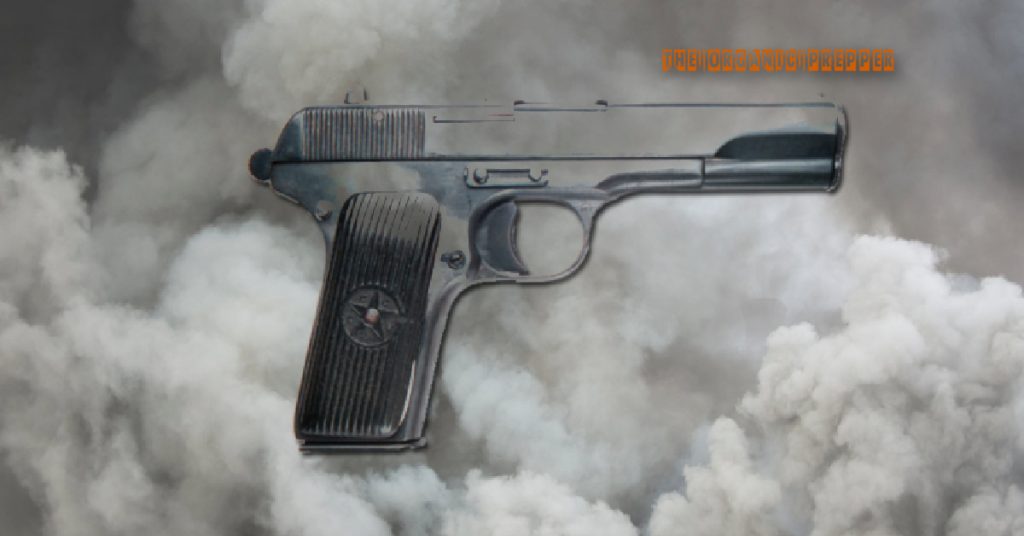 Another great and favorite topic in the survival community is a matter of best caliber and weapon for SHTF, and ammo with most stopping power. Stopping power means how quickly and with few bullets you can make a threat unable to attack you or anyone else.

I tell you now, even for urban survival and the situation I have been through and speak about in my course, it is more important to discuss water filtering in urban SHTF scenarios than talking about stopping power.

Do not get me wrong, I am perfectly aware that burst from the machine gun in the man standing in front of you will do much more damage (and probably will stop him forever) than shooting at him with a pistol.

I have seen and been in lots of gunfights and in real life, shootings are not so simple that guy with bigger gun wins.

It is about you

The guy who was standing next to me pulls pistol (TT 7.62 mm) at an attacker who was starting to run away from us. I did not want to shoot at the guy because he was running away from us, and I thought he did not need to be shot, but my friend thought different.
Anyway, he raised the pistol and fired 6 bullets at the guy. The guy was some 67 meters from him. And he missed him, all six bullets missed the guy, who ran away.

The guy who was running away was moving away from us, but not in a straight line. He was moving diagonally so I guess that adds a little bit to why all bullets missed.

But the man who was shooting from the pistol did next:

I had (and still have) a lot of confidence in the TT pistol. It is a reliable and scary thing in good hands and can do a lot of damage. But point is that you are the man (or woman) who makes the shot and kills. So first you need to work on your skills. A .22 bullet to the head is worth more than .45 to the shoulder. Common sense.

The weapon is something that in my opinion needs to be good and correct for you and your hand. There is no point in having some weapon just because it is good for someone else. Maybe it is completely wrong for you.

Recoil, trigger pull, and general feel are just a few of many factors that determine what makes sense. Get a gun that enables you to hit your target even if people at the shooting range shoot a bigger caliber. We train for survival and not to show off.

What you need to know about gunshot wounds

Gunshot wounds are kinda strange because you never know what you can expect from it. When bullets enter the body it can make quite interesting stuff. I have seen people being hit from high caliber weapon and they even did not know they were hit, OK adrenaline works there too, but it is simply important whether the vital organs are damaged.

Bullets can have very weird path once they enter the body, so even if entrance wound looks not so dangerous it still can shred organs in the body.

You never know what it will be because there are many factors involved like weapon caliber, distance, angle… Bullets ricocheting from wall or ceiling above you still can kill you. Actually, small pieces of wall exploded from bullet hits can kill you if they hit the right spot.

Generally speaking exit wound (if there is any) should look more “nasty” than entrance wound, but still, there were cases when in middle of the fight some folks did not know they had any wound at all until later they were carefully examined and entrance and exit wound were found.

I treated a man once who had a gunshot wound in the forearm. Some 10 minutes after the battle people pointed at him and at the blood coming all along his arm and fingers. He had entrance and exit wound, no bone damaged, and still no pain. Adrenaline.

Remember the guy from the beginning of the post? Maybe if he had a knife or alternative weapon at that moment he would stop the other man with more success.

And yes, I would always choose to have good and reliable pistol over a spear, but you get my point. I have seen guys who “stop” other guys with bullets from .22 CZ rifle in some very very cool (and scary) way and from quite some distance. They simply were good with that rifle.

Shots in the head and chest have a better chance of “stopping” an attacker. A man can be also stopped with few shots in legs, but remember that he still can shoot you. Bullets in the stomach are bad things, but I have seen people firing back at their attacker with a rifle with their intestines hanging out

Do not expect that man will be “blown away” with one shot in the chest, like in the movies. Even if you hit the attacker in heart, he still has a chance to shoot you.

So in short, yes, bullets in the chest and head are good, but BULLETS, not A BULLET. Just be sure. Keep shooting until the threat is gone. There is nothing worse than stopping too early.

Also important to consider is the meaning of the word “cover”.

Remember that some things just cannot give you enough cover from gunfire. There is not much better than a big pile of compact dirt or concrete wall between you and man who shoots at you.

Use common sense with taking cover, objects like a wooden door, bush, glass and similar are not cover, they are concealment. They can maybe HIDE you, but you still can be killed with bullets through it.

Many times in my online course, I mentioned it that in SHTF you need lots of ammo, people shoot at whatever is suspicious. If you are hiding behind a wooden door, an attacker can shoot burst just through the door, to be sure. You are not covered.

The will to kill

When I wrote those 3 points about what the guy with TT gun did and why he did not hit the other man when he shot at him, there needs probably (but I will never know for sure) to be number 4 and that is “he did not actually want to kill the man”.

Yes, even in life-threatening situations lots of people simply would choose not to kill, even if that means death for them. I believe it is something that some people simply can not do. They are not capable of that, to take some other person’s life.

Maybe it seems to you that this is not connected with this topic of stopping power, but it is. So while choosing what weapon is good for you, you need to ask yourself “Am I capable of taking another man’s life?”

Any hesitation can kill you when it matters, whatever caliber you have.

The lesson here is, instead of researching “tactical” stuff online, learn about survival and go down to the shooting range. Find yourself a gun with a common round in your area. Find a gun that yo shoots well with. That is what makes sense. Forget all the endless debates about “stopping power” and “calibers.”

The gun you know how to use best has the most stopping power.