SELCO: The Truth About SNIPERS and How to Survive Them 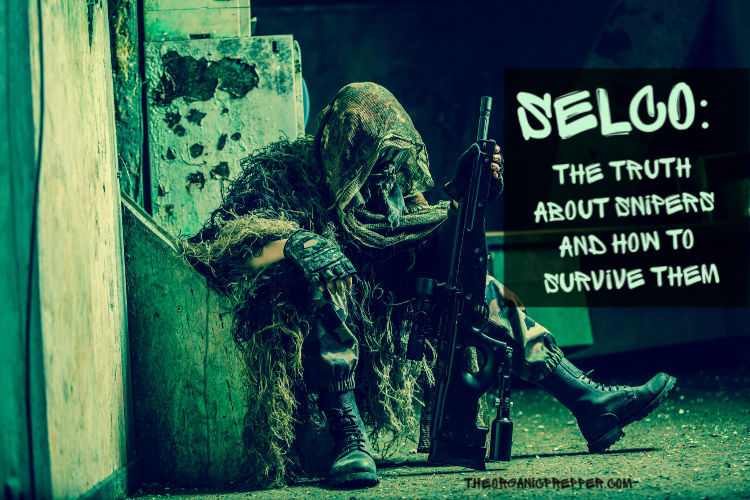 Because of the growing fear of mass shootings and terrorist attacks all over the world, advice about how to survive mass shootings or sniper attacks are everywhere, and there are useful but there is a bit of confusion there.

Sniper attacks in collapse and mass shootings today in peaceful times have a lot of common things, but some facts are different.

I will concentrate here on some advice concerning sniper attacks when SHTF since I have seen and experienced more than a few of those.

What are the reasons for sniper attacks?

I know you all seen movies or read the books about sniper attacks that are been made with careful planning and surgical precision from a great distance, by highly professional personnel. You might see that when the world goes to s**t, but most probably you won’t ( unless you are in the military profession).

In days of chaos, snipers were used mostly for one particular reason – to give folks a feeling of HORROR.

Now, you can say that you are not going to face civil war, and situation like me, so you are not going to have situation where you gonna be faced with those kinds of snipers, but keep in mind that all that you need for similar situation is the fall of the system (because any reason), lack of resources, and fight for domination over certain territory (it can be county, city, or even few streets or villages).

So, usually, they are used in controlling everyday life and movement by inducing fear and horror.

Snipers are not generally used to eliminate enemy firepower, at least not in mentionable numbers and occasions. They were used to give you a feeling of hopelessness, and to take you away reasons to fight and live. If you feel powerless to defend your kid against that invisible threat, that can take away lot of spirit from you.

Understanding what you can do

Again, for common folks, who are trying to survive SHTF what you can do are a couple of things, and it is connected mostly about understanding how threat works. If we are talking about urban scenario it is mostly about where you can be visible for sniping man, and what can cover or conceal you.

Untrained people got shot from snipers mostly because :

Of course, there are more things to consider to prevent dying from sniper attacks, but first, try to understand those three. I go into more details about this in my course.

An urban environment gives countless possibilities for a sniper to be positioned, and no, it does not have to be very far away from you. Usually, it is not. It is usually done from closer than you would expect.

Another fact is that for the task of terrorizing and randomly killing, a man does not have to be necessary highly military trained. Some of the very very skilled snipers that I use to know had hunting experience before, nothing more.

If you have a general idea from what side the threat might come, you are solving only part of the problem. In an urban environment, you need to be constantly aware that the terrain is changing. So what looks to you as a perfect hiding spot (because there is a building between you and the sniper’s general position) might be deadly spot because glass is missing from the whole side of the building in some places, making you visible to the sniper.

Remember, when the SHTF, urban environments will change much more (and at higher speeds) than in the wilderness. What was safe today might not be safe tomorrow just because of a few new holes in the wall that make you visible now)or maybe even a whole wall is missing.

It is a fluid situation, without many constant facts.  That was exactly one more reason for the horror, in most of the situation you were not sure, and that built up much tension.

You were never sure.

And that is the part of their mission, to keep you always in fear.

A lot of words are written about cover and concealment, and the difference between those two. And yes, there is a huge difference.  Are you covered (and safe from threat, for example behind a concrete wall)? Or are you only concealed (and not visible, for example behind a bush, but still very vulnerable from bullets flying through bush, if the attacker knows your general position).

There is nothing that takes too much intelligence there, but how many of us may carry a concrete wall with us in any situation? None, of course.

So the point is that you should be scanning and understanding your own environment while you are moving through it if you are expecting a sniper attack (or any other actually).

As I already wrote, an urban environment during SHTF is very “fluid” in terms that it can change from day to day, or even from hour to hour. So you need to be constantly aware of your surroundings at each moment.

Here’s what it was like living under the threat of sniper fire.

In reality, how that looked in real life is simply like this:

If I want to move 500 meters in some direction in the urban environment, I needed to be constantly aware from what point I was visible and in what moment. I needed to know where and what kind of cover and concealment I can get at that moment.

So I needed to think about what kind of threat (caliber for example) I might face, is the brick wall good enough for that? Can I crawl behind it or can I move faster in squats? Is that car going to give me enough protection? Are there wheels on it? Is the engine still inside so I can take cover or it is just thin metal or even plastic there?

And then am I visible through that shop because it is “hollow” simply because there is nothing inside?

This sounds like a drastic example I know, but it is an example so you can understand how fluid the situation was and how things may change fast.

But most important of all…

Also, do not forget the most simple and useful advice: do not be there! (If possible, of course.)

One of the reasons for prepping is to not find yourself in dangerous situations because you lowered those chances by good preparing.

So for a start do not worry about learning fancy and highly specialized counter snipers techniques. For a start, lower your chances of finding yourself in that kind of dangerous situation. 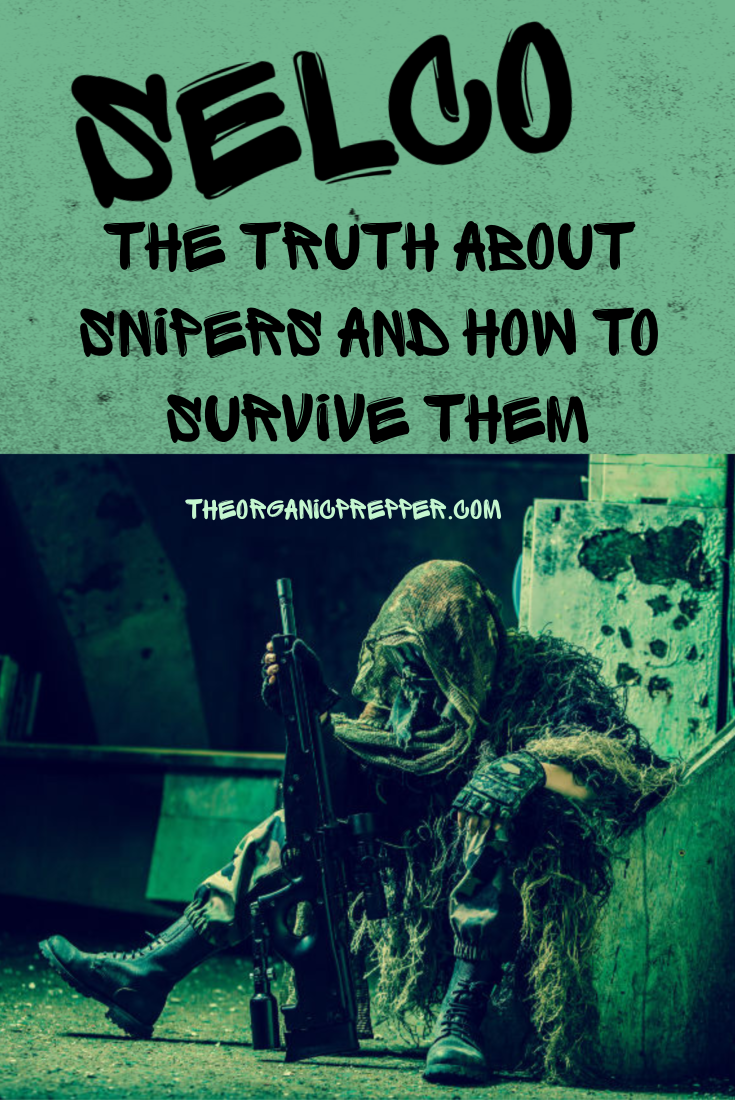