Pardon Me, Your Food is Glowing 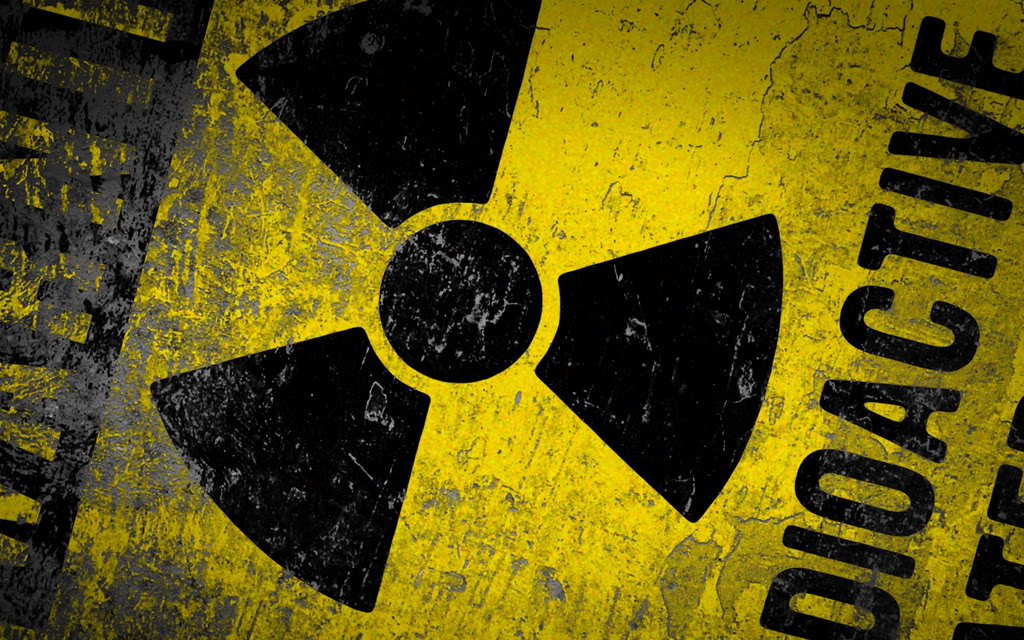 If the one-gallon jugs of milk in the dairy case seem to be glowing, it may not be just from the fluorescent lights  You won’t hear about this from the mainstream media, but the world’s food supply is becoming increasingly tainted by radiation emitted from the Fukushima disaster

Recently, on the West Coast of the United States, radiation levels were found to be unsafe.  Thankfully, the Environmental Deception Protection Agency has responded quickly:  they’ve closed down 8 of their 18 radiation-testing facilities in California and upped the “safe amounts” of radiation that we can absorb.   I’m sure we can all now breathe a deep sigh of relief.

Just in case you don’t find the EPA’s response to the crisis to be reassuring, there are some things you can do to protect your family from radiation in the food and water supply.

Produce can become tainted in two different ways.  First, radioactive particles can settle on the plant while it’s growing.  Secondly, when the soil becomes contaminated by “hot” rain, it can be taken up through the root system.   Broadleaf vegetables like spinach, arugula, cabbage, lettuce and kale are more susceptible to contamination from fallout.  If the soil is okay, then root vegetables like potatoes and carrots are safer than leafy vegetables.

Dairy products and meatbecome contaminated when the animals graze on radioactive grass or plants.  Samples of milk taken across the United States have shown radiation at levels 2000 percent higher than previous EPA maximums.  The reason that milk is so significant is that it is representative of the entire food supply.  According to an article published on Natural News, “Cows consume grass and are exposed to the same elements as food crops and water supplies. In other words, when cows’ milk starts testing positive for high levels of radioactive elements, this is indicative of radioactive contamination of the entire food supply.”

When a person consumes radioactive food, the radioactive substances are digested and absorbed into the bloodstream.  Different types of particles affect different tissues.  For example, radioactive iodine attaches itself to the thyroid gland, and cesium is stored in the bone marrow.

The tissues affected by the radioactive materials are at increased risk for cancer as time passes.  Children and pregnant women face the highest risks from radioactive food because of constant cellular growth and division.

According to the U.S.-based group of medical doctors Physicians for Social Responsibility (PSR), “There is no safe level of radionuclide exposure, whether from food, water or other sources, period,” said Jeff Patterson, DO, immediate past president of PSR, in late March.

Without a lot of very expensive equipment, there is not a lot you can do to test your food for radiation. There are a few steps you can take to limit your exposure, however.

First, you need access to pure drinking water.  Water that comes from an underground source, like a spring or a covered well, is likely to be safe.  Water can also be filtered for radioactive particles. The most effective way to remove the particles from water is a double process.  First, water should go through a “reverse osmosis” filter, and then, a deionization resin filter. This double process removes 95% or more of radioactive particles.

If levels of radiation are high, this double-filtered water should be used for drinking, cooking, bathing and washing dishes. This purified water would also be the water you would use to wash your produce.

Despite arguments to the contrary, you CAN wash radioactive particles off of produce.  Clearly if the plant has taken in the radiation through the roots, it is irrevocably tainted.  Fallout, however, can be dealt with.

Calcium Bentonite clay is a natural substance that actually absorbs radiation.  According to the website, About Clay, “Calcium Bentonite Clay has a uniquely strong negative ionic charge. When activated with water it works like a strong magnet, adsorbing and absorbing anything
with a positive ionic charge (i.e., toxins, pesticides, radiation). The clay captures these substances and removes them as it is eliminated or washed off.”

To wash produce with Bentonite Clay:  Mix 1 part Calcium Bentonite Clay to 8 parts of purified water in a large non-metallic bowl. Toss your produce in this clay water, making certain the produce is completely covered, and let it sit for 10 minutes.  Rinse well with more purified water.

For additional protection, peel thin-skinned fruits like peaches and apples after washing them.

Growing Your Own Food

According to “Health Ranger” Mike Adams, even growing your own organic produce is no longer enough to guarantee food safety.  “Your own gardens are just as susceptible to radiation fallout as commercial crop lands,” states Adams. “Only those who grow food in greenhouses will be largely protected from the fallout. Maybe it’s a good time to buy some sprouting seeds, too, because you can sprout seeds in your own kitchen and grow them free of radiation.”

Hydroponic and aquaponic systems, greenhouses, hoop houses and kitchen gardens watered with radiation-free water will provide the safest food. Sadly, free-range meats will soon be less safe than factory-farmed meats because of the potential for radiation exposure.

Another step to avoiding radiation in your food is to note the origin of the food.  Anything produced or harvested south of the equator is safer than foods that originate in the Northern hemisphere.  Along the same lines, items procured from the Eastern half of the United States are safer than items from the West Coast (at this time).  As the fallout increases, the entire Northern hemisphere may become irrevocably tainted for generations.

Be alert to the meager amount of news coming from Japan: the damaged reactors are NOT under control and further disastrous output could occur at any point in time. Be aware that the media and the world’s governments are NOT looking out for our best interests.  The lives of hundreds of thousands of future cancer victims could be saved if the agencies in charge of food testing, environmental disasters and public safety were issuing truthful warnings and disseminating accurate information.

Instead the party line has been to “avoid panic” through false benevolence, patronizing public statements, sleight-of-hand safety level changes, and other outright LIES. Much-needed food safety testing is not being done, or, if it is, the information is not being released to the public.  Without access to the necessary equipment to test foods for ourselves, we must locate own solutions and resources.

I urge you to do your own research in order to protect yourself and your family.  Don’t trust the mass media or government officials regarding this issue.  They are complicit in the most deadly deceit ever perpetrated on the American people.

Q&A About Radiation and Food SafetyCould Radioactive Fallout From Japan Affect the US Water Supply?

Remove Radiation from Your Produce with Calcium Bentonite Clay