VENEZUELA: Imagine How Devastating a Pandemic Would Be AFTER the SHTF 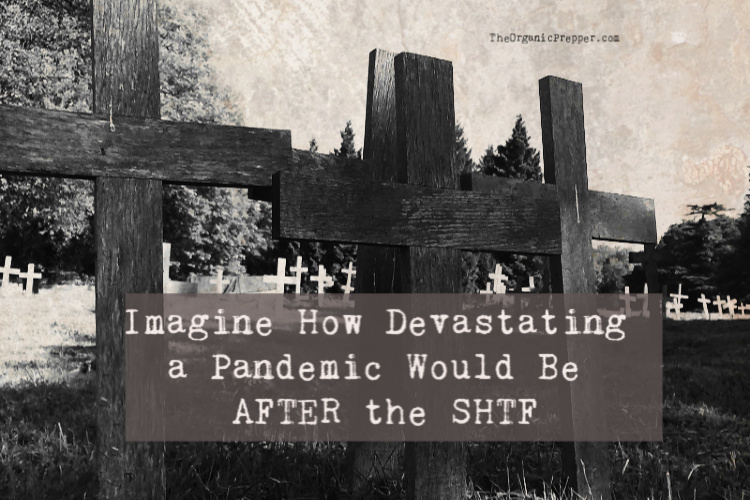 An outbreak of a sickness is always bad, but can you imagine how bad it would be in a country where the system has already collapsed?

They say there is no isolated disgrace. They always come three in a row. My country is totally vulnerable nowadays. Our economy has crumbled. Our medical system has collapsed. We can´t respond in any way to this sort of threat like the coronavirus out of China.

With such a close economic relationship with the Chinese, I heartily doubt the world will learn anything useful about the spreading of the disease. Remember, we in Venezuela are being subject to an extermination policy. Who dictated it? I can´t tell…yet. But once the truth can be told, I will.

It would be worse in metropolitan areas.

The spreading of the disease can be much faster in places like the Caracas metro, where the air conditioning is no longer working, and the crowding of people is constant and quite high. This is the perfect media to get infected. With the coverage of the metro and Caracas being a small city, in a couple of weeks the real disaster will present itself.

My perception is, most of the medical staff will get the heck out with their families. There is a real difference between battling a potentially deadly virus under normal circumstances and a totally different animal when medics are going from patient to patient without even being able to change gloves.

How many of those attending to some medical care center with regular flu symptoms will be contaminated? How are the doctors to be able to perform the needed tests? The gangsters already burned semi-trucks loaded with the aid trying to get into the country and blocked the borders.

It will take longer than usual to reach the countryside

Our vulnerability is high, indeed. However, there are some interesting aspects to consider, brought along with the induced collapse: the lack of mobility will slow the disease spreading outside the cities themselves.

The arrival to the countryside is inevitable, though. There are too many products that can´t be found there, and finally, someone will start trading, and, just as has happened in human history, it will bring the disease.

Despite my acknowledgment of the spirit and dedication of our doctors, my impression is, that given the high level of risk, they will get their families out of the cities, to get out of dodge as well, once the conditions are given. I know there is a lot of control exerted by the military over the hospitals. These have become an underground business in some instances. I haven´t got any proof (yet), but it has been like this for a long time. This was one of the needs for change that people who voted Hugo wanted in the first place. Health care was available freely, but good healthcare was just for those who could afford it.

Back on topic, we know that being isolated in a secluded, self-sufficient and sustainable place is the safest way to overcome this type of disaster, if it gets out of control (at least for some time).

Nowadays, Venezuela is lacking a capable workforce in most of the cities and public administration positions. We all know the disaster already present in the hospitals, without money to acquire the supplies my people desperately need.

The disaster will be unparalleled in our current situation.

You don´t need too much imagination to know what could happen once the mostly useless medical facilities start to receive the patients. Those who perhaps assisted looking for care or accompanying someone who maybe was not even part of the contaminated crowd will be exposed and it´s very likely they will get sick. This part could happen anywhere.

Right now, in the United States, people in the know rush around getting supplies. Hospitals establish protocols.

Under the current circumstances, there is no way that Venezuela can resist an epidemic event. Once the disease starts to affect the barracks where the uniforms live…it´s going to be an epic catastrophe.

Arsenals undefended will be looted. Gang wars will start in a matter of days. Maybe a lockdown of the cities would be enforced…provided there are troopers healthy enough to execute it. Maybe finally, people will lose fear and some kind of revolution starts. This is a truly shadowy scenario, indeed. It reminds me of those areas of Pakistan that suffer an earthquake first and later flooding. Dang.

The Caracas Metro subway was considered once the most modern in all of Latin America. But, as usual in everything the commies occupy, I would rather take a cab, even being broke. It´s not being properly maintained, breaking down in the middle of the tunnels, and people have had to risk their integrity walking between stations…INSIDE the tunnel. Public transportation is one of the most likely ways to get infected, indeed. The other ways are those present in most of the cities. Elevators, stairs, hallways, markets, supermarkets, and alike.

Leaving the city would be difficult once the outbreak occurred.

Once the roads are closed…I don´t know what could happen. The law enforcement organizations lack enough resources. Most of the vehicles are in need of repair. This includes ambulances and fire/police trucks. Someone riding along a road could be subject to harsh treatment if he gets caught. Maybe at night, but with the high risk of road pirates…this is hard to predict.

What I feel is, that those unable to isolate themselves for enough time until the breakout resolves by itself are going to have a real hard time in the cities.

You would need to be in a secluded place, stocked with supplies and some degree of sustainability and communications with the outside world (a police scanner with a good antenna in a mountain hidden of prying eyes would be extremely useful right now if you ask me).  Maybe this will be the only way to survive.

There would be so many deaths.

The few supplies that could be sent to the affected communities, as usual, will never arrive there. It has happened before with the rationing scheme. Just like in every place the communists have stomped, a black market is quickly in place, with all kinds of rationed products at inflated prices.

Facing a sudden pandemic, with our people already weakened from malnutrition, would result in tons of casualties, that´s for sure. Those in charge of at least recording the numbers will hide everything. That data will never be properly collected, and if someday those numbers happen to see the light, they will be inaccurate and unreliable.

The death toll and suffering will be unfathomable.

And it will be covered up.