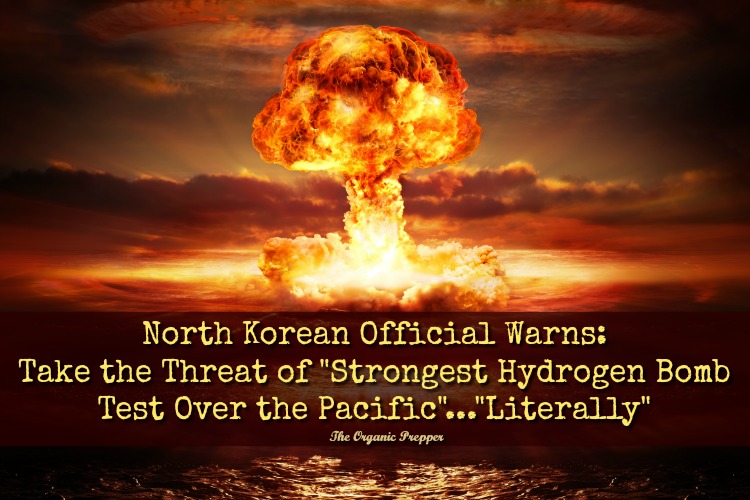 *Please check the end of the article for a correction on the original report.*

International correspondent Will Ripley just told the world on Twitter that North Korea is very serious with the threat to test a hydrogen bomb over the Pacific Ocean. 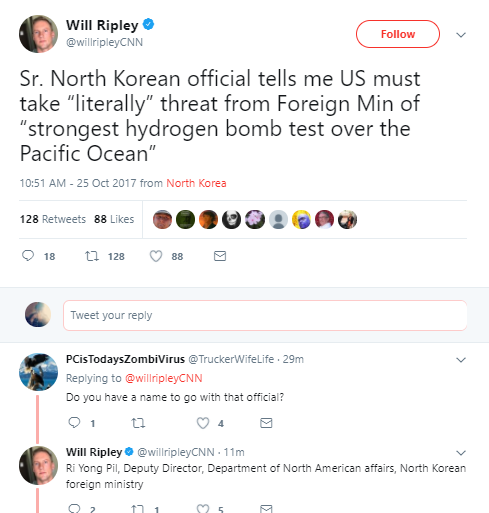 The thing with nuclear tests is that they aren’t harmless. Currently, scientists are concerned that the numerous nuclear tests inside Mount Mantap could end up having long-term ecological repercussions. They fear that the peak is structurally weakening with they are referring to as “tired mountain syndrome.” An earthquake registering 6.3 on the Richter scale followed the most recent test, with four aftershocks. But that’s not all. Something far more horrific could happen if tests continue.

Days after the blast, satellite images showed evidence of landslides as the powerful bomb inflicted unprecedented levels of damage on the area. “These disturbances are more numerous and widespread than what we have seen from any of the five tests North Korea previously conducted,” said the website 38 North, which analyzes North Korea.

Now researchers are suggesting that Mount Tanap is suffering from something called “tired mountain syndrome,” which happens when rocks beneath the land shift and fracture in unforeseen and unknowable ways…

…One South Korean expert told CBS News that further tests at the site could be “potentially suicidal.” Another expert told NBC News that the ongoing tremors and landslides at the site mean another test “could risk radioactive pollution.”

…Experts in China say the consequences of that could be catastrophic. Wang Naiyan, formerly of the China Nuclear Society, warned in the South China Morning Post of the potential for what’s called “taking the roof off.”

“If the mountain collapses and the hole is exposed, it will let out many bad things,” he said. (source)

Now, the tests could hit closer to home. We all remember Kim Jong Un’s initial threat to “test” a nuclear weapon over the Pacific Ocean. This test would devastate ocean life:

The explosion would send radioactive particles flying through the air and into the water. Wind could carry the dangerous particles over hundreds of miles.

The smoke from the blast site could block out sunlight and hinder life forms at sea that depend on photosynthesis to survive. The exposure to radiation could cause severe health problems for nearby marine life…

The changes could lead to crippling mutations in future generations. The eggs and larvae of marine organisms are especially sensitive to radiation, according to experts. Affected animals could pass the exposure up the food chain. (source)

It isn’t just marine life that would be affected. The radiation from such a “test” would drift in very short order over the mainland United States, Canada, and Hawaii according to a “rough simulation” posted on Twitter by Lassina Zerbo, the Executive Secretary of the Comprehensive Nuclear-Test-Ban Treaty Organization.

As you can see from the simulation, the entire West Coast would be affected up into Canada. Then, radiation would spread across the Northern part of the United States.

On the other hand, as some commenters pointed out, there have been many, many nuclear tests since 1945. Check out this video. Things start getting very busy about 1962.

Would a North Korean test in the Pacific be different than these past tests? Stronger? Done in a more vulnerable location? Those are the unknown variables in the equation.

With the recent escalation of the war of words between Trump and Kim Jong Un, it’s difficult to imagine that war is very far off. Horrifying propaganda art has ensured that the North Koreans loathe and fear Americans, and North Korea has boasted that nearly 5 million young people have enlisted in their military to “send millions of nuclear bombs to wipe out the US.”  And Dr. Ron Paul, former senator and presidential candidate warns us that a false flag could also be imminent. (And with our history, who would really be stunned by that?)

If you’re interested in learning more from the experts about how nuclear weapons work, how to protect yourself from radiation, and what to do in the event of a nuclear strike, this course has hours of fascinating interviews. For a quick refresher on nuclear survival, check out this article.

CORRECTION: Originally, I cited one of the numerous articles that stated Barksdale Air Force base has nuclear bombers on alert. The link stating that this was the case has been removed after a reader informed me that the Air Force has released the following statement:

Barksdale continuously maintains and upgrades infrastructure, conducts exercises and modernizes equipment to maintain a baseline level of readiness. This is a part of the organization, training and equipment mission to be ready to defend our nation when called upon. (source)